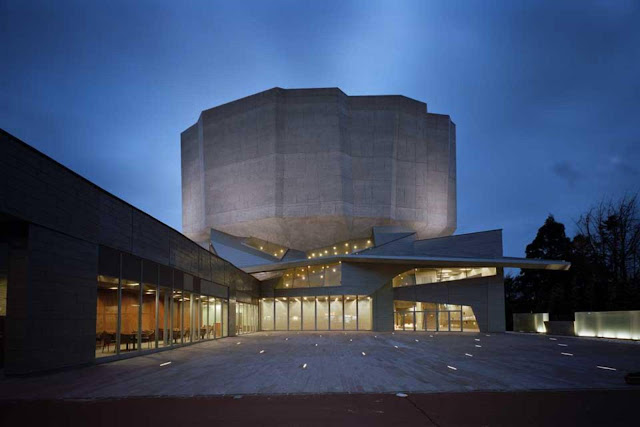 The project’s site was originally divided by a road, a feature which the architects reversed by joining the two sites and creating an indoor street which runs from north to south of the complex, providing access to each of the building’s features. 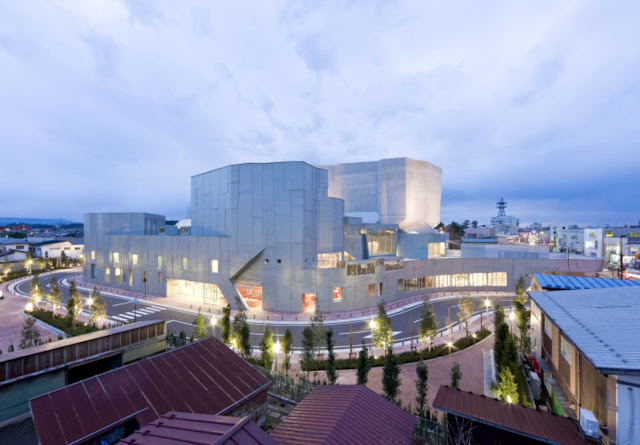 The centre’s name, Kadare, was chosen through a public contest, where anyone could send a suggestion. The chosen name combines the region’s Akita dialect word “kadare” (meaning “to include in one’s group”) with the Japanese verb “katari-au” (which means “to talk with someone else, or a group of people.”) 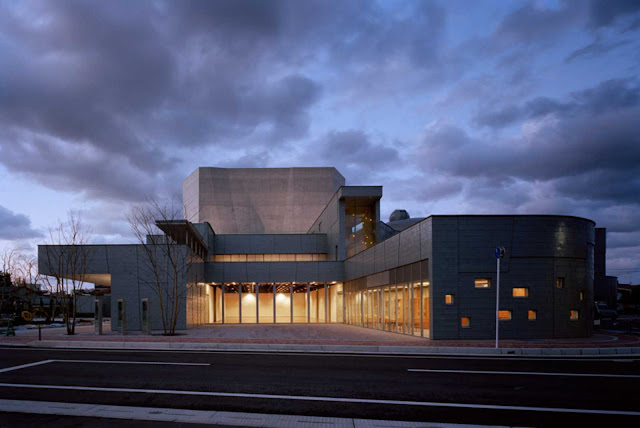 Kadare is a three storied complex, total area of 11,750 square meters, and it consisting of functions such as Theater, Library, Community Hal l, Education Laboratory, Product Pavilion, Restaurant and more. The institution consists of three main zones. Firstly, there is “Gathering Street”. This is a stairwell of 1st and 2nd floors running in North-South direction and is an access space to all the programs of Kadare. People will gather and quest and communicate in this bright street full of exciting stimuli. 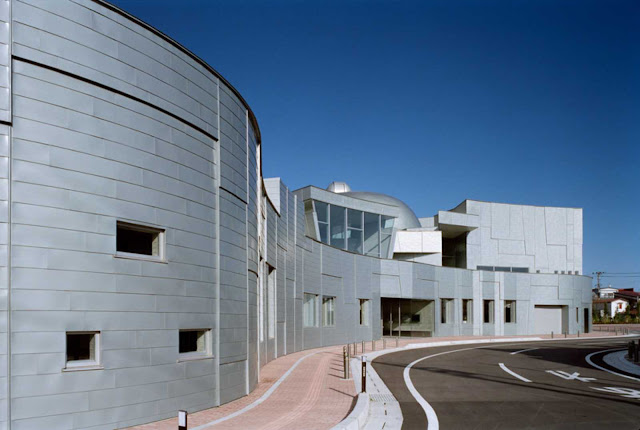 Secondly, “Super Box”, a formation of Theater, Citizen Activity Room, Gallery and north and south Pocket Parks combined. These facilities can be connected together to make a 135meters long dynamic and spacious tunnel. And Lastly, the “Planetarium and Astronomical Observation Room”. This oval-sphere floating above the Library can be used in collaboration with Natural Science Study Room and other rooms such as the Training Room. 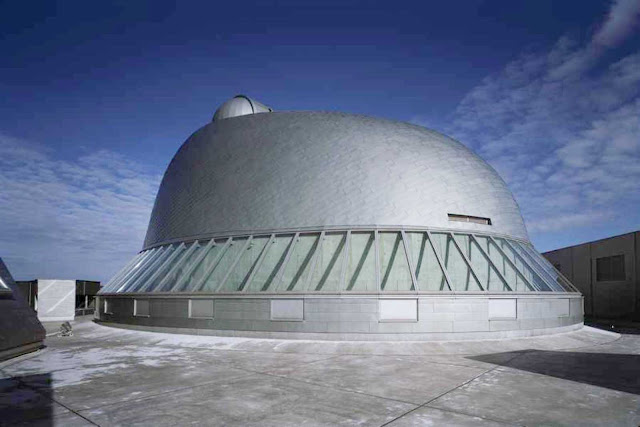 In the Library, of 220,000 volumes, my associates and I have also included a Reading Space and various Browsing Spaces to activate imaginations of children. Other smaller zone are as follows. In the north zone of the first floor, Regional Product Pavilion, Restaurant and Tourist Information Corner are placed providing various helpful services for the local residents. 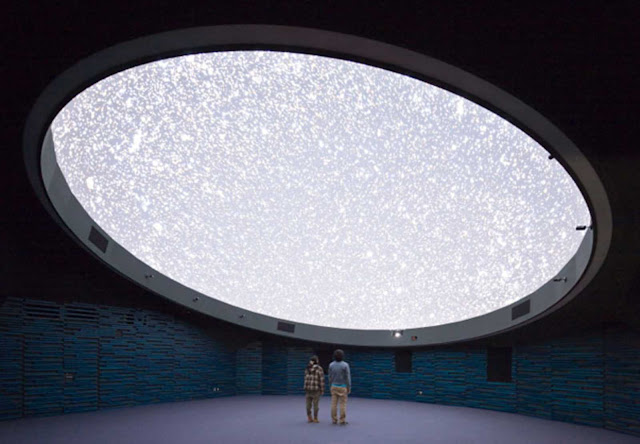 While in the south zone, there are Studio, Practice room, Cooking room and innovative terrace providing spaces for hobbies, l i felong education and communication. On the second floor, there are Japanese style rooms and Tea rooms for succession of traditional culture and holding various conferences. 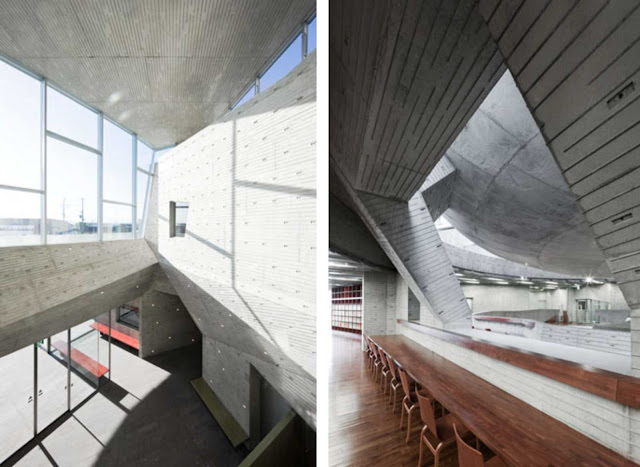 Originally, the building was to be two separate institutions, “Educational” and “Living/Communication” on sites that sandwiched Shin-Touchounan Road. In our plan we had relocated the road to detour eastward around the combined site and suggested a composite institution of the functions to maximize its merit as a complex. We combined the institutions by placing an indoor “Gathering Steet” that gives access to both program areas where the Shin-Touchounan road had been. 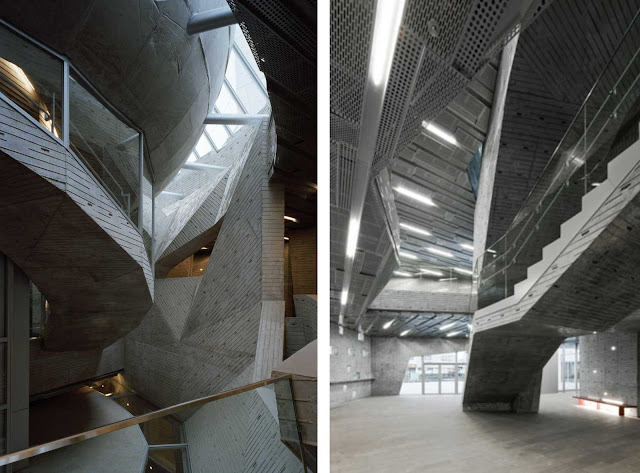 Kadare is an ecological 21st century building. It is carefully planned to be environmentally friendly, be useful in various situations and withstand the harsh winter of Yurihonjyo city. One of the main issues of Kadare was to find an effective way to lead in fresh air and the sunlight to reach all of its 6,775meter s squared area (130 meters long nor th-south di rection, width of 78meters). Through consideration, we have placed a wel lhole public space, “Gathering Street”, running in middle of the complex for natural air conditioning system. 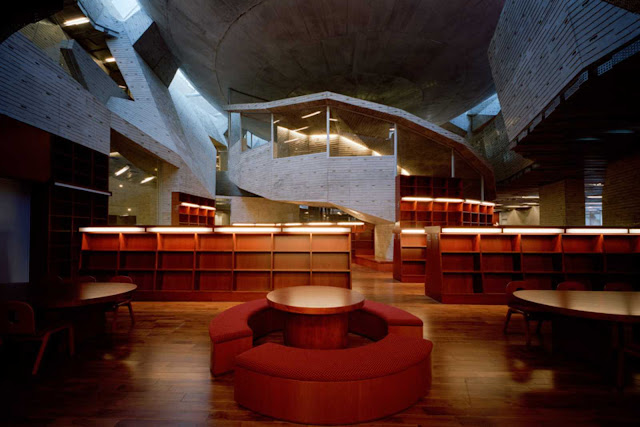 The dampers above four entrance windbreak rooms, windows of the high-side light, and smoke exhaust windows are all inter-controlled from the Managing Room and it allows effective natural ventilation. Kadare reduces the use of electrical light during the day by effectively leading in natural light into places where people gather. In addition, LED light is used for light design in the Gathering Street as part of energy-saving plan. 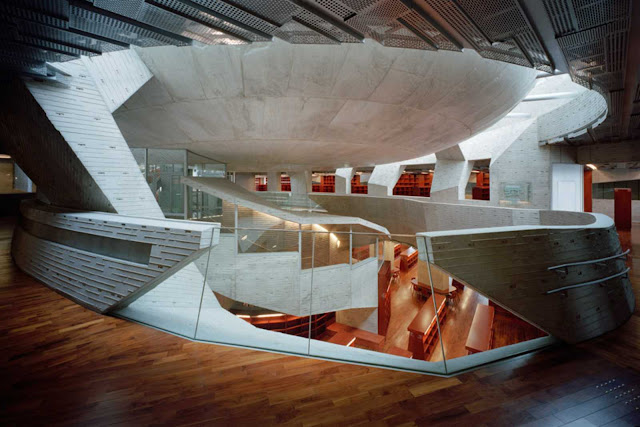 Secondly, walls are outside insulationand have layered sash for effective inner air-conditioning management during harsh cold winter. Lastly the third point is that the spacious Multi-purpose Hall area is occupied space air conditioned. To achieve this in all parts of the auditorium, the seat manufacturer and our associates have co-invented moving and air-conditioned theater seats. Also, open air cooling is used as part of a Hall conditioning system.