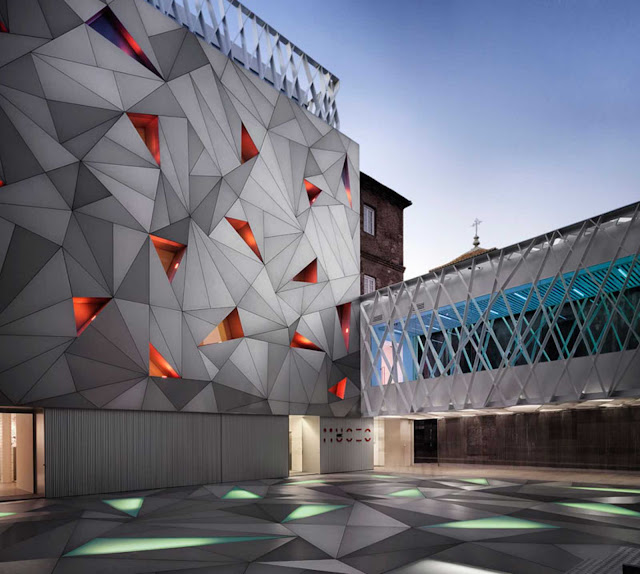 The new Drawing and Illustration Centre of ABC appears with the will to become an artistic reference at an international level and also a symbol of the cultural offer in Madrid. 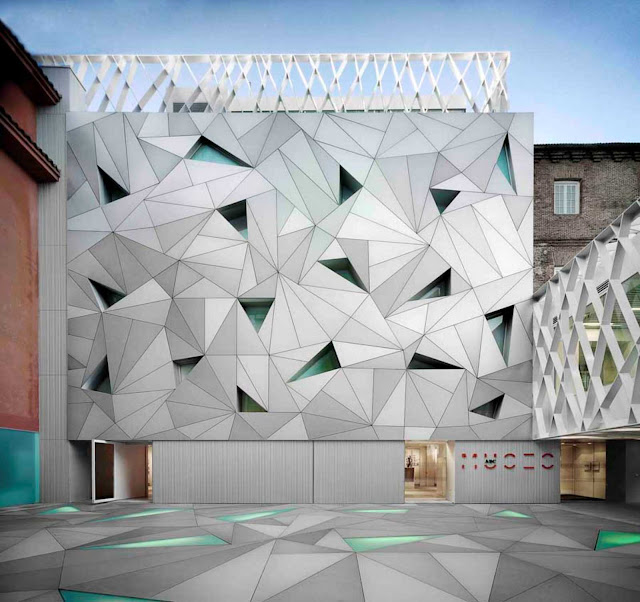 Its installation in the building of the old factory in Calle Amaniel, must respond to an intervention that is appropriate for a historical building, without renouncing to express its contemporanean centre nature with a wide cultural and artistic offer linked to the most avant-garde institutions within our context. 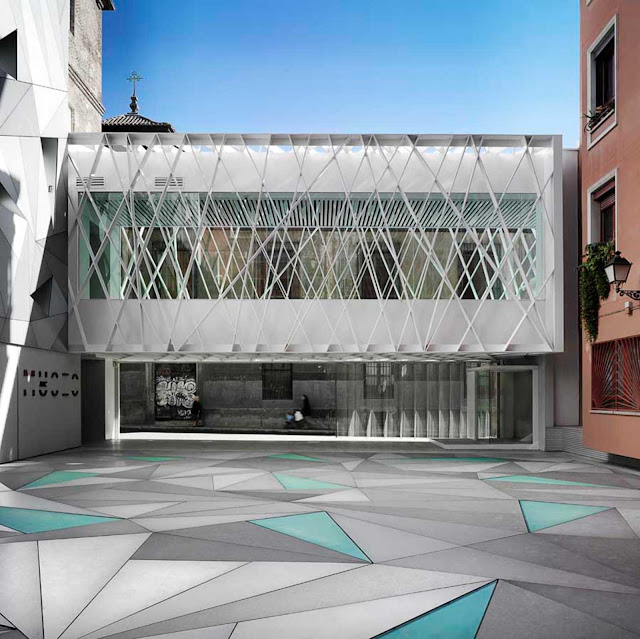 The current building provides access from two streets, connecting these with an internal patio. One of these accesses is currently offered under a one-floor high, longitudinal building body closing the internal patio towards the street. 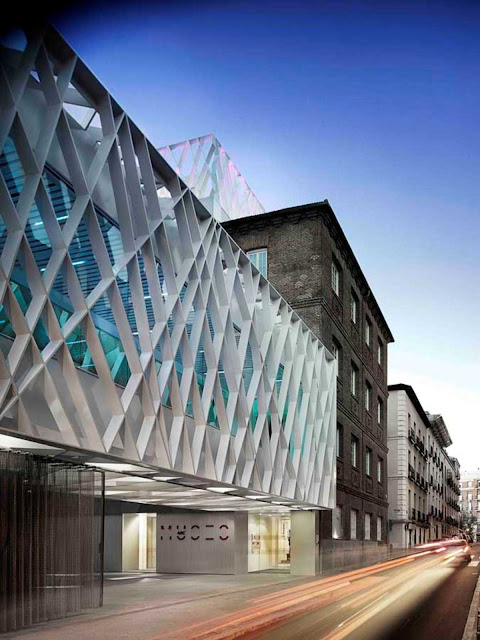 The main doors for access to the new ABC Centre are considered on this front. The aforementioned longitudinal body is restructured for this, as a large translucent glass “beam” that works as the lintel of a gap for passage to the internal patio. The cafeteria will be housed inside this, with the basement floor of the new centre receiving light through a glass floor for access to the patio. 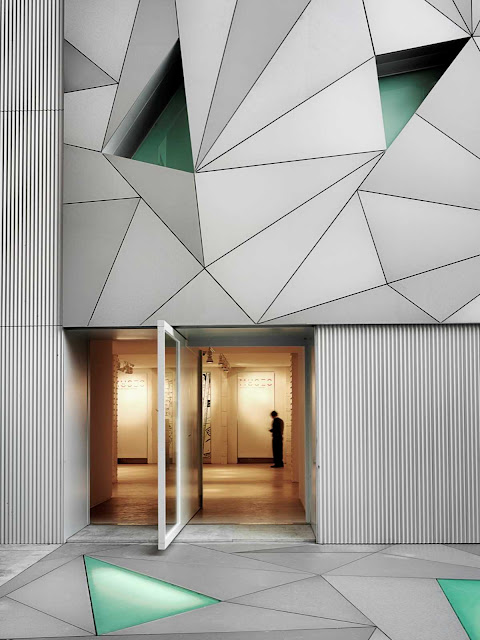 In order to create a space or “atrium” for the new institution, allowing it to express its contemporanean and modern character, the solution presented proposes using the internal patio for this space as a lobby for access to the building, becoming the waiting area before entering. 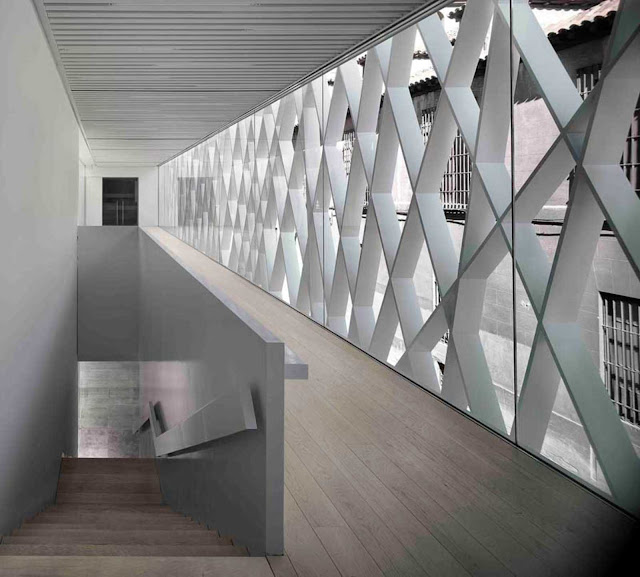 The architectural mechanism used to obtain the aim stated is based on the creation of a “tensioned vacuum”, a “spatial dihedron” formed by the horizontal plane of the floor of the patio and the vertical plane of the internal façade of the old factory. 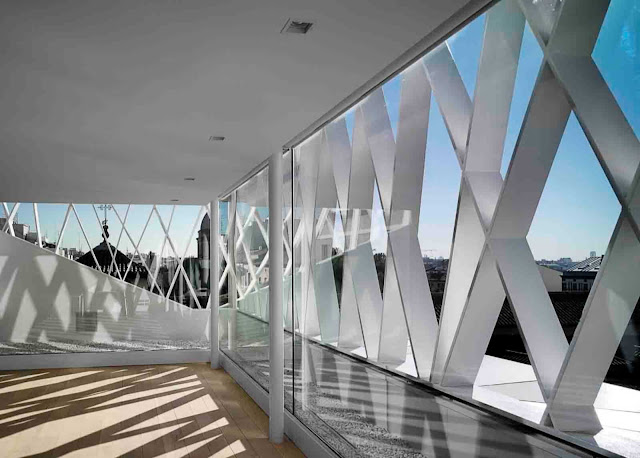 Both planes will be built with the same material, blue annealed steel in a matt grey shade, and both presenting similar triangular gaps, supplying the light inside the spaces served by these. 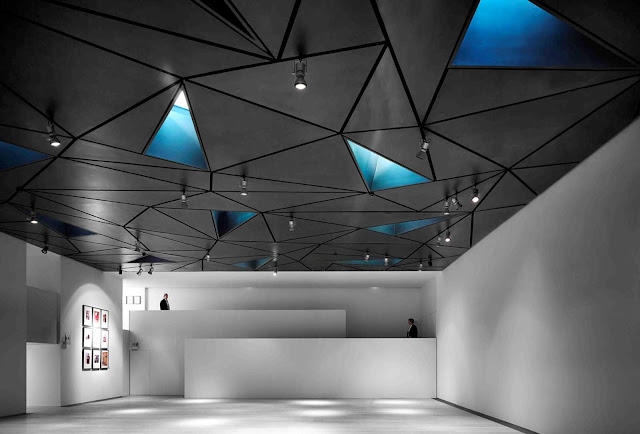 This generates the “weightlessness” between that which is real, imaginary and symbolic. As a “large magnet” it will attract and transport us, with a certain power of seduction, towards the inside of the new institution, causing combined curiosity, anxiety and pleasure when visiting it. 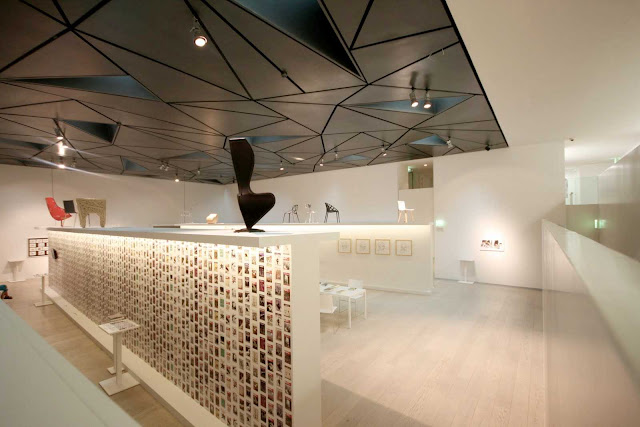 Building at any time a space with a definite scenographic character does not mean renouncing to dosing the feelings caused in order to mark the identity of the new centre. 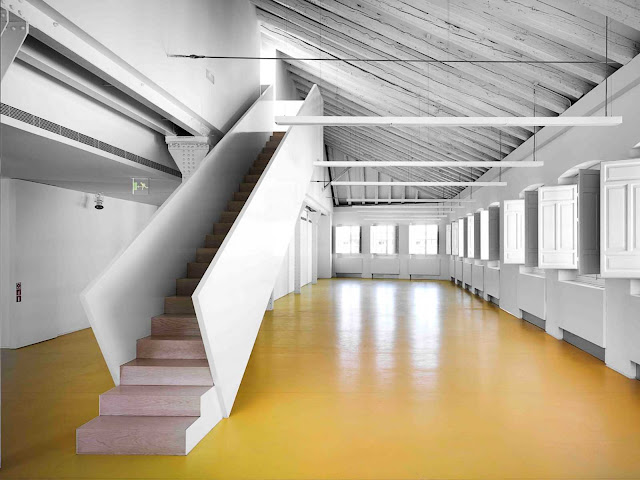 The last operation in the external part of the set, consists in creating a “bar of light” over the roof of the old factory. The construction of this intends to provide spaces to house the machinery of the installations, currently located there, to house a well-lit work and reading area over the city and to identify the ABC Foundation as a new “torch in the city” at the Conde Duque centre. 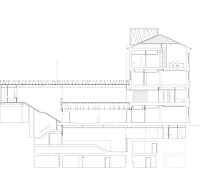 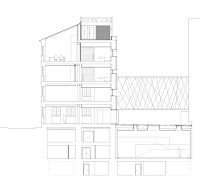