Évry is a commune in the southern suburbs of Paris, is 25,0 Km from the french capital, in 1965 became part of the French new town. 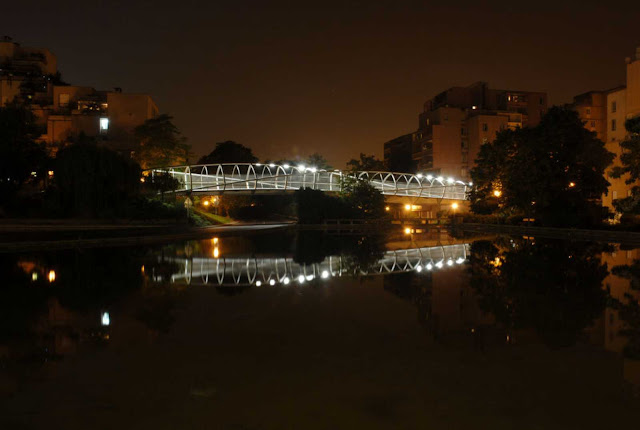 Due to the separation of pedestrian and vehicular traffic, bridges are particularly significant landscapes in public space in Evry. 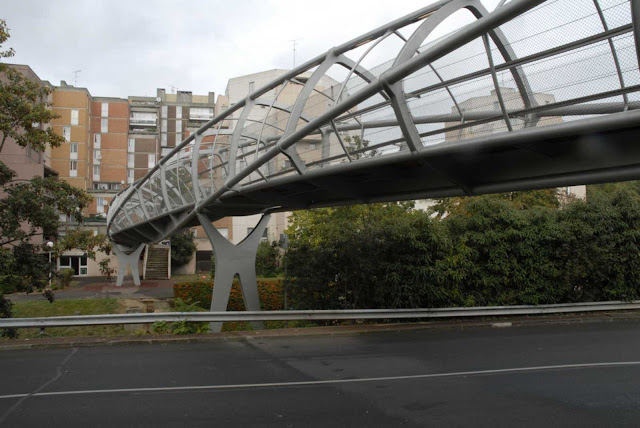 One key requirement quickly emerged: the need to prevent objects being thrown onto vehicles beneath the footbridge.

At the same time as offering better user safety, we also wanted the bridge to be transparent and fun. 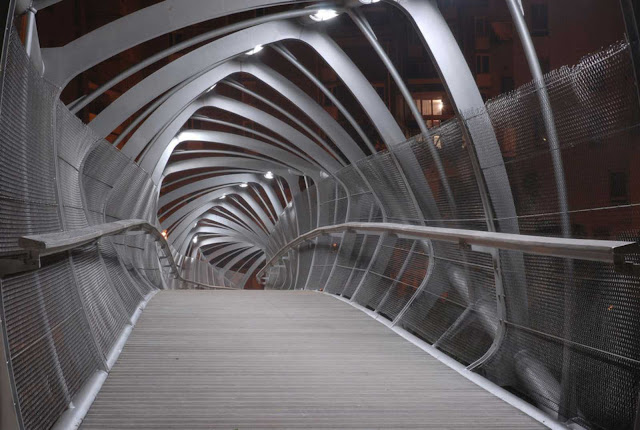 We combined these architectural intentions and technical considerations to create a steel structure forming a volume which encompasses pedestrians. 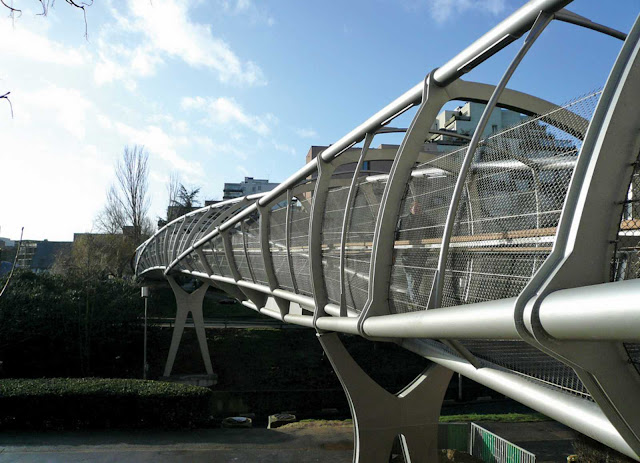 At the same time, we were careful not to create any sense of being caged in. The volume created allows vandal protection to be incorporated on the sides and lighting at the top. 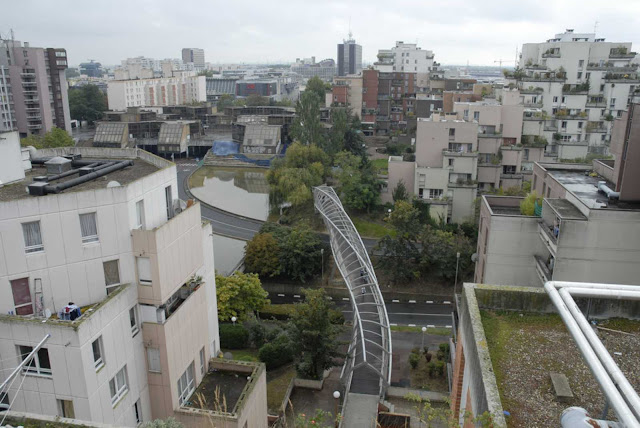 The load-bearing structure consists of an array of round tubes echoing the rotation of DNA across the entire span of the footbridge. 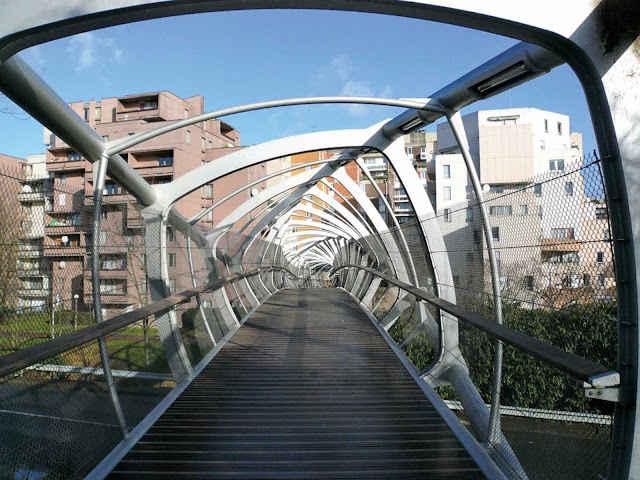