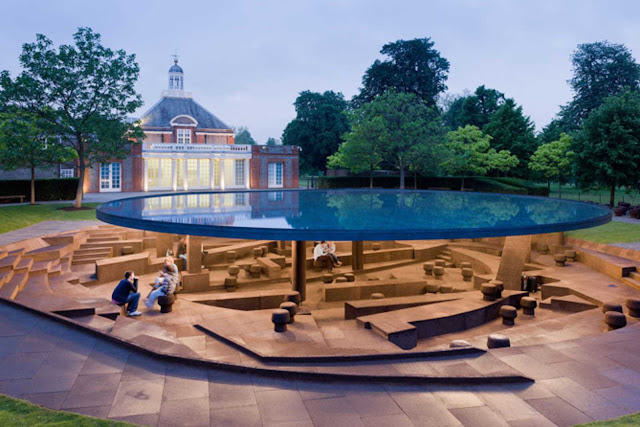 Serpentine Gallery Pavilion 2012,  the structure designed by Swiss architects Herzog & de Meuron in collaboration with Chinese artist Ai Weiwei at Hyde Park in London, a special edition that will be part of the  London 2012 Festival, the culmination of the Cultural Olympiad. 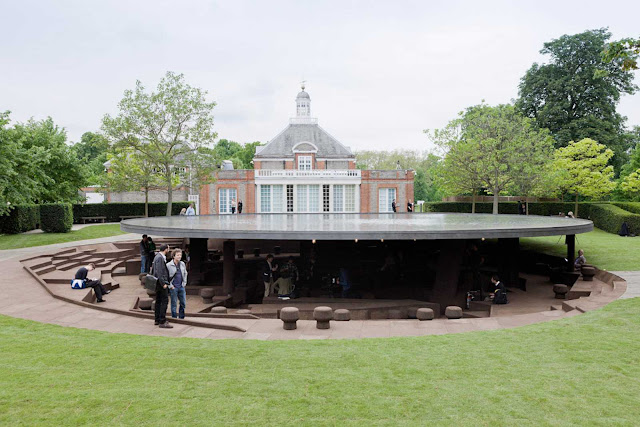 The dream design team responsible for the Beijing National Stadium come together again to create the team’s first collaborative edifice in the UK. Pierre de Meuron & Ai Weiwei makes a special cameo to share his interest in combining art, design and architecture to introduce new possibilities and social change. 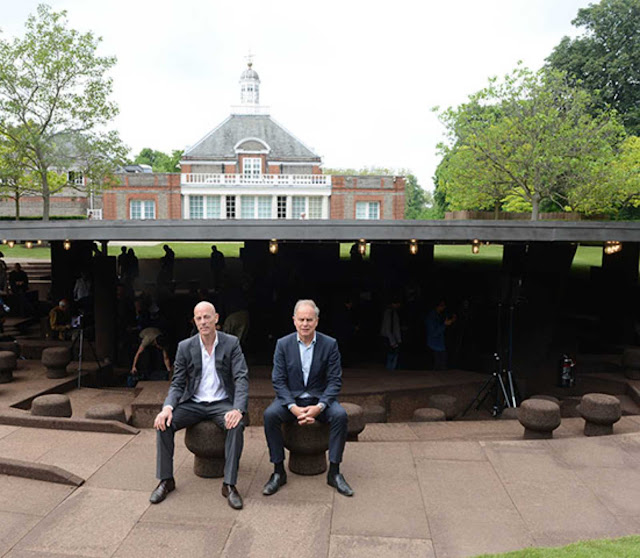 The design is the twelfth pavilion completed for the gallery’s annual commission. The scheme bends the Serpentine’s own rules by allowing a practice which had already built in the UK – albeit in collaboration with artist Weiwei who has yet to complete a building in this country – to design the high-profile project. 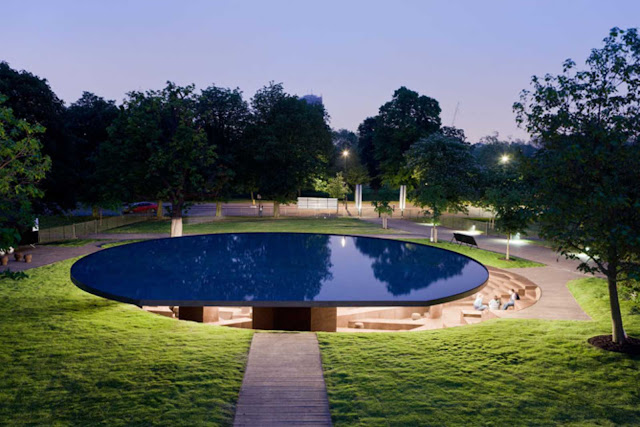 Stirling Prize-winning outfit Herzog & de Meuron and Weiwei’s scheme features 11 columns – one for each past Pavilion – alongside a twelfth column representing the current structure. 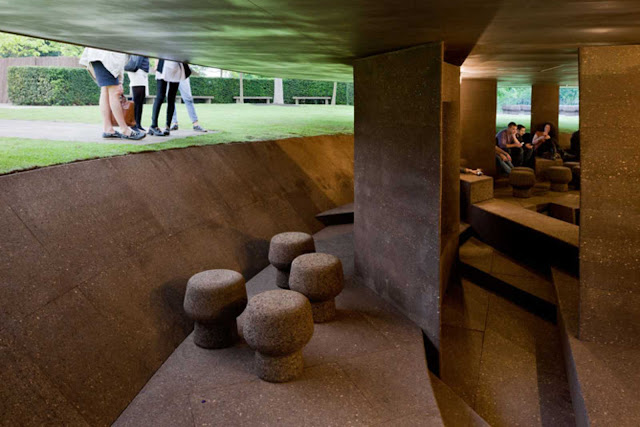 Together they support a floating platform roof 1.4 metres above ground. The interior is clad in cork and the roof features a reflecting pool. 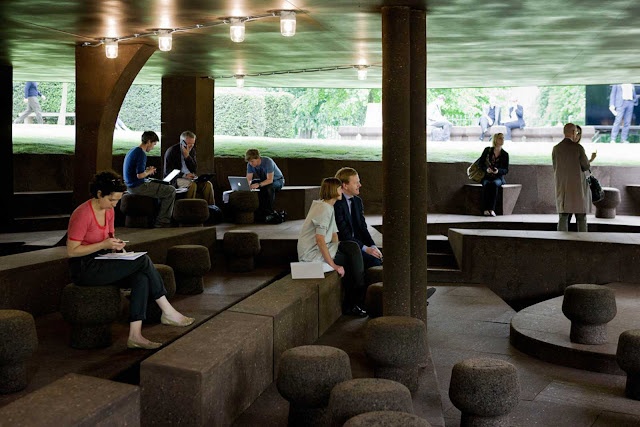 “It’s been more than ten years since we first met Weiwei in Basel, and we all travelled together to China due to his friendship and generosity and interest in bringing something new to his country. 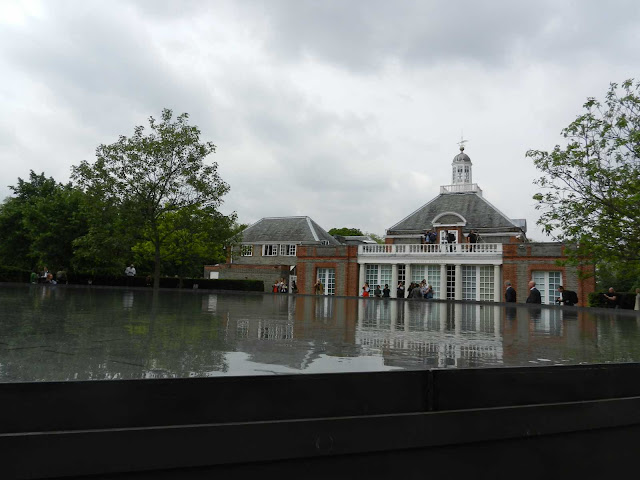 The Serpentine Pavilion is our first project together in the West. It was a very natural feeling to work on it together. It was as if we’d never stopped collaborating and that, I think, is very important. 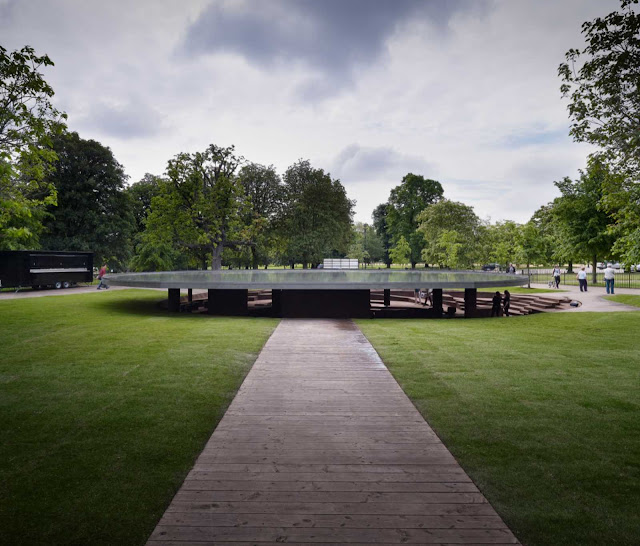 The project has nothing forced about it, nothing artificial and nothing where you could say ‘This is Weiwei and this is Pierre and Jacques.’ It all comes out of our common experience of what we’ve seen and what interests us and what we’ve learnt from all these different trips. That’s how I, at least, have experienced it.” – Jacques Herzog says 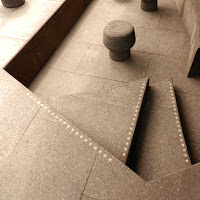 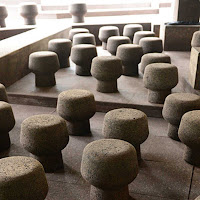