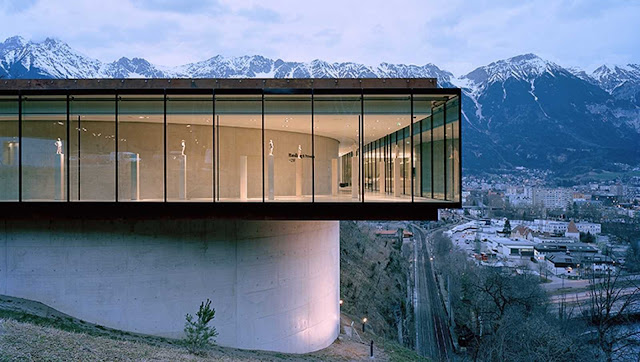 In the remit for the 2006 architectural competition, the greatest challenge proved to be in the layout for the buildings needed to accommodate the Giant Panoramic Painting on what is a restricted site. 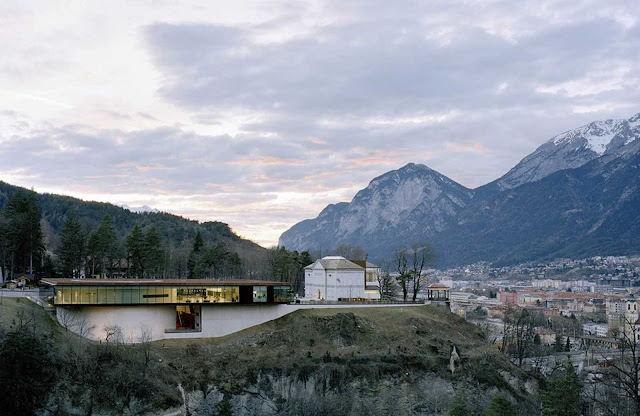 The new building on the Bergisel presented the planners with some complex tasks: under particular landscape, topographical and urban planning requirements, a new building was to be built and connected to the heritage listed Kaiserjäger Museum. A design from Innsbruck architects, Stoll Wagner, emerged the winner from a total of eighty submissions. 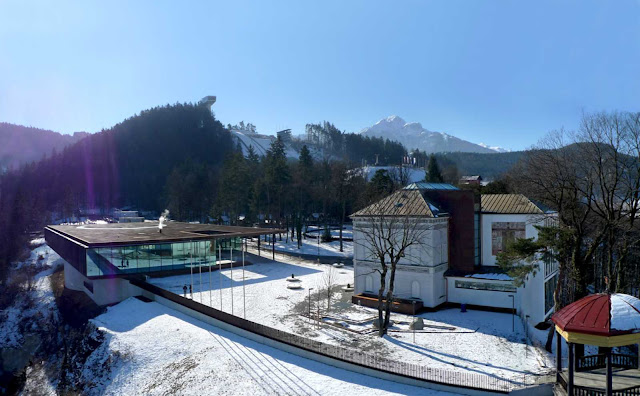 The latest construction blends respectfully in with its historical counterparts. Simultaneously, a spacious forecourt has been created between old and new buildings with an uninterrupted view across the Inn Valley. Together, the Urichhaus, the new building and the Kaiserjäger Museum, with the Andreas Hofer monument in the middle, form a visibly complete ensemble. The old Kaiserjäger Museum building will be left in its typical appearance. 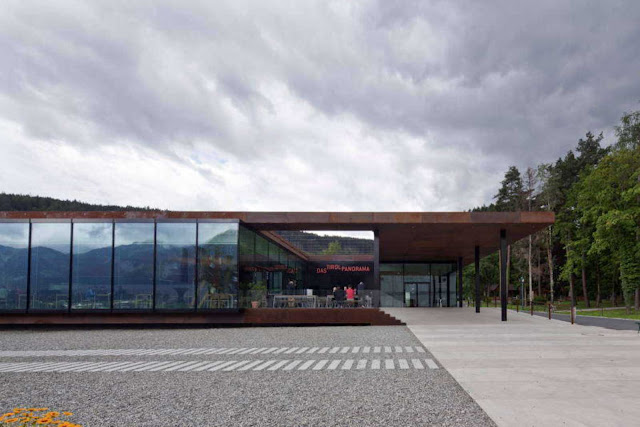 A key element in the design for the exterior appearance of the new building housing the exhibition was therefore the creation of a low-key, low-rise structure in the park-like natural setting on the access side of the Bergisel, while at the same time providing a strong sculptural impact to the east, where it overlooks the bridges of the adjacent main traffic routes on the Inn Valley-Brenner axis. 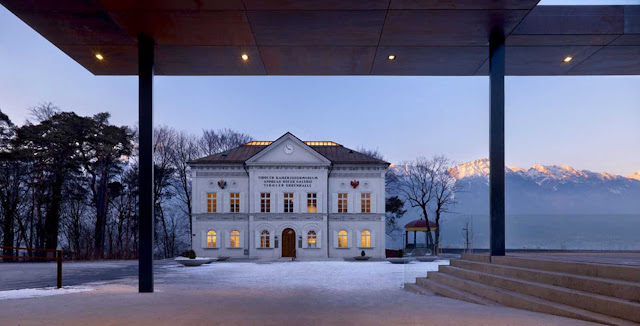 The entrance floor, a flat stand-alone building, occupies the eastern slope that faces the Sill Gorge and it projects some way over it. The predominant part of the cylinder for the panoramic picture was sunk into a hollow facing the gorge – the new rotunda, a striking base for the building, reflects its content. 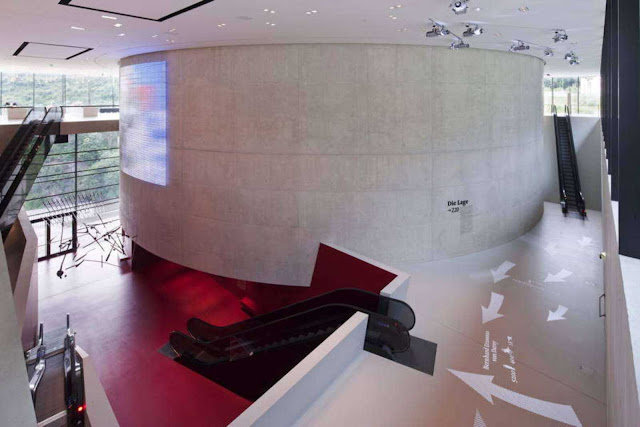 The distance between the new and the historic is given due respect – in between the two lies a spacious plaza with an unimpeded view over the Inn Valley. The entire ensemble around the centrally positioned Andreas Hofer Monument boasts a clear, external boundary, but without any heroic grandeur. 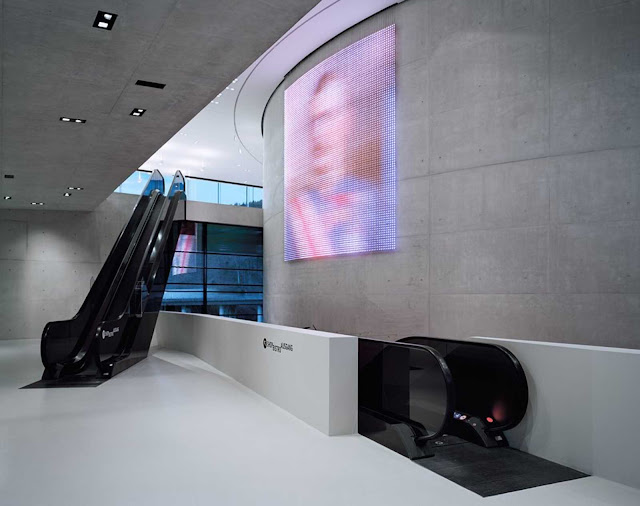 It was in this context that the roof of the new construction was also designed to be consistently restrained as a “fifth facade” – only in the dark is the circular glass skylight directly above the painting lit up externally, thereby identifying its new position even from above. 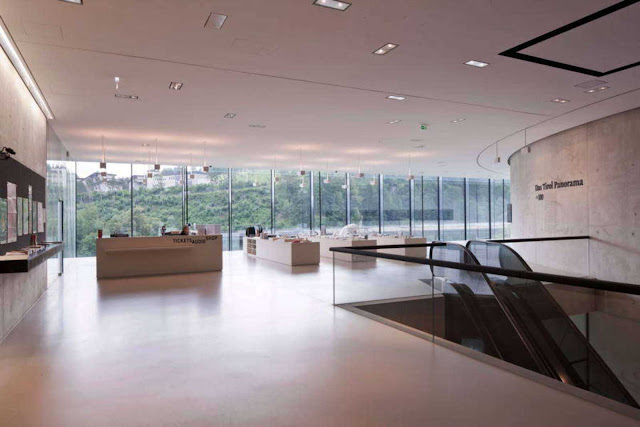 For functional reasons the new restaurant with a clear view out over the city sits alongside a projecting canopy. From the entrance lobby with cashiers and museum shop, the open-plan, multi-storey access hall, a central hub, leads down into the mountain. 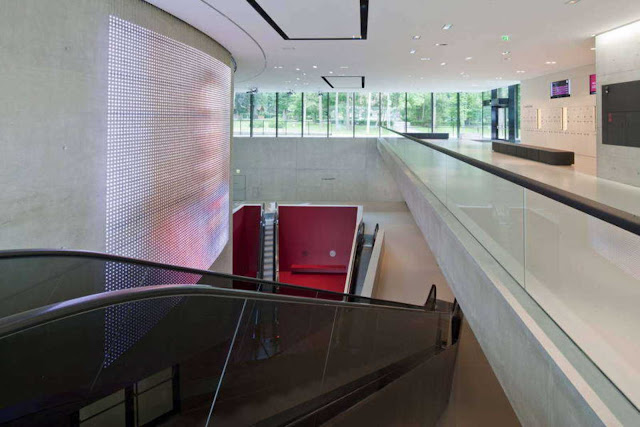 Visible along this central area, designed in a stimulating style with escalators and suffused with ever-changing rays of natural light are a variety of views, not just of the interior of the building, but also of the surrounding landscape. Because of its dimensions, the circular painting is accessed from the second basement level. 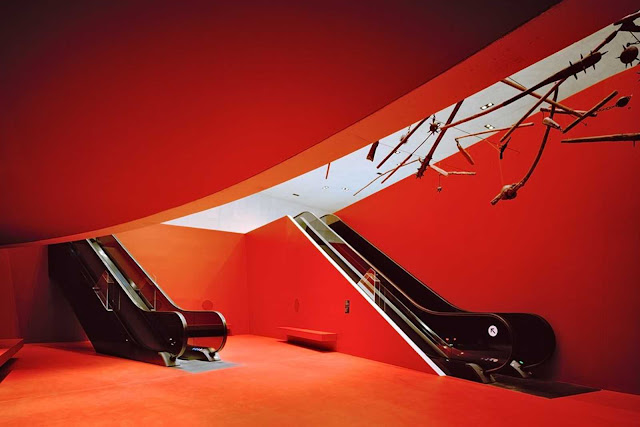 On the mezzanine floor above it, the new building connects to the Kaiserjägermuseum via the large exhibition hall beneath the museum plaza. This old building has been carefully renovated throughout, but a lift has been installed and in some places modifications have been carried out to allow for new uses. Its traditional look has been otherwise largely preserved and, following restoration of the original stonework colour, the facade is now surprisingly elegant.