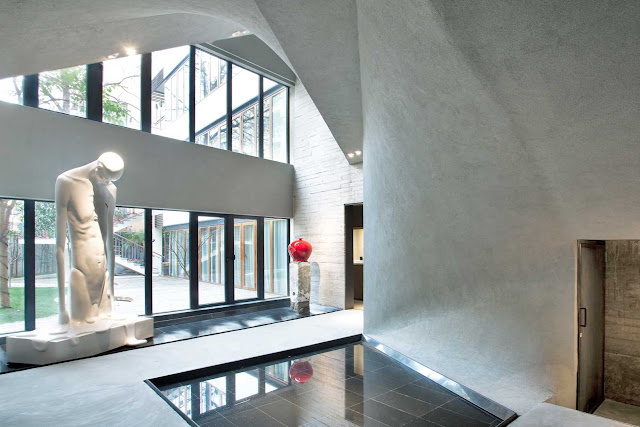 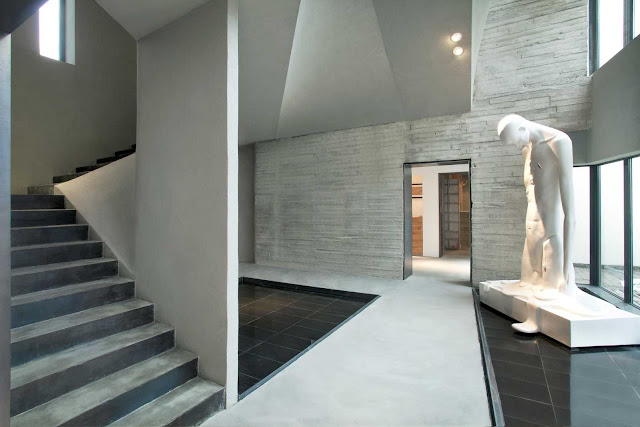 “Faced with the change in the use of the building, we first deconstruct the straightforward logic of the space and blur the functions’ interface” say architects. 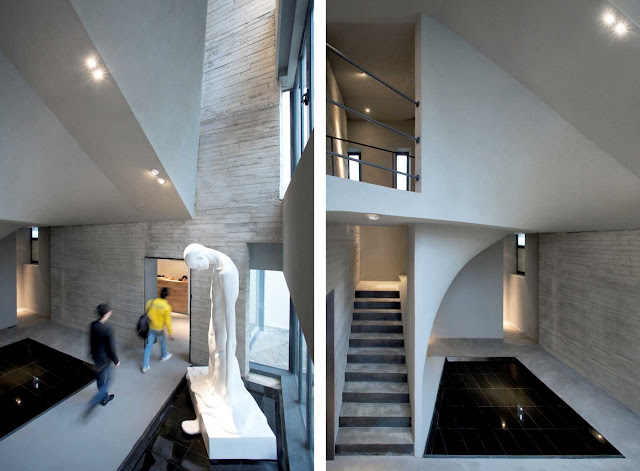 Different layers of functions are organized around the main circulation space, facing the central courtyard. The simple single-layer mode was redefined with the introduction of a non-linear space. 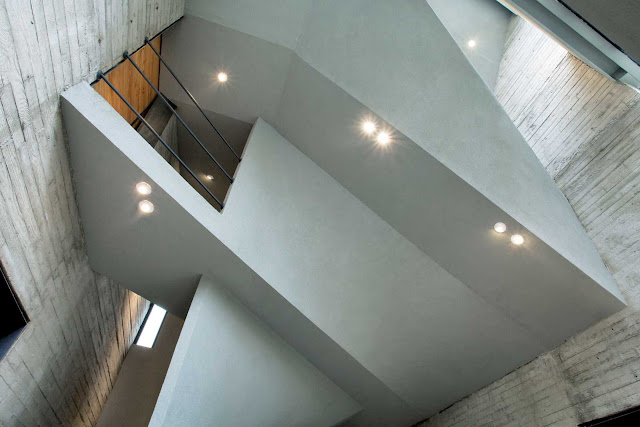 The simple vertical and horizontal circulation movements influence each other in the inserted space, the blur of the interface and boundaries make the space fold and integrated. 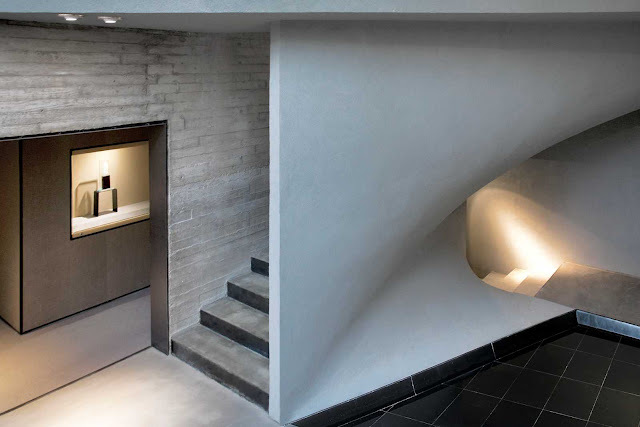 The circulation flow adapts itself to this incision in the body of space. The antithesis between sloping and balance, continuity and boundary turns the simple coexistence of elements into a discussion of geometry. 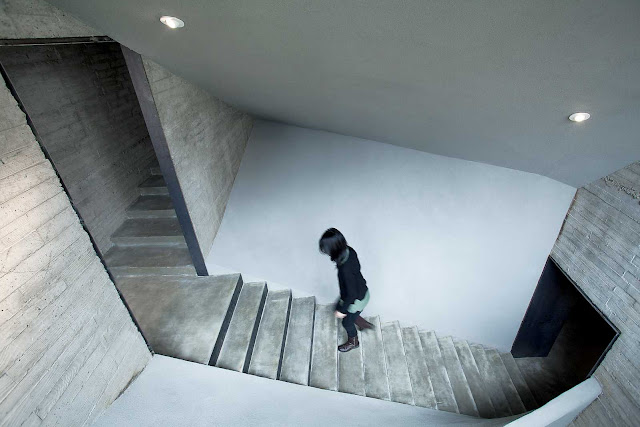 The complex logic of the staircase form breaks the traditional two dimensional layer relations, but it’s not an arbitrary treatment out of control: steps, door openings, handrails, beams and roof are distinguished components of the building structure that have a delicate and reasonable interconnecting relation. 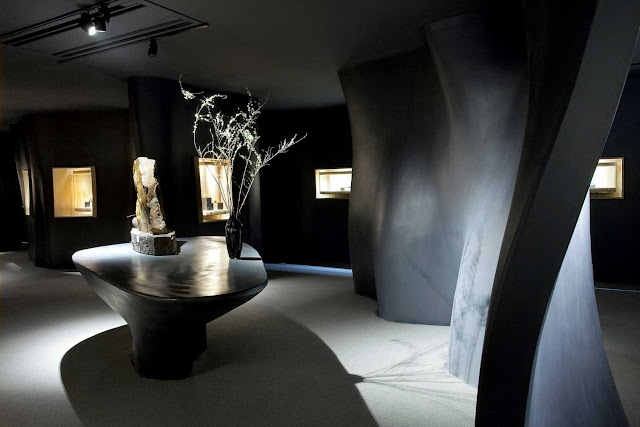 Every perceived line has its logical necessity; but the curving surface softens this logic, it gives the visitor a feeling between rationale and randomness, creates an exciting spatial feeling at the edge of conflicting ideas. 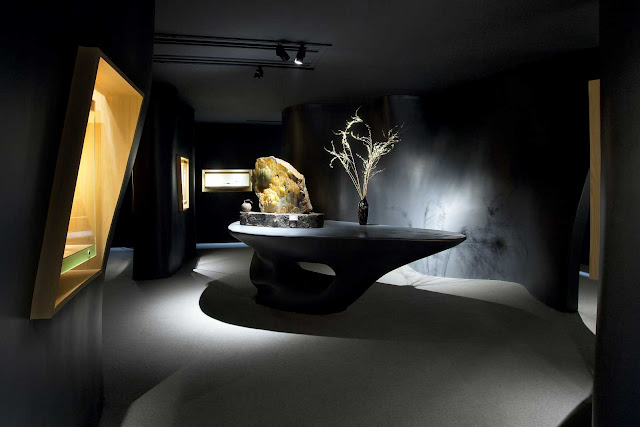 The folding of circulation lines and the twisted form of the inserted space create an entrance on the first floor, which faces the central courtyard. The permanent exhibition hall is located in front of the entrance. 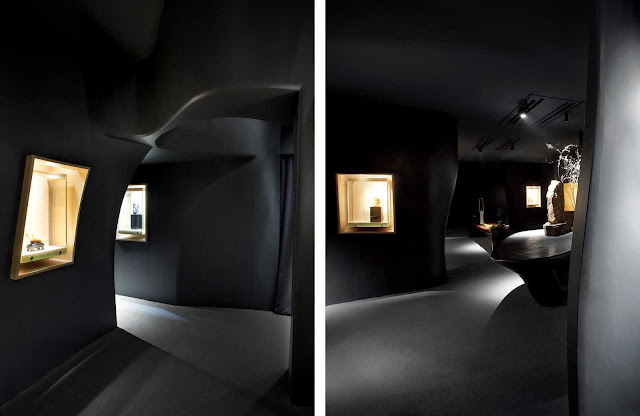 Via the stairs near the exhibition hall, one reaches the VIP exhibition space. The curving walls divide space into several micro spaces and also guide the visitors’ flow. The artworks are placed into the curving walls. 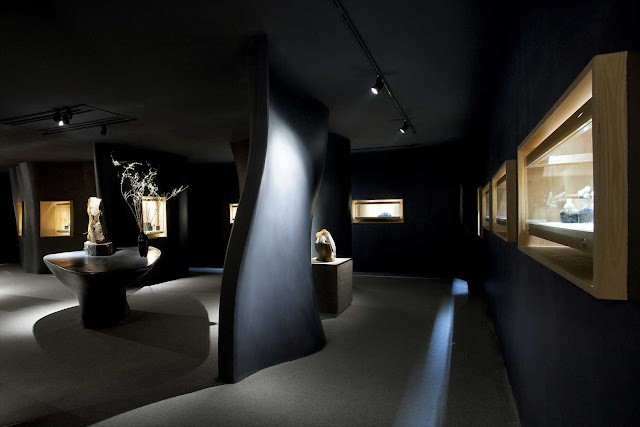 Resting and communication space peer from behind these walls. In front of the VIP exhibition space is the teahouse, which is connected to the outdoors terrace. 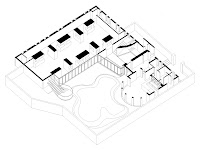 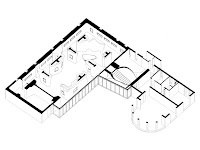