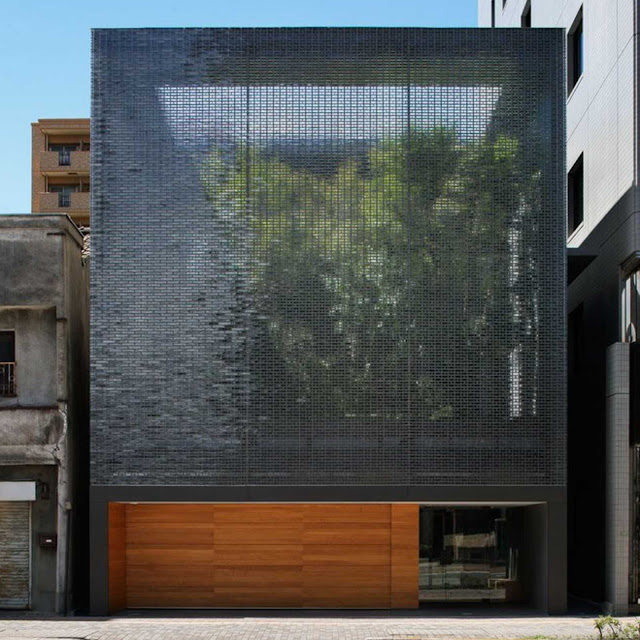 This house is sited among tall buildings in downtown Hiroshima, overlooking a street with many passing cars and trams. To obtain privacy and tranquility in these surroundings, we placed a garden and optical glass façade on the street side of the house. 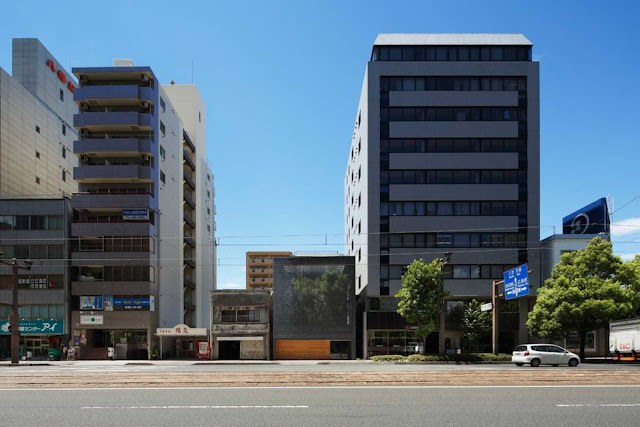 The garden is visible from all rooms, and the serene soundless scenery of the passing cars and trams imparts richness to life in the house. Sunlight from the east, refracting through the glass, creates beautiful light patterns. 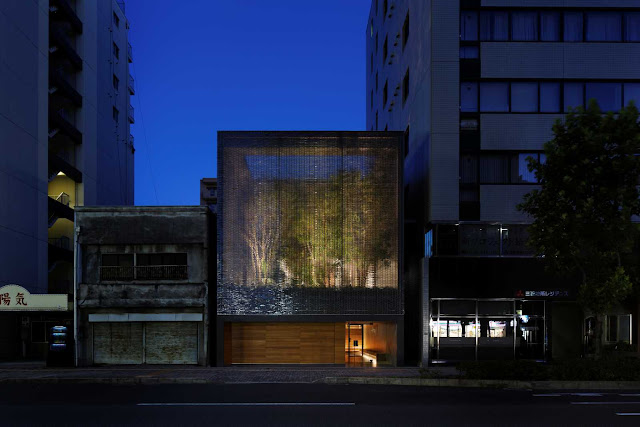 Rain striking the water-basin skylight manifests water patterns on the entrance floor. Filtered light through the garden trees flickers on the living room floor, and a super lightweight curtain of sputter-coated metal dances in the wind. 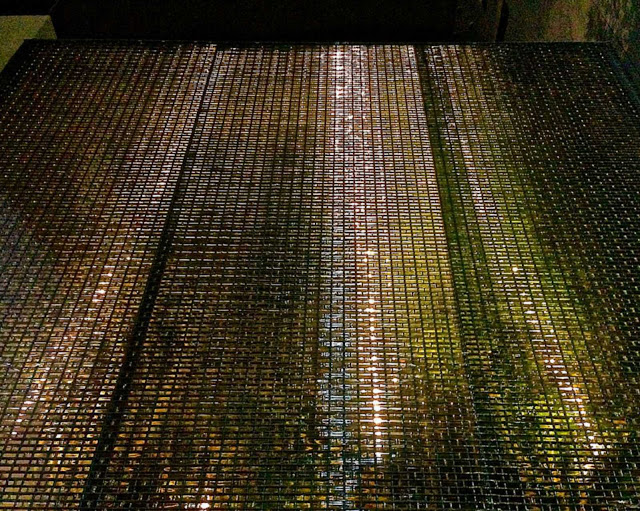 Although located downtown in a city, the house enables residents to enjoy the changing light and city moods, as the day passes, and live in awareness of the changing seasons. 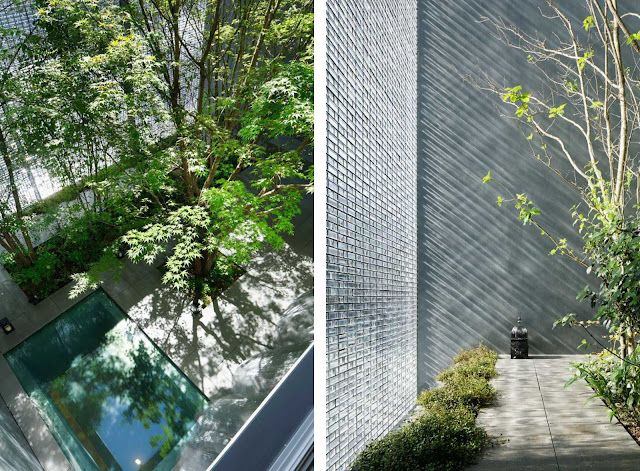 Optical Glass Façade
A façade of some 6,000 pure-glass blocks (50mm x 235mm x 50mm) was employed. The pure-glass blocks, with their large mass-per-unit area, effectively shut out sound and enable the creation of an open, clearly articulated garden that admits the city scenery. 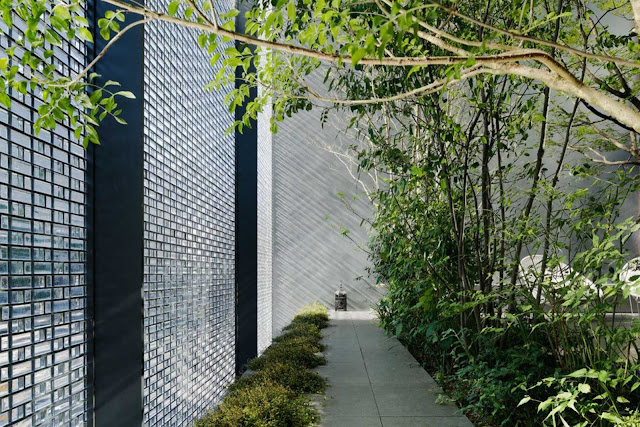 To realize such a façade, glass casting was employed to produce glass of extremely high transparency from borosilicate, the raw material for optical glass. The casting process was exceedingly difficult, for it required both slow cooling to remove residual stress from within the glass, and high dimensional accuracy. 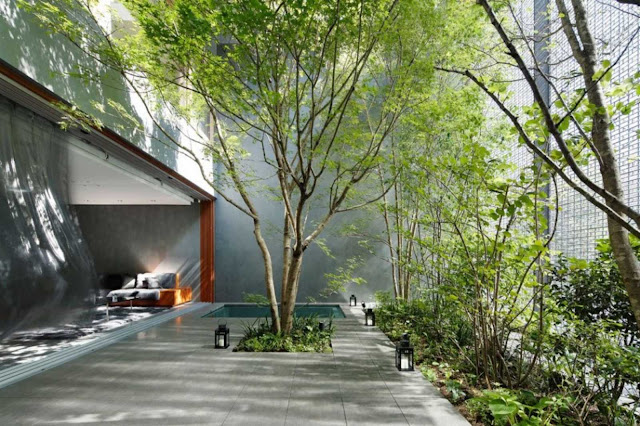 Even then, however, the glass retained micro-level surface asperities, but we actively welcomed this effect, for it would produce unexpected optical illusions in the interior space. 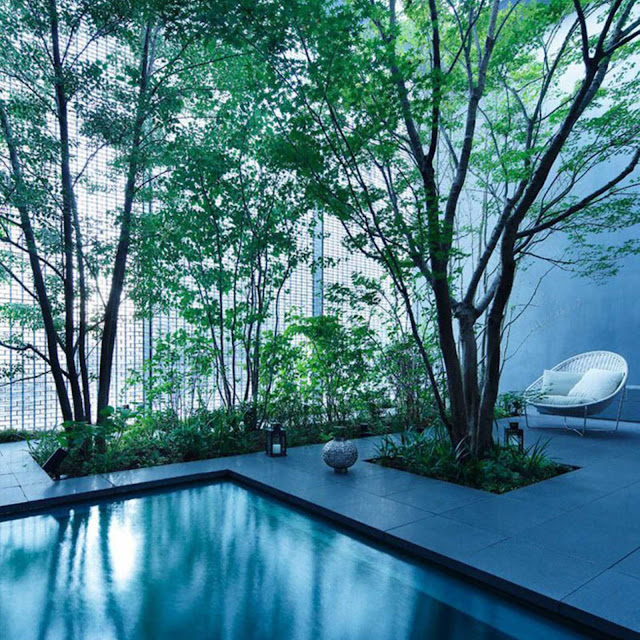 Waterfall
So large was the 8.6m x 8.6m façade, it could not stand independently if constructed by laying rows of glass blocks a mere 50mm deep. We therefore punctured the glass blocks with holes and strung them on 75 stainless steel bolts suspended from the beam above the façade. Such a structure would be vulnerable to lateral stress, however, so along with the glass blocks, we also strung on stainless steel flat bars (40mm x 4mm) at 10 centimeter intervals. 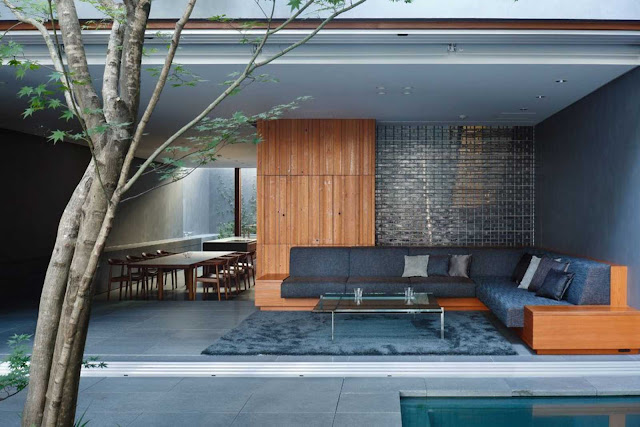 The flat bar is seated within the 50mm-thick glass block to render it invisible, and thus a uniform 6mm sealing joint between the glass blocks was achieved. The result?—a transparent façade when seen from either the garden or the street. The façade appears like a waterfall flowing downward, scattering light and filling the air with freshness. 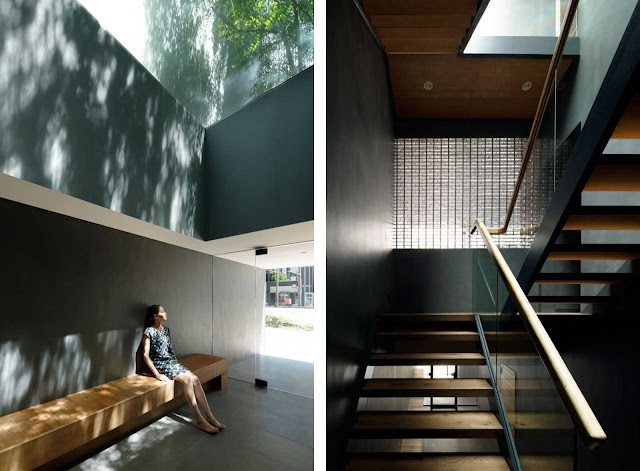 Captions
The glass block façade weighs around 13 tons. The supporting beam, if constructed of concrete, would therefore be of massive size. Employing steel frame reinforced concrete, we pre-tensioned the steel beam and gave it an upward camber. Then, after giving it the load of the façade, we cast concrete around the beam and, in this way, minimized its size. 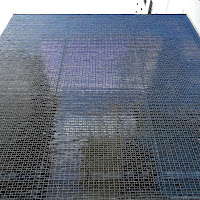 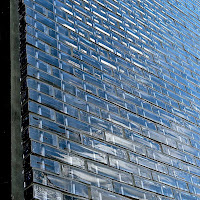 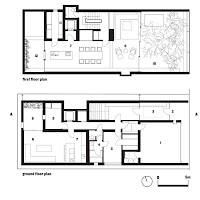 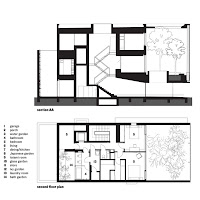