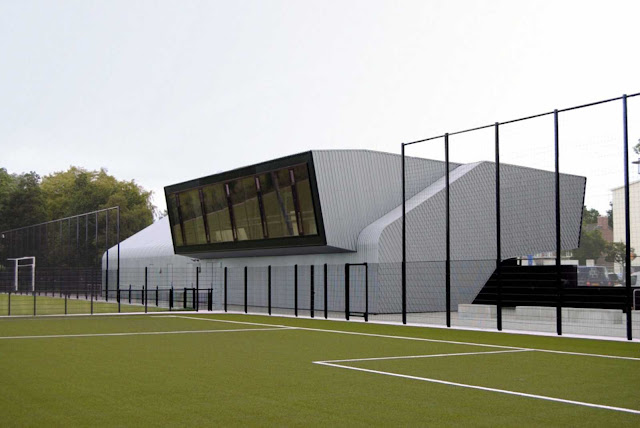 The municipality of Leiden wanted to replace an old sports facilities in Leiden with a new complex which would separate the youth football association from the Leiden sports company. 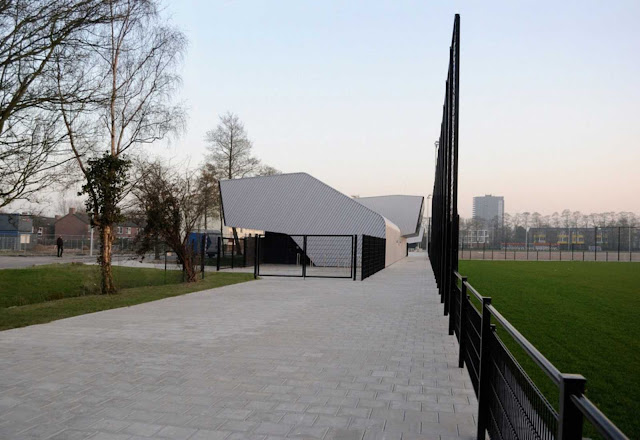 The position and footprint of the pavilions were predetermined by Buro Sant who were responsible for the urban design. 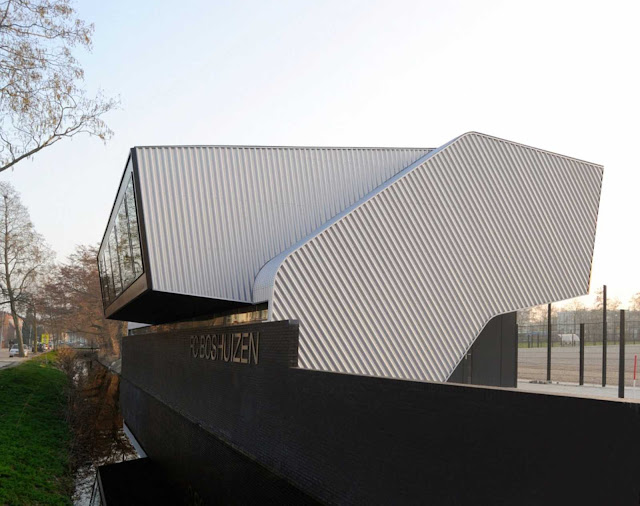 Due to the wide variety of users it was important to strike a balance in harmony between the two pavilions. The first pavilion is dedicated to Football. 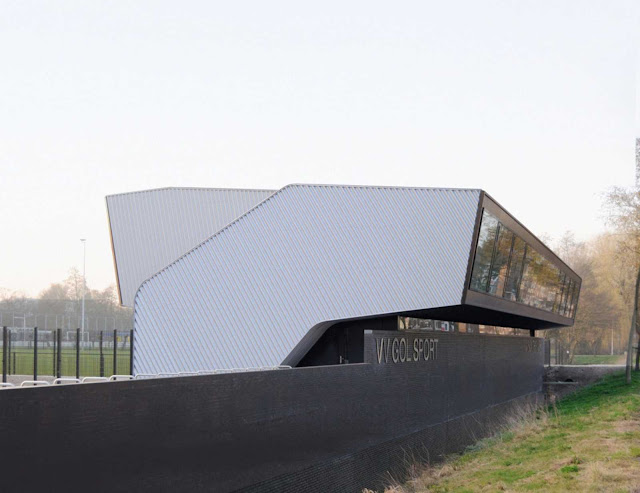 With the changing rooms on the ground-floor and the canteen and office function on the first floor, the canteen has a stretched glass façade which focuses on the playing fields. 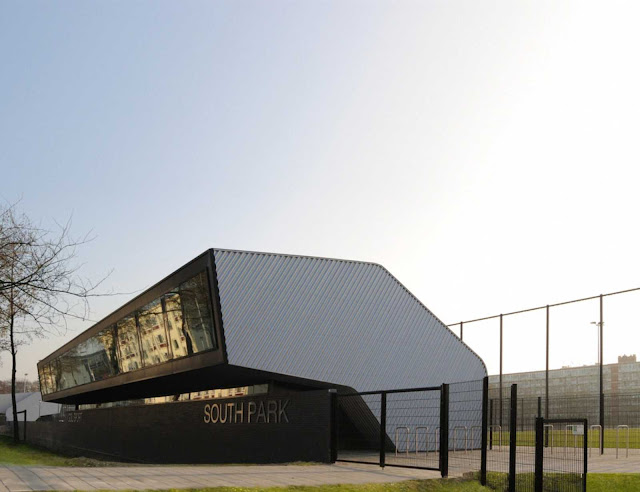 On the other side of the canteen has another glass façade which connects the pavilion visually to the surrounding neighbourhood. 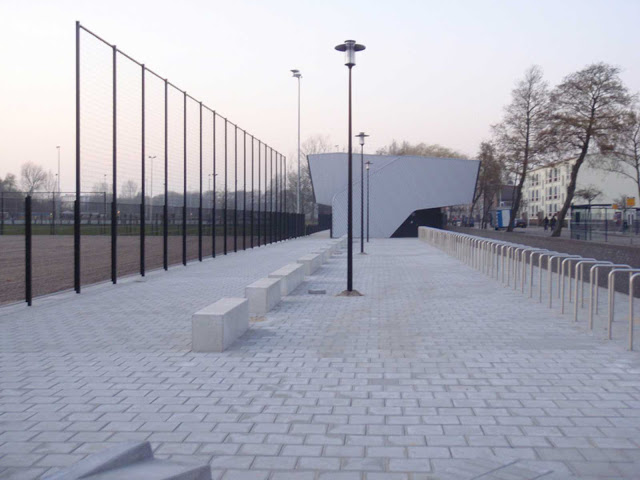 Interaction is more apparent in the second pavilion where there is a glass façade running alongside the street, this wall is also the dividing wall that separates it from the youth soccer association. At ground level the amenities are shared between the pavilions. 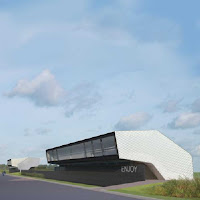 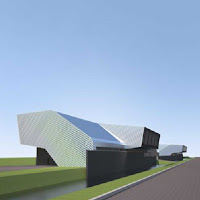 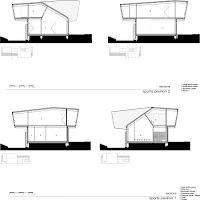 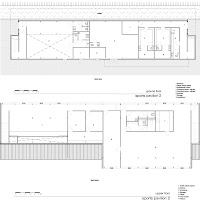