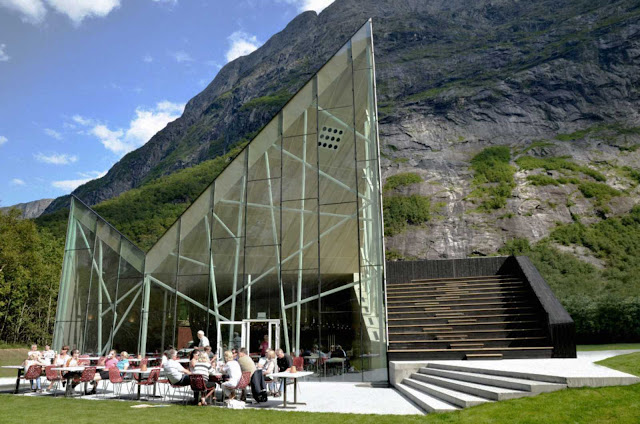 It’s a new cursor at the foot of the Troll Wall. The architecture of the new visitors`center next to E139 is an outcome of the sites` close connection to the impressive mountain wall, Europe’s tallest vertical, overhanging rock face in The Romsdal Valley. 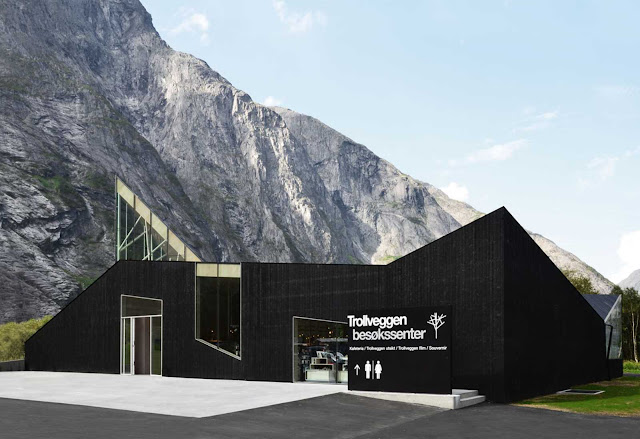 The Romsdal valley has some of the tallest, sheerest cliffs in Europe and is a popular place for BASE jumping including “birdmen” jumping off cliffs in Wingsuits! 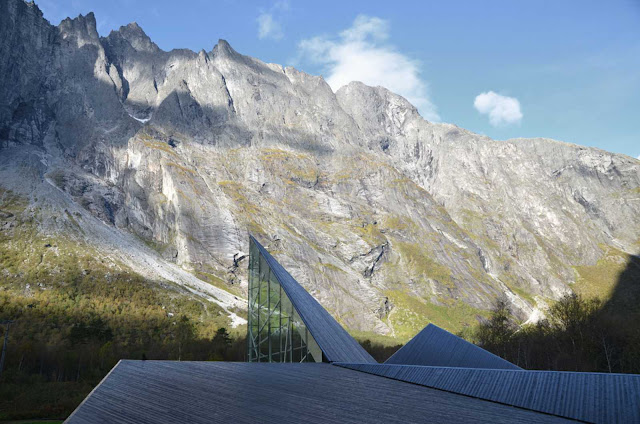 This location allows for an exciting setting for the new service and information center. RRAs proposal is carefully planned in relation to the Troll Wall. 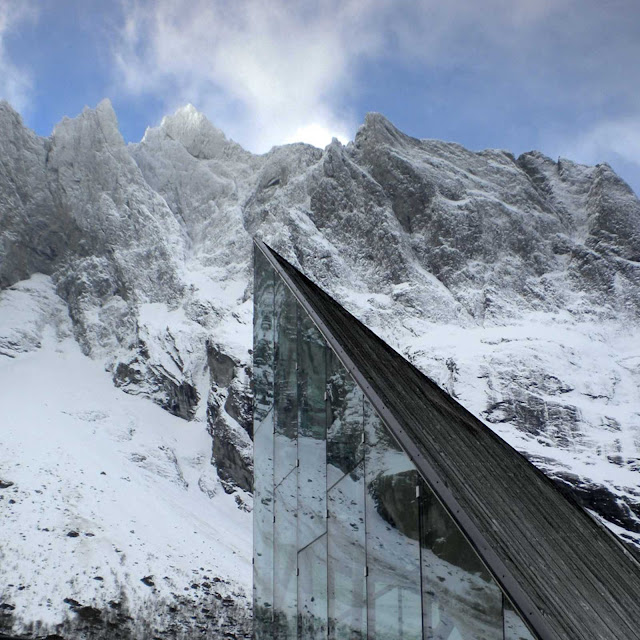 At the same time it is building a character and identity which in itself will be an attraction in the region. 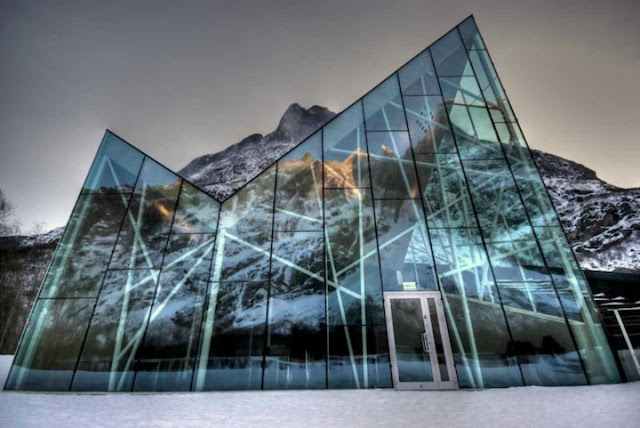 The building has a simple, though flexible plan, with a characteristic roof that has its character from the majestic surrounding landscape. 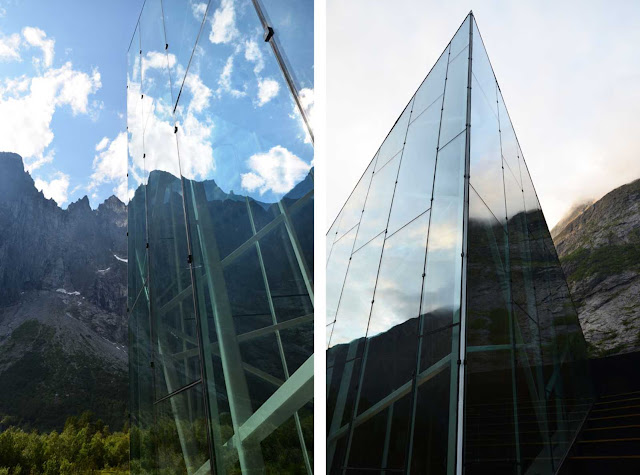 These simple ways of design gives the building its character and identity that makes the Service center an eye-catcher and an architectural attraction in the region. 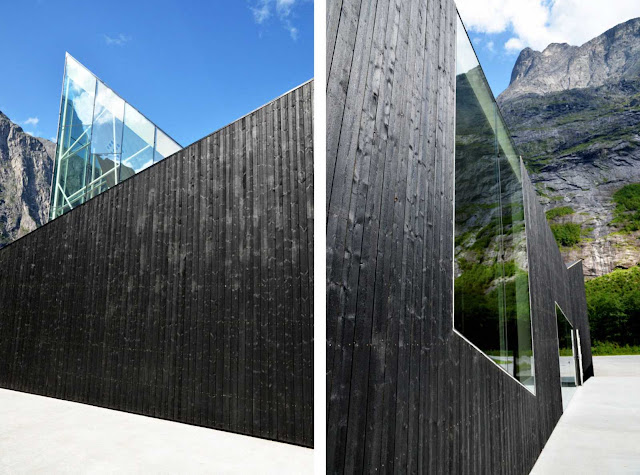 Also echoing the peaks and troughs on the horizon is the sharply undulating roof, which rises and falls in two acute arches, arching gracefully against the stunning backdrop. 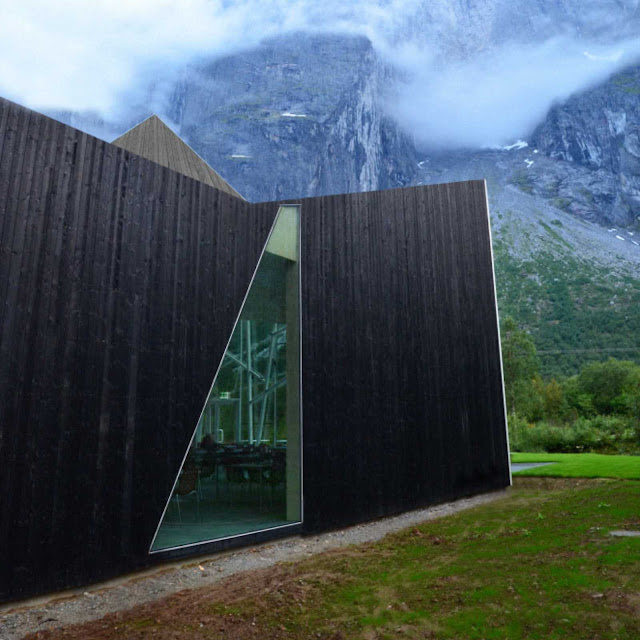 The wall panels that aren’t glass are formed of plastered chipboard and a concrete floor provides a simple if basic setting for the restaurant amenities. 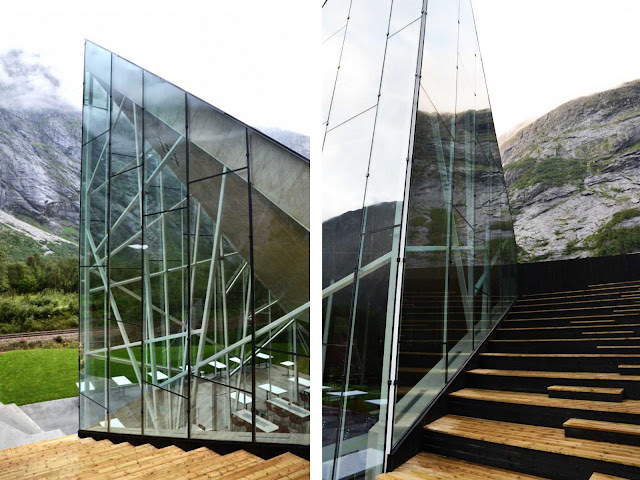 Besides the restaurant facilities – which provide both three course dining and fast food opportunities – the complex offers a gift shop and film theatre, showing a short informative video on the history of the neighbouring Troll Wall. 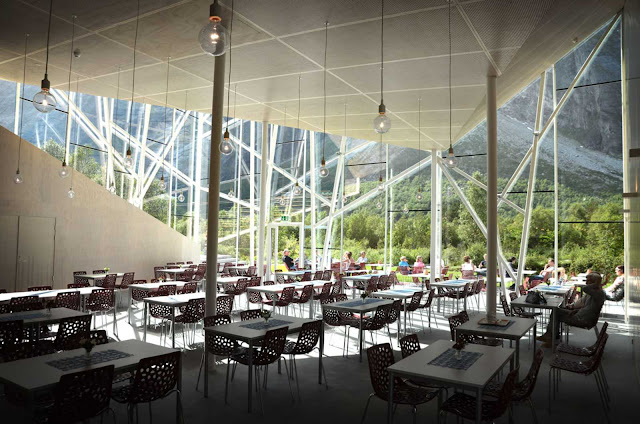 The Trollwall Restaurant is open June to September during the areas busiest season and will provide a base for many public events including music concerts and base jumping meetings. 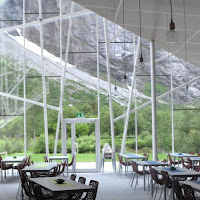 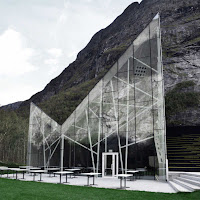