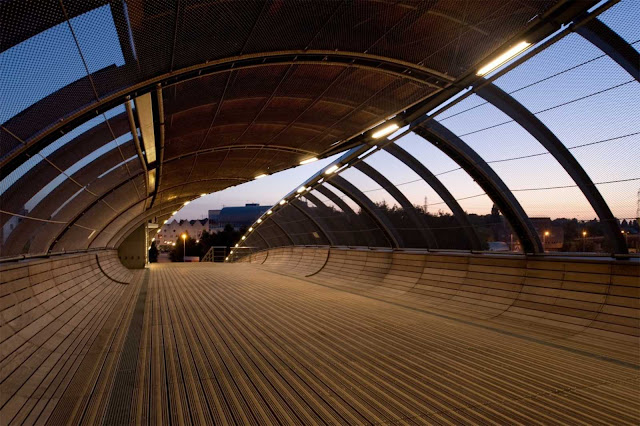 The long-awaited Villetaneuse Université interchange is now taking shape. Although this is a good thing in terms of urban development, it also exacerbates the division between north and south due to the ensuing concentration of networks and traffic lanes. 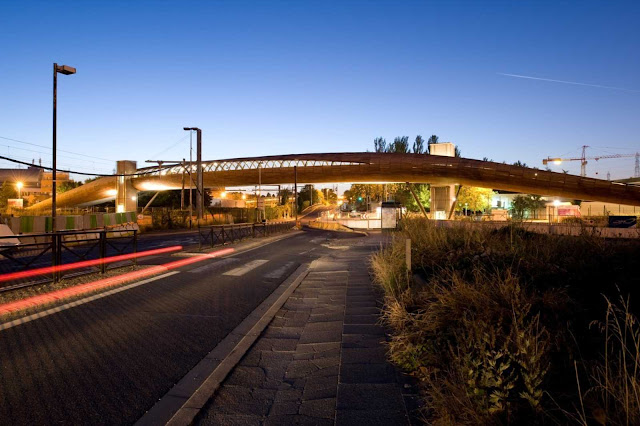 Consequently, the footbridge serves a twofold role: access to the station and a link between neighbourhoods. 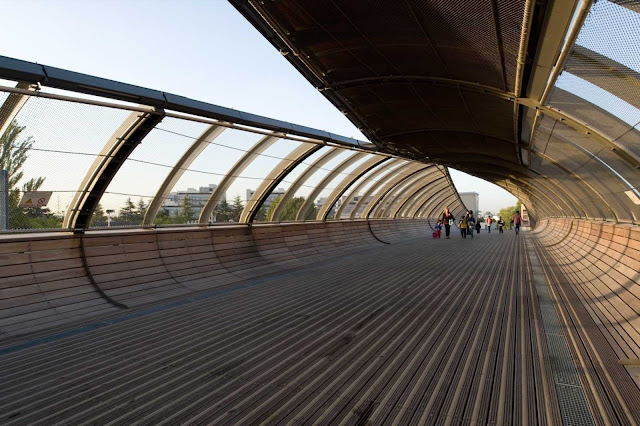 It needs to play its part in the interchange at the same time as fulfilling its role as an urban connection between North and South, improving traffic flow. 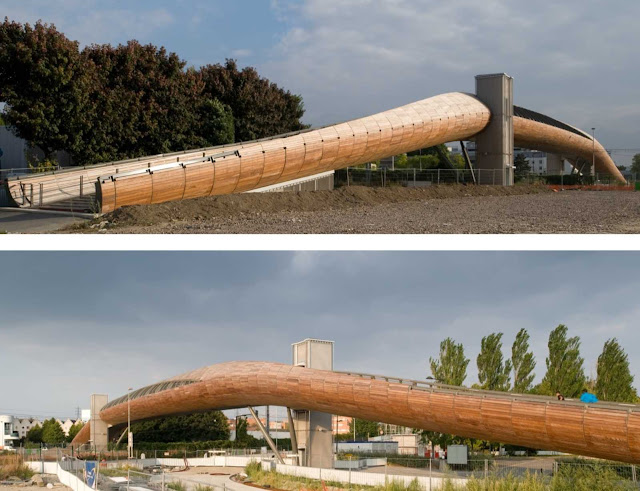 As an urban landmark, it must also create clarity for the town’s flagship spaces and buildings: the Town Hall, University, sailing centre, interchange, and so on. 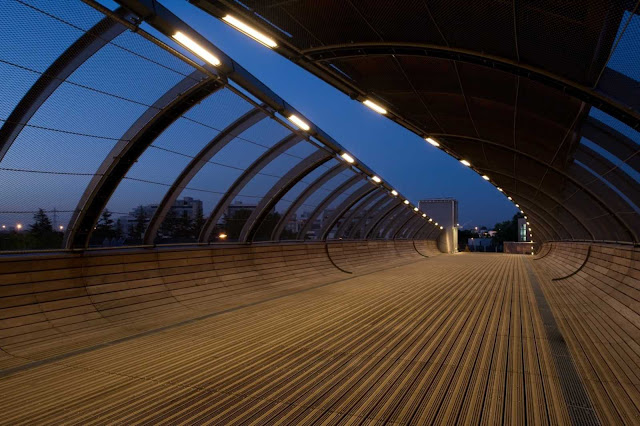 To render its use natural, we designed the bridge to appear to emerge from the shape of the ground, both for the span across the tracks and in terms of width, protecting users from the overhead wires either side and from the rain above. 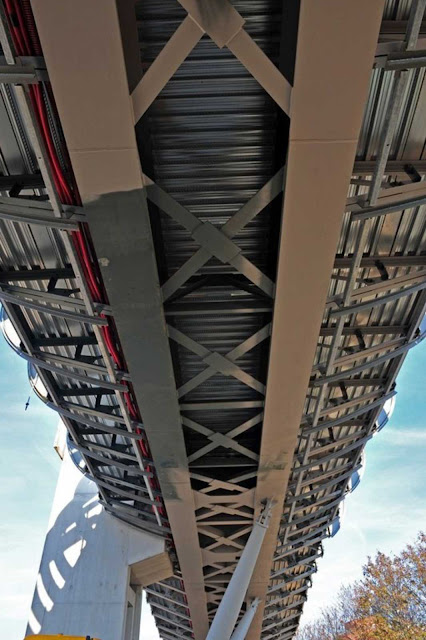 This has resulted in the footbridge resembling a plant, rather like a leaf curling and unfurling along its length. 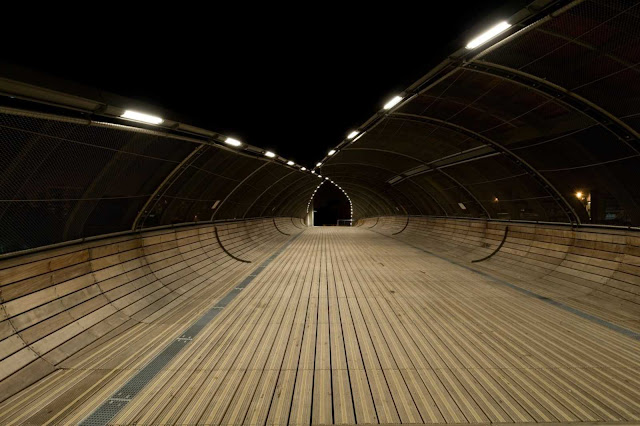 Due to its dimensions (156 meters long and 8 meters wide) and its opening on the outside, as well as the FSC certified wooden coating, to take the footbridge is to begin a journey in a cosy pontoon bridge atmosphere. 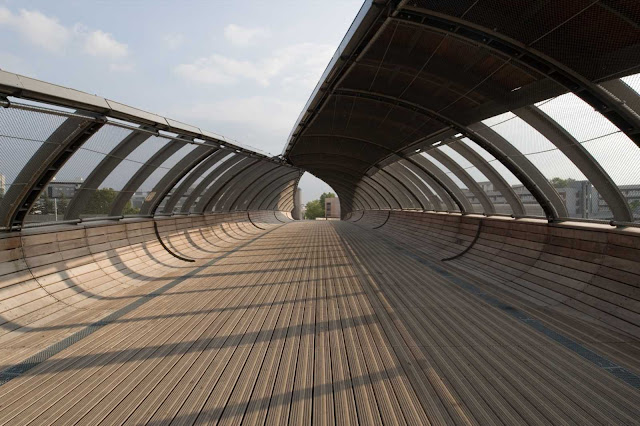 The structure, completed and inauguration in 2012, crosses over four traffic fluxes, both rail and road: