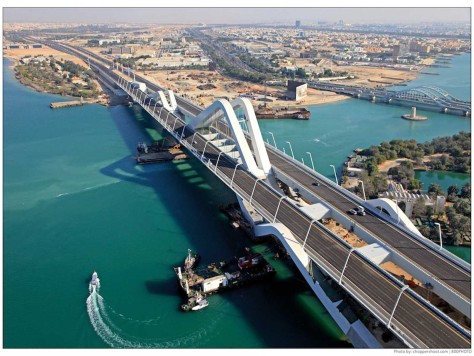 Over several decades, the UAE, an increasingly mobile society, has undertaken ambitious infrastructure projects to create a high-speed highway network connecting the three Emirates together. 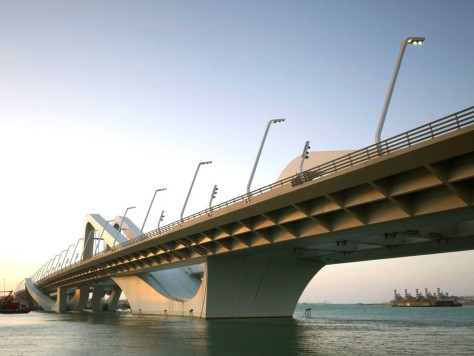 As far back as 1967, a steel arch bridge was constructed to connect the then fledgling city of Abu Dhabi Island to the mainland, with a second bridge completed during the 1970s. 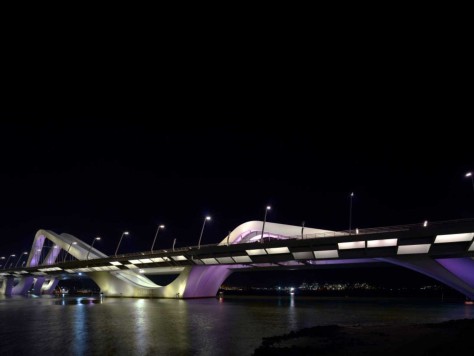 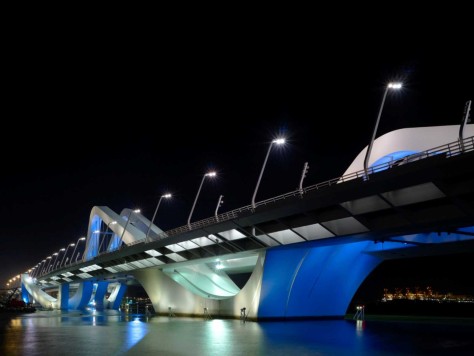 A massive structure, rising 60m above water-level at its highest point, the bridge’s fluid silhouette makes it a destination point in its own right. It is also intended to serve as a catalyst for future urban growth in Abu Dhabi. 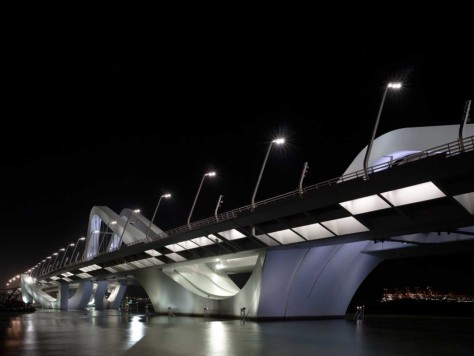 It rises from the mainland against an open panorama, gathering ground level road structures together, then lifting and propelling them across the channel on cantilevered road decks which run either side of the bridge’s spine structure. 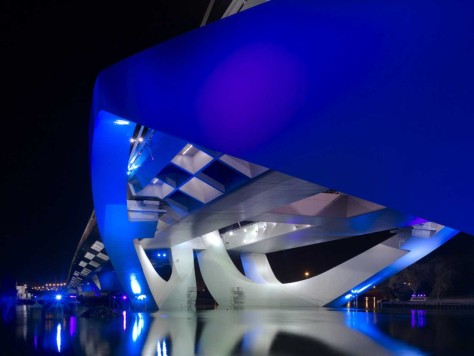 Asymmetrical steel arches rise and spring from mass concrete piers to form a coherent sinusoidal waveform, which splays and splits from one shore along the central void, before diverging beneath the road decks on reaching the other. 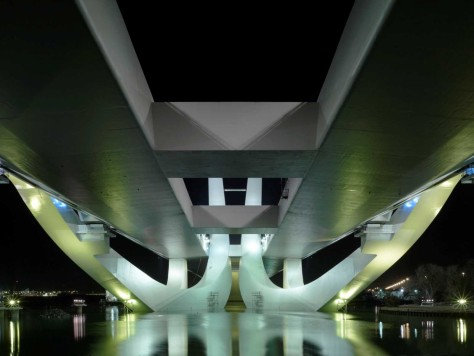 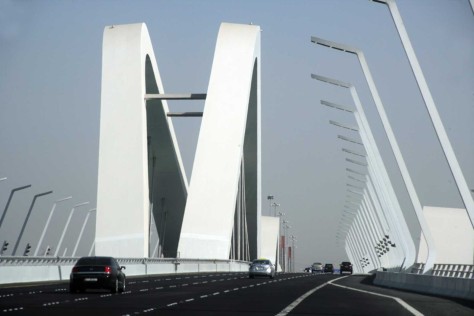 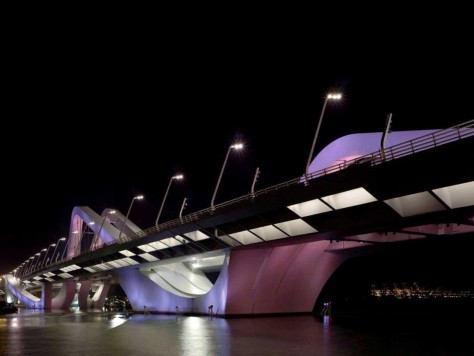 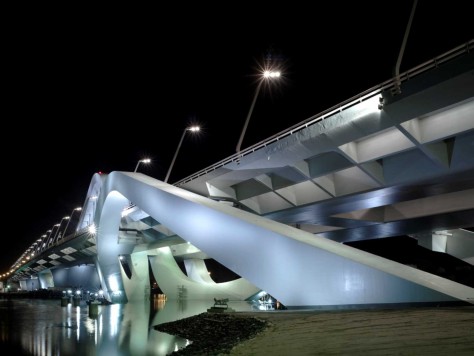 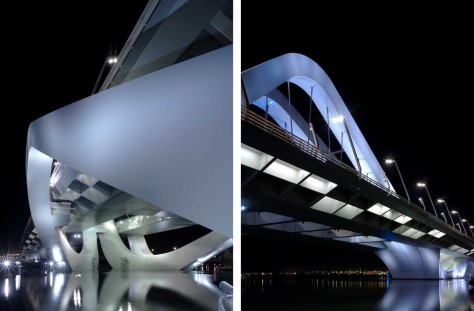 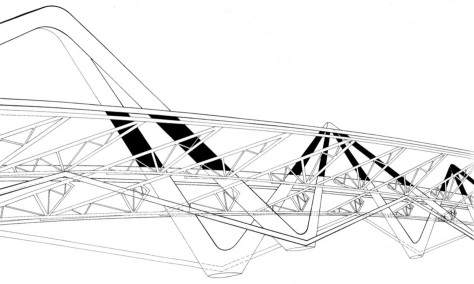 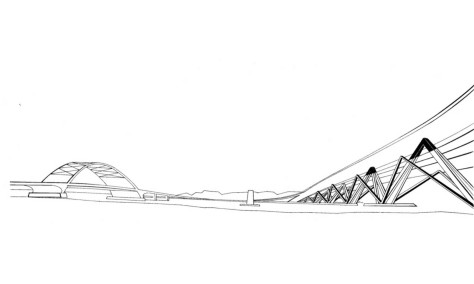