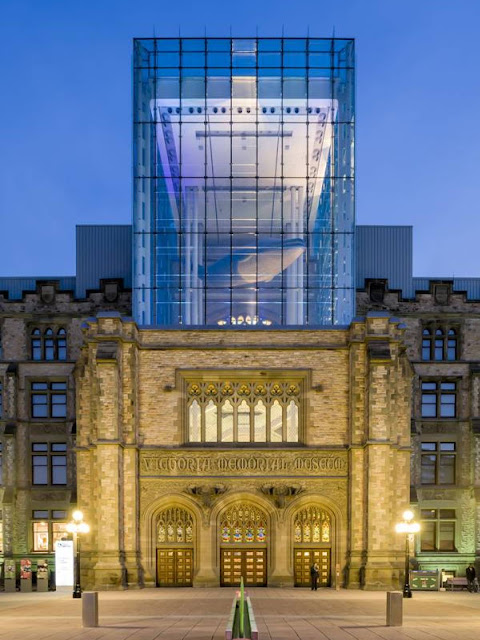 The Canadian Museum of Nature (CMN) was the first purpose built museum in the country. It is now recognized for the interdependence of its learning and research components and a collection that includes 10 million specimens gathered over 150 years. 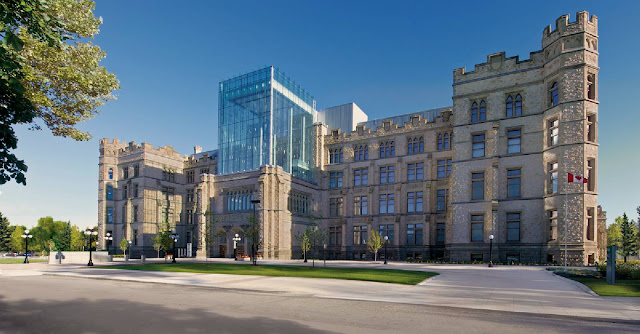 The original building – known as the Victoria Memorial Museum Building (VMMB) – was designed in the Beaux-Arts Style by David Ewart. Shortly after its completion in 1912, the stone tower began to sink into the ground. 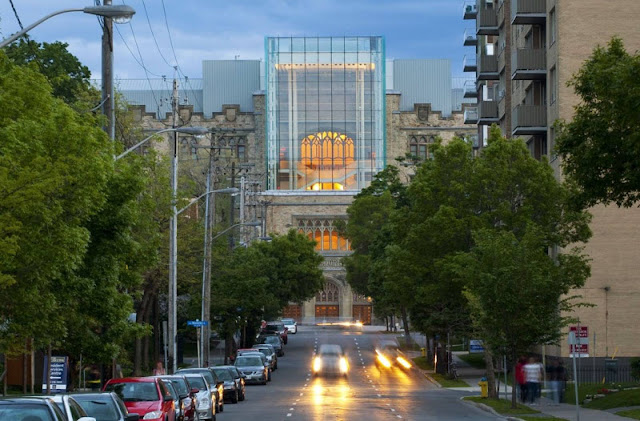 In 1915, the upper part of the tower was removed to de-load the structure, leaving the base as the main entrance vestibule but consequently diminishing the building’s original composition, and impacting the original clarity of the Beaux Arts plan. The revitalization project showcases the original heritage building, using contemporary architecture to generate a dialogue between past and present. 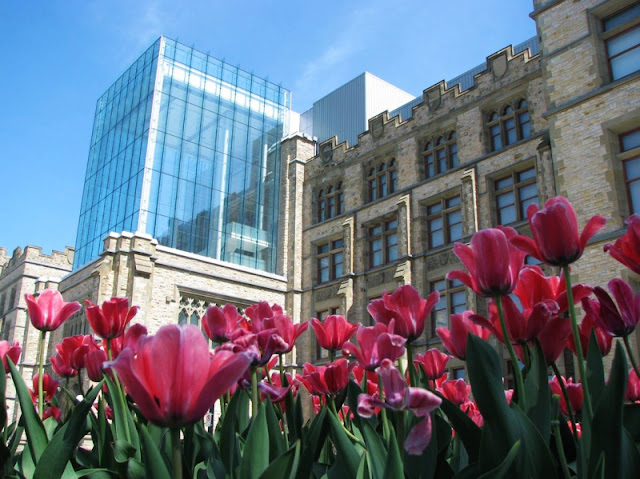 It also prioritizes the Museum’s collections and its research activities, while improving its public outreach. The original interior suffered from a fairly rigid and opaque layout, inadequate vertical circulation, and generally substandard building. 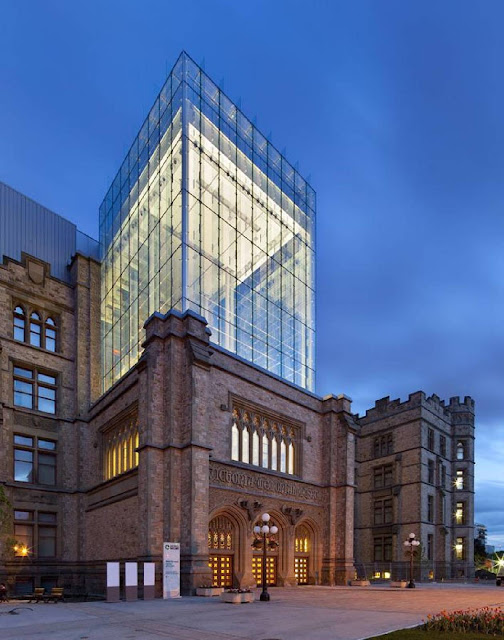 To realize a bolder identity for the CMN, the challenge was not limited to an interior renewal but extended to the exterior and site. The concrete moat of parking that surrounded the building was one of the biggest liabilities to the museum’s image. 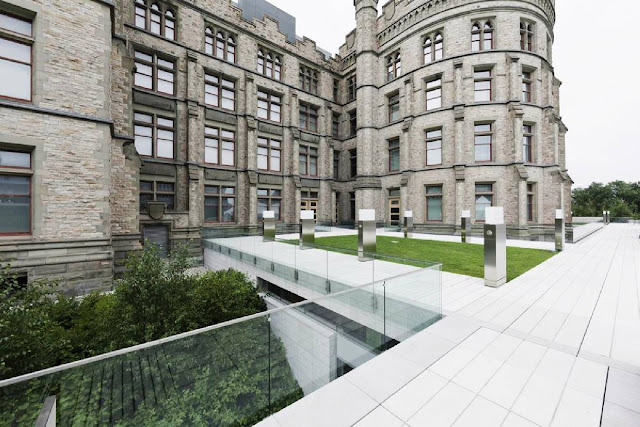 By relocating parking to the east side of the site, space was gained to create a significant below-grade addition on the south in which the back-of-house operational functions of the museum are consolidated, including mechanical and electrical, loading, waste handling, security and catering functions. The roof is slightly elevated above the street and is adapted as landscaped terraces for the enjoyment of visitors and the public. 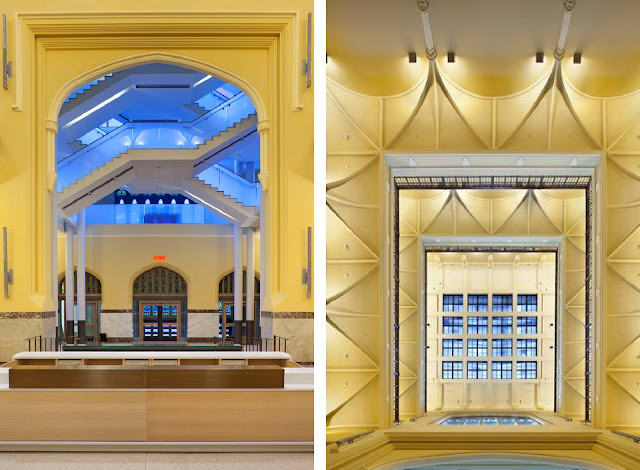 One of the most visible interventions is a glazed Lantern element over the truncated tower. The Lantern restores the original proportion of the main entrance and creates a super-scale display unit for replicas of large-scale artifacts or projected images. 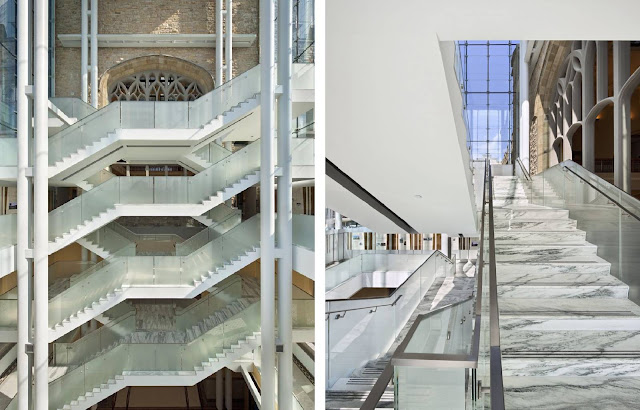 Within the Lantern a new Butterfly Stair resolves the original circulation system which was disconnected when the tower was removed, and reinstates a continuous loop of movement around the Atrium and through all four levels of the Museum. Reception and information desks are relocated to the centre of the Atrium. Gallery spaces are reconfigured to offer a balance of black box and day-lit galleries. 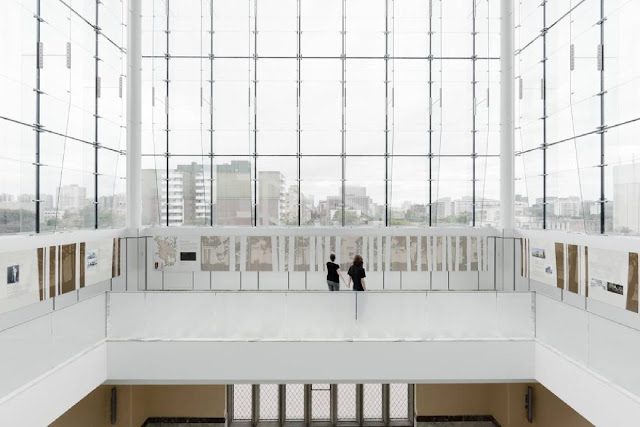 The South Terrace creates an indoor/outdoor precinct for casual and formal gatherings up to 600 people. Set apart from the walls and foundations of the heritage building, the Terrace is linked to the existing building via two bridges, and creates a viewing platform from which to experience the robust masonry walls. 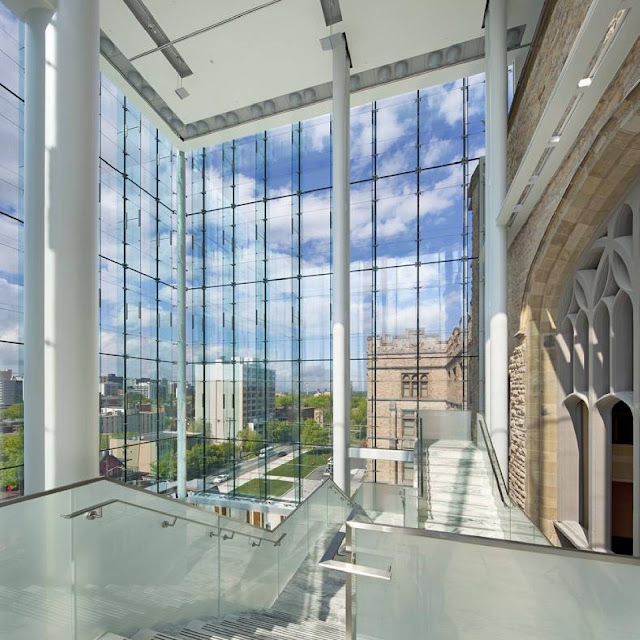 Its edges are defined by bosques of trees and a large scale water feature which runs parallel to Argyle Street. The 12 foot high and100 foot long fountain features a diagonal grid of stainless steel cables over a gently sloped wall of black granite. 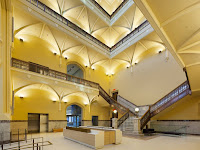 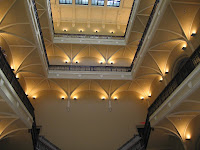