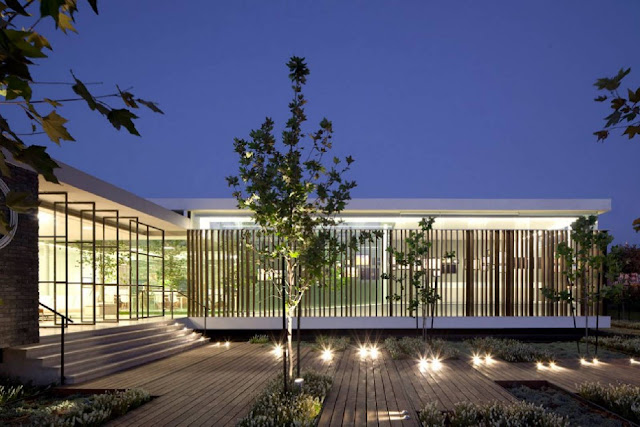 A structure used by a real estate company as a sales office for residential project they are building. The project examines the line between architecture, marketing and consumption. 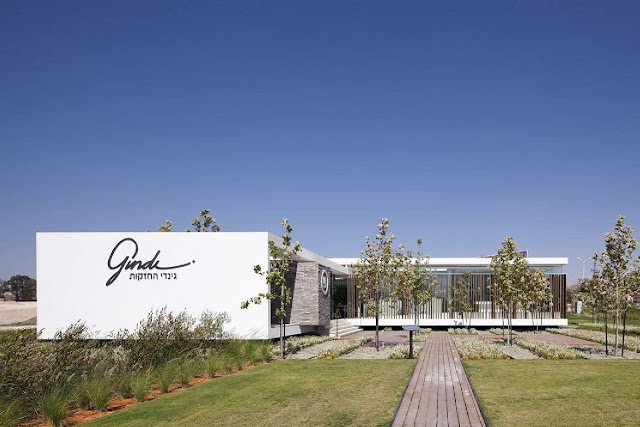 The program was to build, a sales office for a neighborhood planned for the future. The architect chose to relate to the project as a contemporary pavilion with him attempting to combine, within one building, modern, minimalistic, architectural principles and thereby create a building that is almost an object or a piece of sculpture almost akin to a small, architectural pavilion. 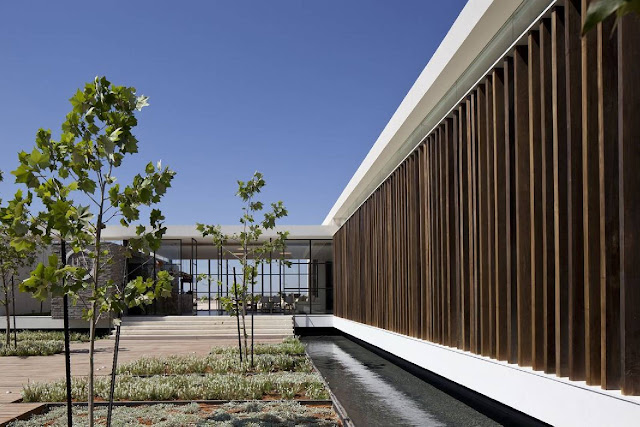 At the same time, the architect attempted to cope with consumer principles relevant to the period, the need to sell and the reasons for the structures construction – marketing, marketing, and marketing. 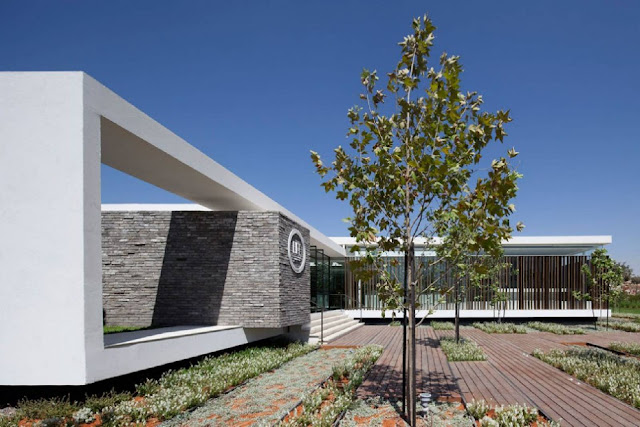 It is interesting to see the mutuality between pure architecture which, despite everything, manages through purity and constraint to serve the brand needs of a large real estate company which usually seeks ways to stand out, to be bigger and more grandiose. 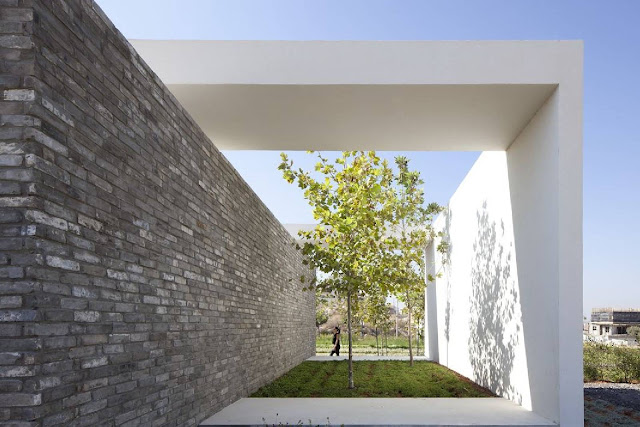 The structure succeeds in bringing to the world of aggressive marketing used by real estate companies a structure which, despite its temporary nature (it will be demolished in a year’s time), also brings with it qualities associated with permanence. 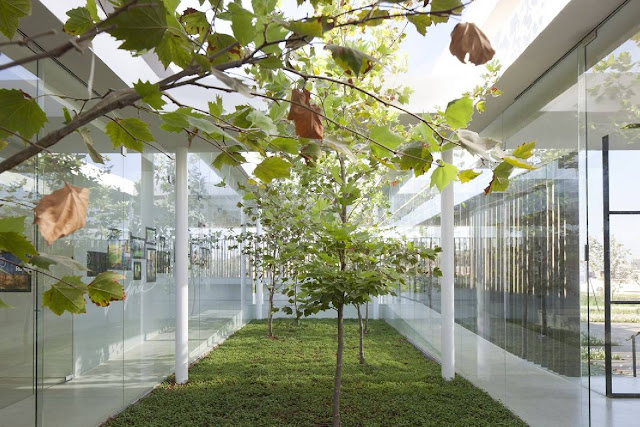 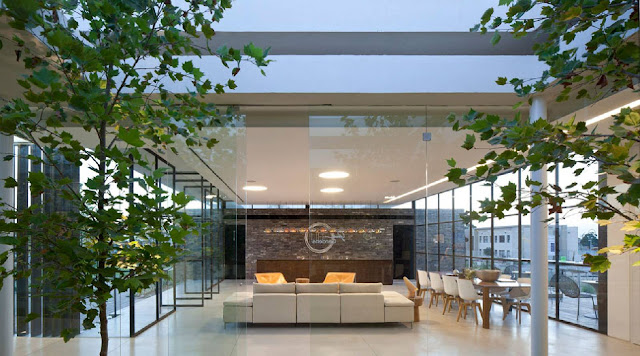 It uses reflecting pools to strengthen its look and to create illusions and reflections and combines central, internal courtyards with trees bursting out from two dimensional, white spaces which suggests the volume and the space inside the structure. 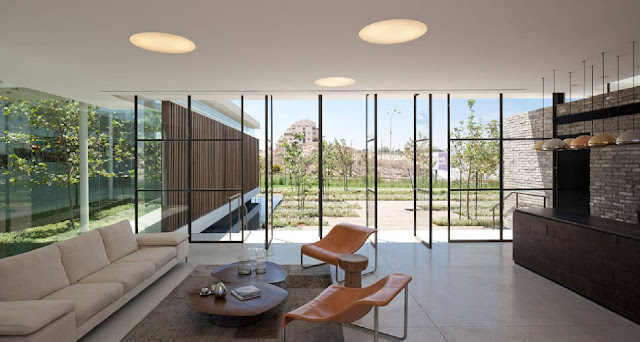 A geometric pattern of vertical wooden lines serves as a “skin” that divides the spaces or as a texture which is imprinted, using special techniques, on the outside. 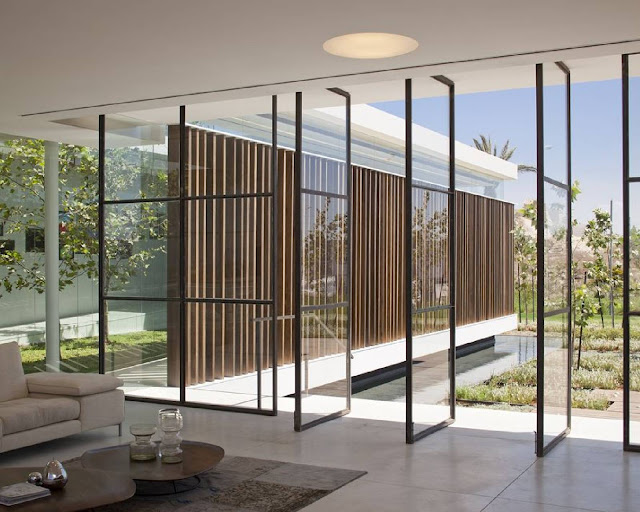 The sun’s rays, striking the wall, create a repeating, three dimensional illusion. The pavilion succeeds in fulfilling both of its functions – architectural and marketing. 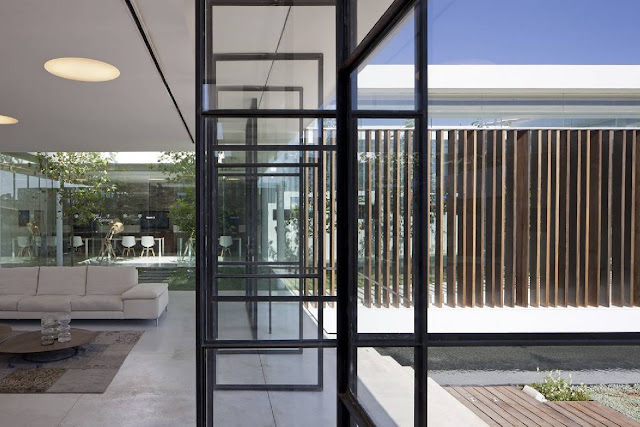 The structure was designed and built in just three months. It was built entirely from a metal skeleton (lightweight construction), most of which was built in the factory and transported to the site for erection and finishing touches.