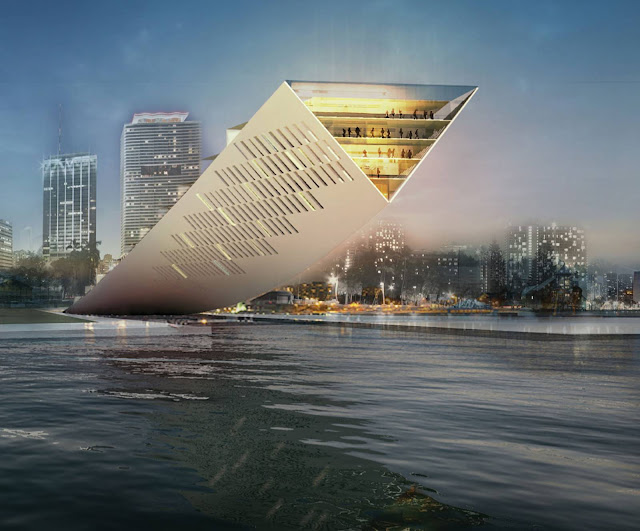 DawnTown has just announced the winners for their 2013 ideas competition entitled Landmark Miami.  This year’s theme focused on how cities are instantly identified by the individual structures within them.  Miami already has its share of existing local landmarks, but as the city changes, the competition organizers asked designers to come up with a new symbol for the future. 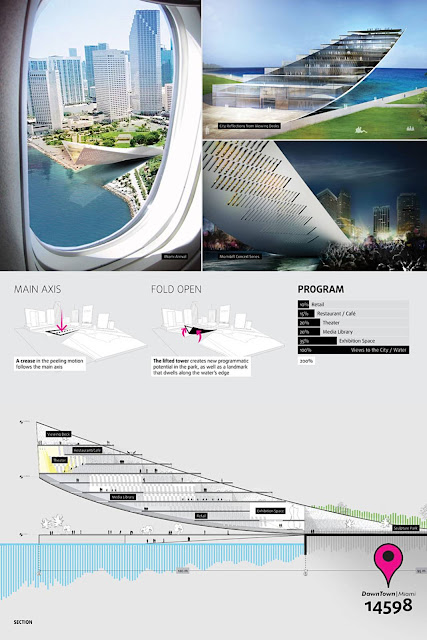 Therefore, architects and designers were tasked with creating an iconic architectural piece that contributes to the image of Miami. The jury was made up of Javier Betancourt, Deputy Director of the Miami Downtown Development Authority; Damir Sinovcic Editor-in-Chief of DesignBook Magazine;  Allan Shulman FAIA, Principal of Shulman + Associates and President of the AIA Miami Chapter; Joachim Perez, Executive Director of DawnTown. 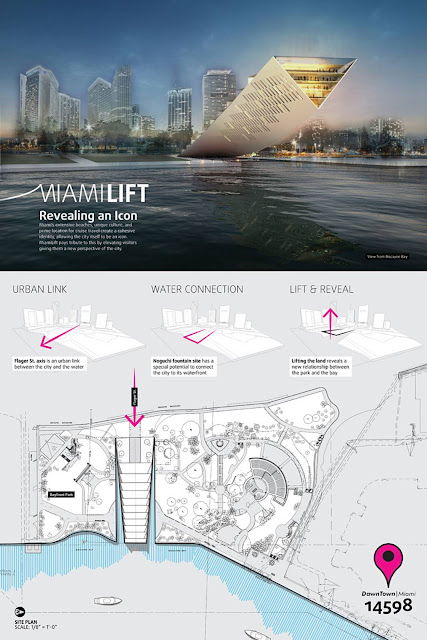 Landmark Miami attracted competitors from different parts around the world: El Salvador, Cuba, Iran, The Philippines, France and many others.  With the final number of entries reaching 100, the jury decided on selecting four projects: 3 winners with 1 honorable mention.
1st Place: MIAMI LIFT