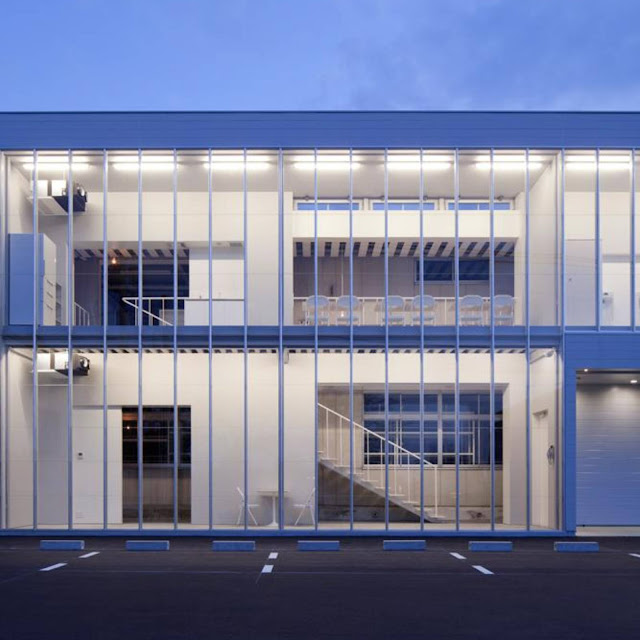 This project is for an addition to the former premises of a company that we had built a new building for 2 years ago. 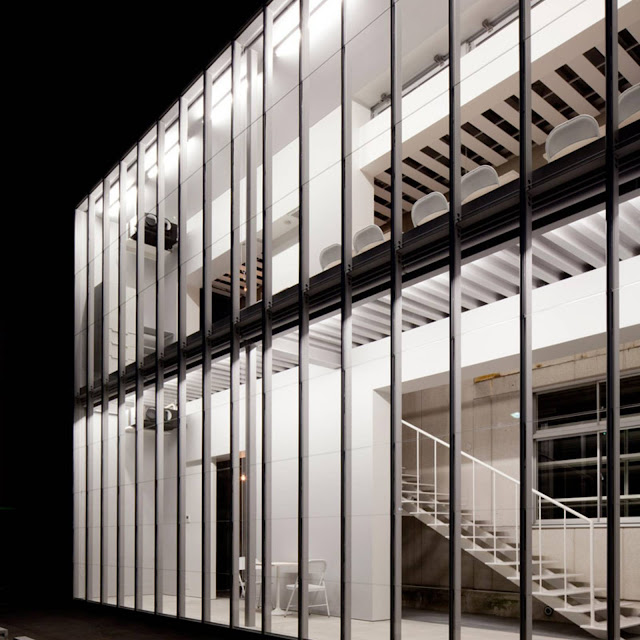 ‘Nakagawa office extension’ expands the usability of an existing building’s facade with an expanse of glazing and carefully composed vertical circulation. 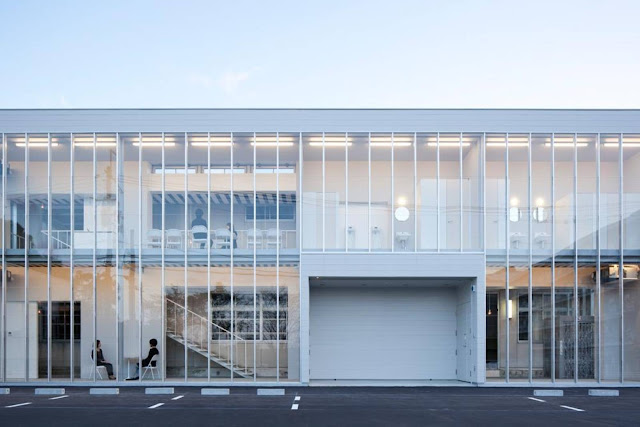 Yasutaka Yoshimura architects added the structurally separate and highly function envelope to old building so as to exteriorize the main circulation of the space,  all while remaining well within the building footprint limitation. 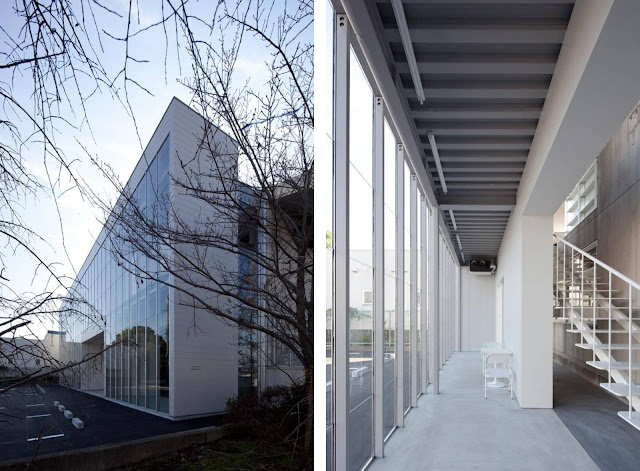 By thickening the architecture of the facade, the building creates ample room for the wholesaler client’s numerous shelves and storage units as well as two-tiered stair and platform system. rust-stained concrete and the duct system of the structure is left exposed towards the interior of the pristine new space. 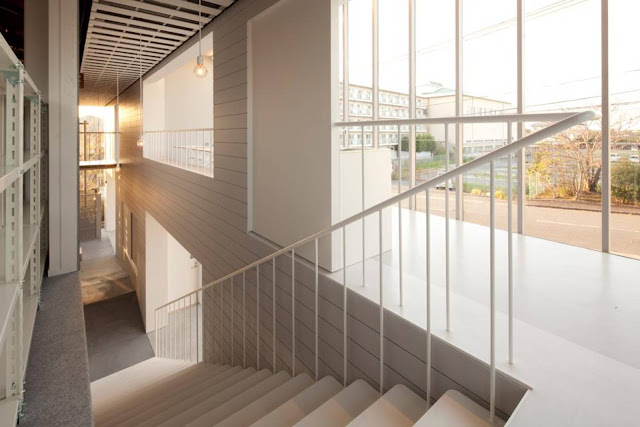 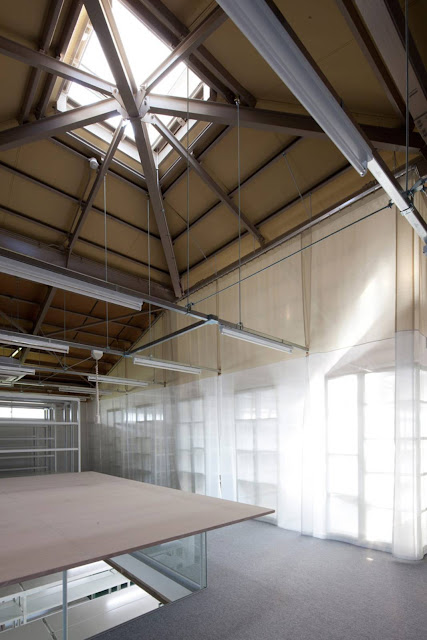 With almost no changes to the original, the addition is structurally separated, with the washroom, kitchen, entrance and stairs and main circulation of the building now provided by the addition. 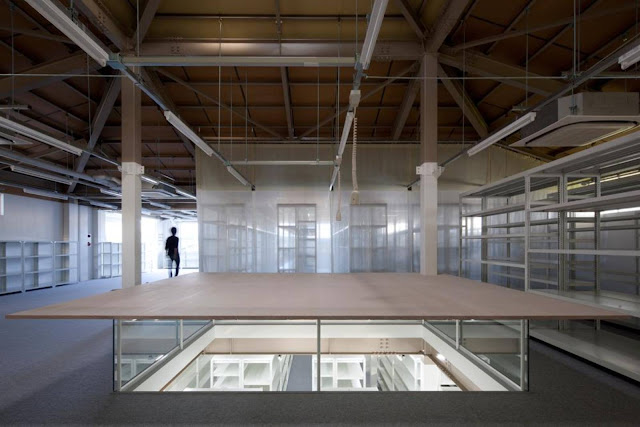 In order to preserve the amount of parking the building has a shallow plan of 2x20m allowing for the conversion to be completed within the allowable budget and time frame. 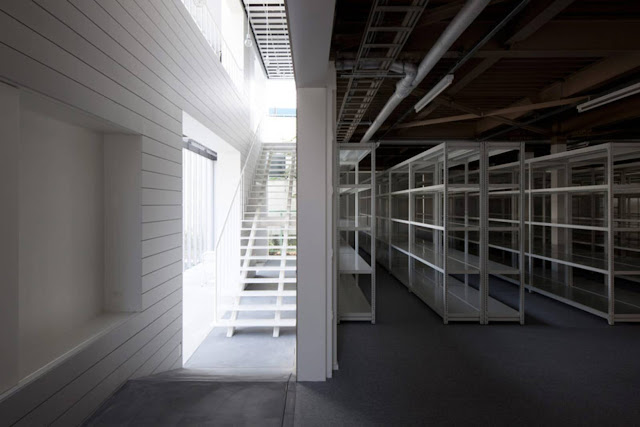 This is architecture of the ‘facade’.