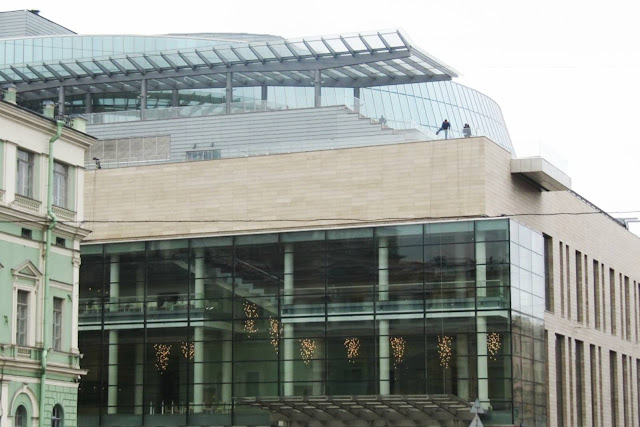 The New Mariinsky Theatre opens May 2, 2013 in St. Petersburg, Russia. The design is a contemporary expression of the existing historic urban form.  Mariinsky II is designed to complement St. Petersburg’s beloved 19th century architecture while adding a distinctive new element to the landscape of Theatre Square. 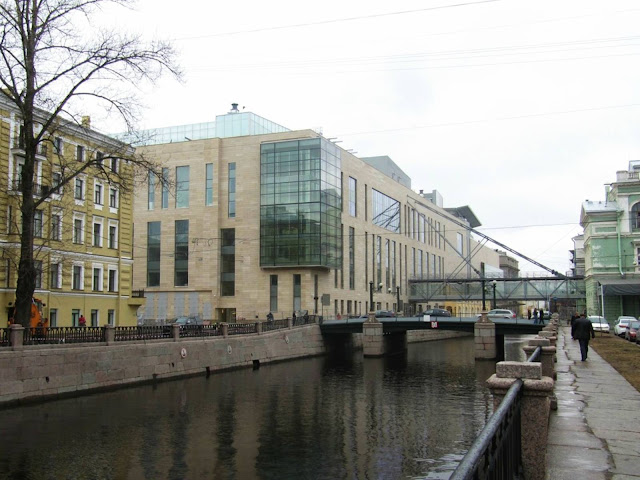 The auditorium, designed in the tradition of 18th and 19th century opera houses, features a horseshoe configuration with three balconies, offering optimum acoustics and sightlines for approximately 2,000 spectators. 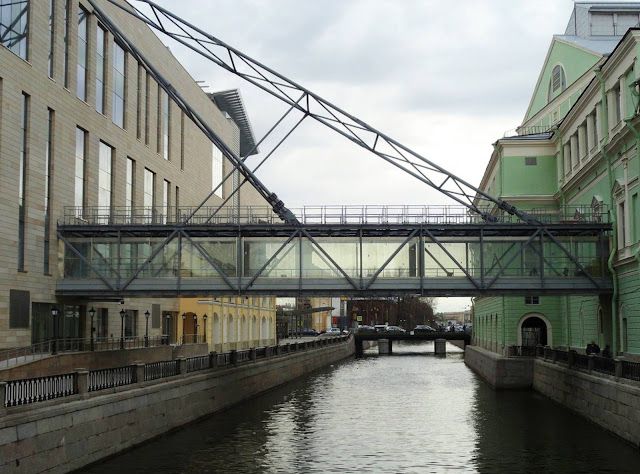 The height of the fenestrated masonry base is consistent with the existing buildings of historic St. Petersburg creates a continuous streetscape similar to the streets of the old city. Large bay windows provide panoramic views of the city and the adjacent historic Mariinsky Theatre, fulfilling the role of the historic colonnaded porticos. 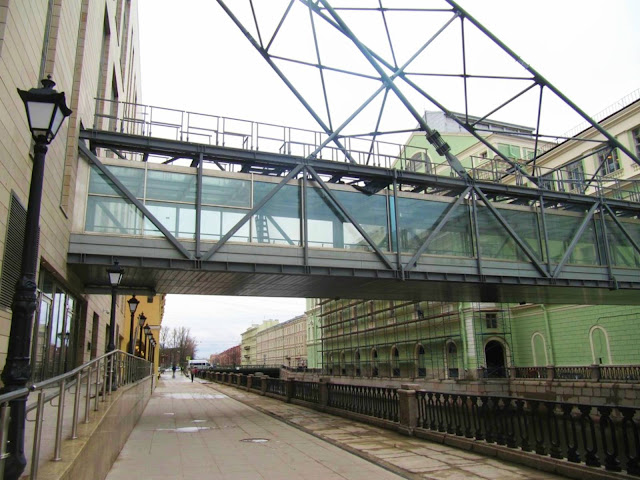 Dramatically large glass facades and bay windows set in the masonry exterior will provide panoramic views of the city and the adjacent Mariinsky I, while fulfilling the traditional role of colonnaded porticos. 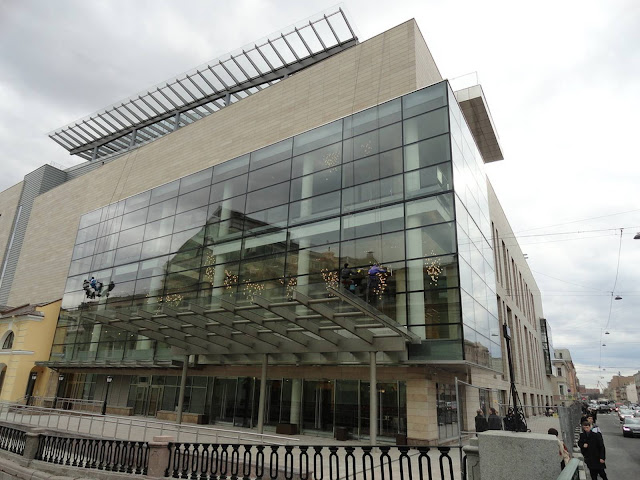 Above the base of the New Mariinsky Theatre is a gently curved metal roof enlivened by a glass canopy.  The contrast in form, material and colour between the building’s base and its roof gives the building a contemporary identity rooted within the context of St. Petersburg’s exceptional architectural heritage. 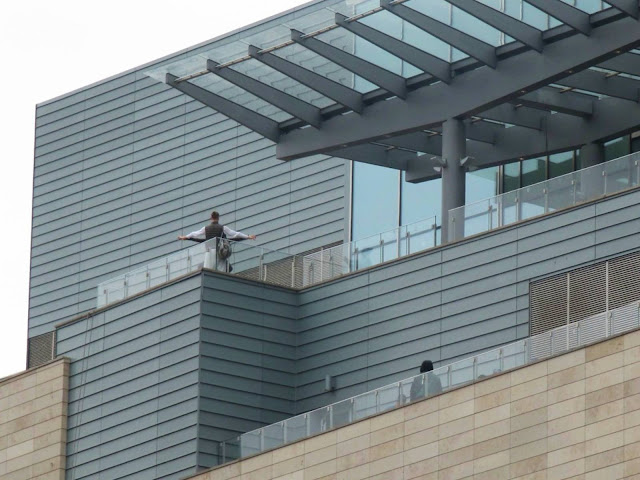 The New Mariinsky accommodates a 2000-seat opera and ballet house with a very large back of house with six stages and rehearsal rooms, amenities for the company’s large staff and other support facilities. 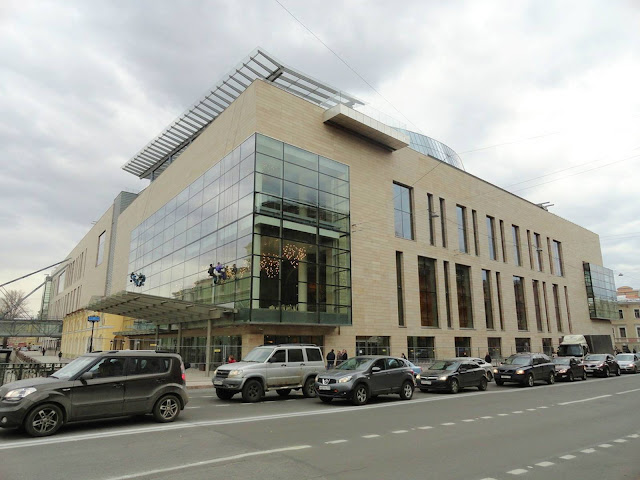 The auditorium has been carefully designed with respect to acoustics, sight lines and audience comfort to provide both artists and audiences alike with an unparalled experience to compliment the international stature of the Mariinsky Opera, Ballet and Orchestra. 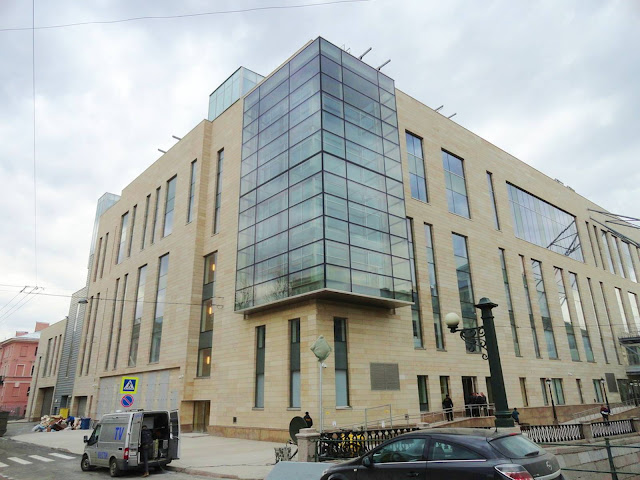 Capacious backstage facilities and advanced technological capabilities, and acoustical design by Müller‐BBM, will allow for the production of the most elaborate and demanding works. An additional orchestra shell on stage and an orchestra pit with platforms that can be raised and lowered will enable Mariinsky II to function as an ideal hall for symphonic concerts as well as opera productions. 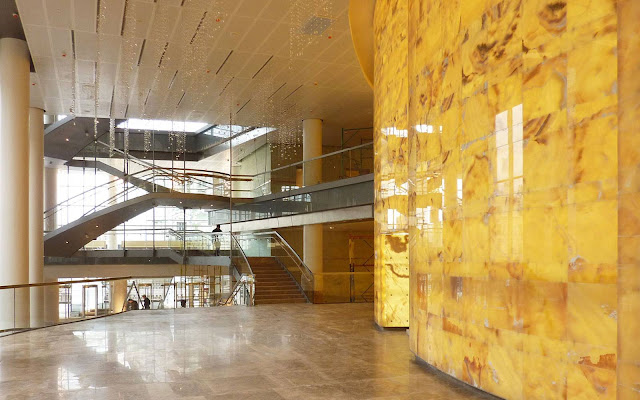 Other facilities of Mariinsky II include a rooftop amphitheatre (soon to be a principal space of the Stars of the White Nights Festival), a lobby amphitheatre, multiple rehearsal rooms and backstage space that allows multiple productions to be performed in repertoire. 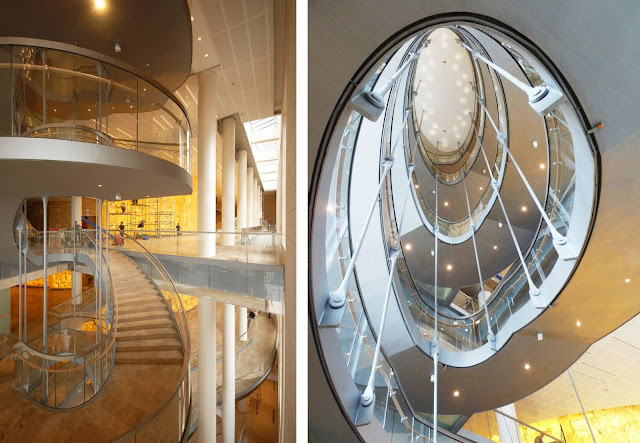 Jack Diamond, Principal Architect of Diamond Schmitt Architects, stated, “When I was approached by Valery Gergiev to enter the international competition to design the new Mariinsky Theatre, he presented the opportunity to work in one of the world’s most magical architectural settings, not to mention with a Maestro who is justifiably renowned as one the world’s most respected leaders in the performing arts. “