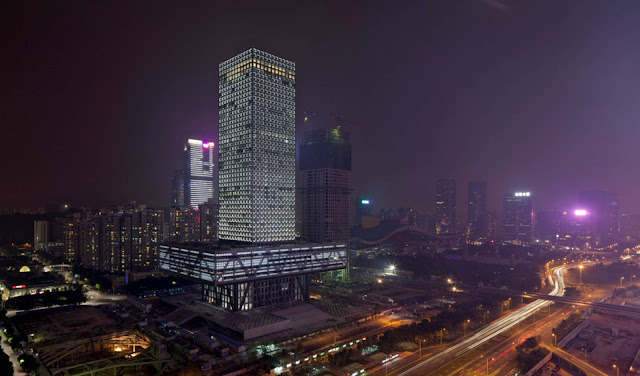 For millennia, the solid building stands on a solid base; it is an image that has survived modernity. Typically, the base anchors a structure and connects it emphatically to the ground. The essence of the stock market is speculation: it is based on capital, not gravity. 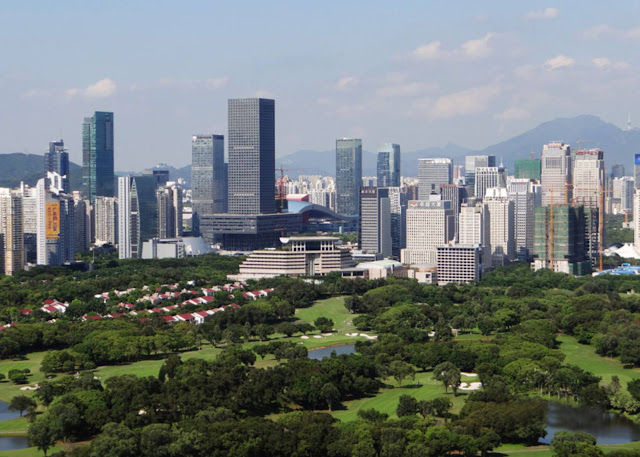 In the case of Shenzhen’s almost virtual stock market, the role of symbolism exceeds that of the program – it is a building that has to represent the stock market, more than physically accommodate it. It is not a trading arena with offices, but an office with virtual organs that suggest and illustrate the process of the market. 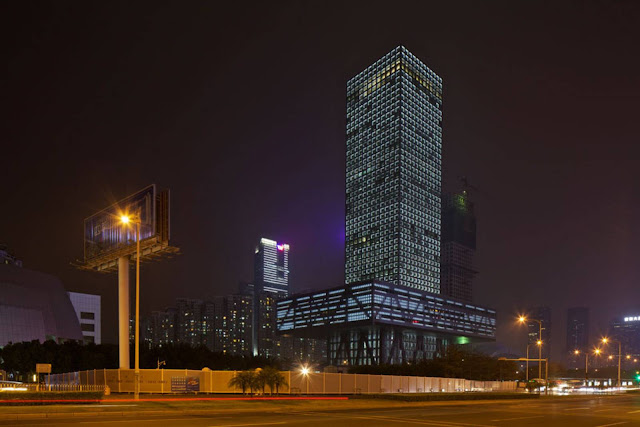 All of these factors suggest an architectural invention: our project is a building with a floating base. As if it is lifted by the same speculative euphoria that drives the market, the former base has crept up the tower to become a raised podium. 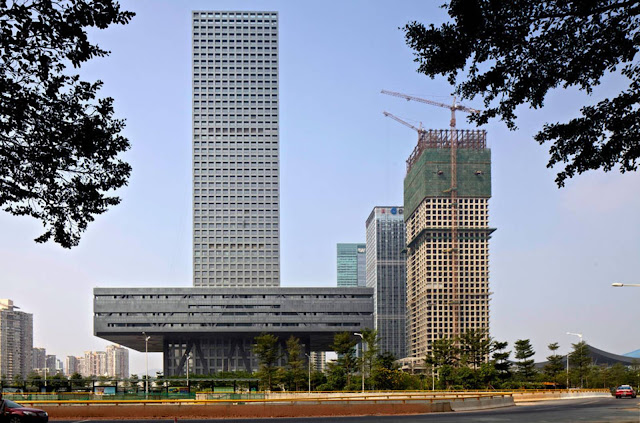 Lifting the base in the air vastly increases its exposure; in its elevated position, it can ‘broadcast’ the activities of the stock market to the entire city. The space liberated on the ground can be used as a covered urban plaza, large enough to accommodate public events. 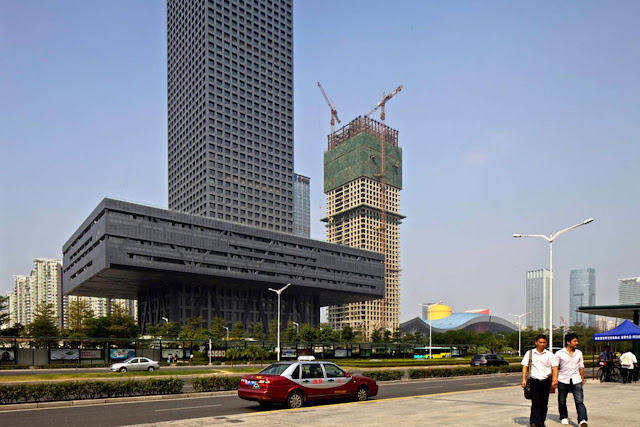 The Shenzhen Stock Exchange – which will rise to 256m – is planned as a financial centre with civic meaning, located in a new public square at the meeting point of the north-south axis between Mount Lianhua and Binhe Boulevard, and the east-west axis of Shennan Road, Shenzhen’s main artery. 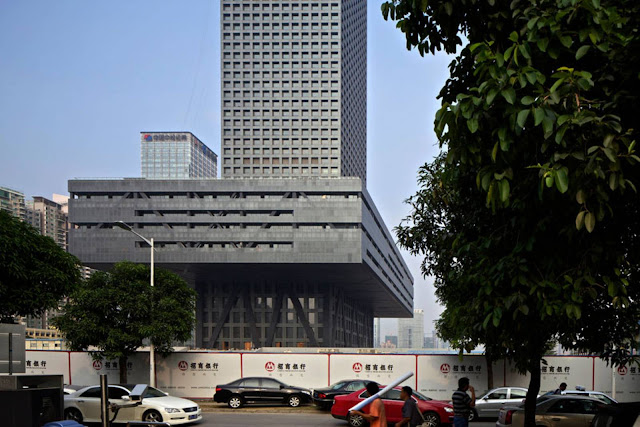 The raised base of the SSE is a three-storey cantilevering podium floating 36m above the ground, with a floor area of 48,000m2 and an accessible roof garden. 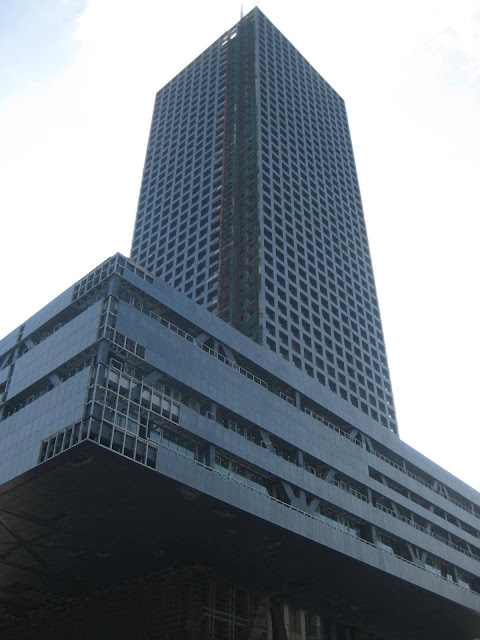 The podium and lower tower contain the dedicated stock exchange functions, with the SSE offices, registration and clearing house, Securities Information Company and ancillary services located higher in the tower. The tower is flanked by two atria – a void connecting the ground directly with the trading floor. Staff enter to the west, the public to the east. 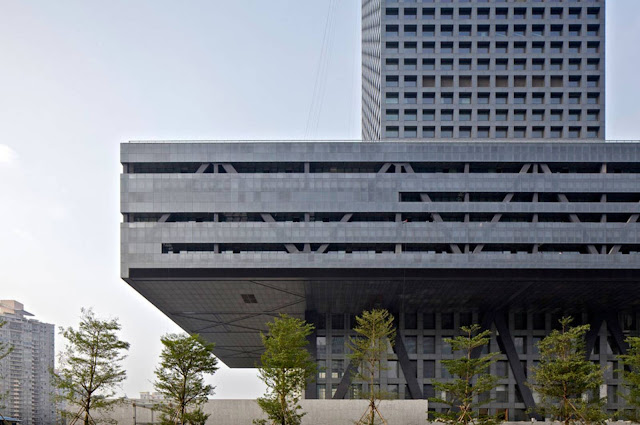 The generic rectangular form of the tower obediently follows the surrounding homogenous towers, but the SSE’s façade is an innovative merger of two conventional building envelope typologies: the window wall and the glass curtain wall. 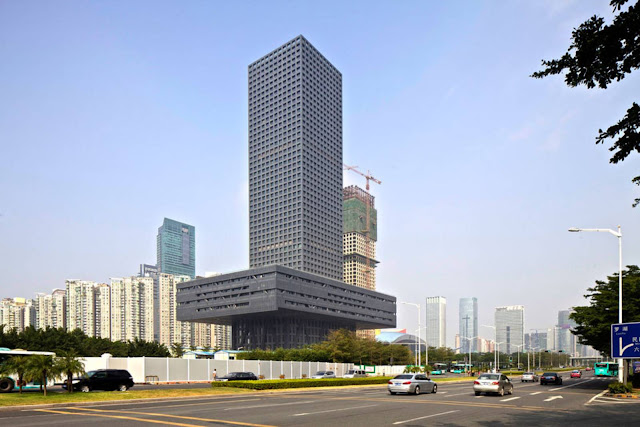 The tower’s structure is a robust exoskeletal grid overlayed with a patterned glass skin – the first time such glass has been used for an exterior at this scale. 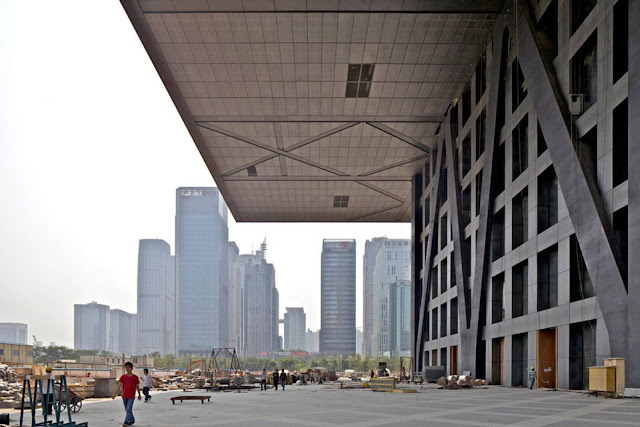 The patterned glass reveals the detail and complexity of construction while creating a mysterious crystalline effect as the tower responds to light: sparkling during bright sunshine, mute on an overcast day, enigmatic at dusk, glimmering during rain and glowing at night. 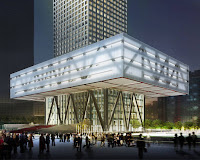 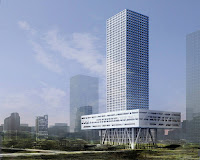 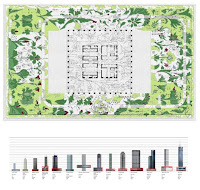 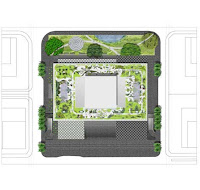