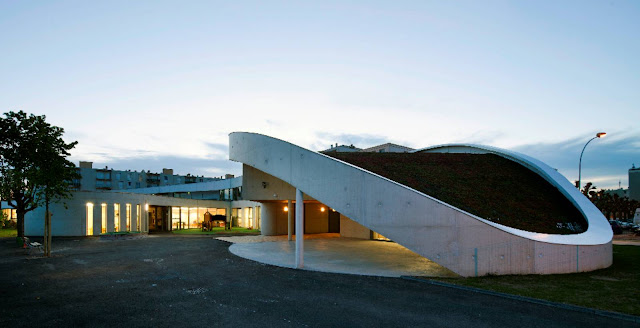 The École Jean-Moulin, an elementary school designed by Richard + Schoeller, curves like a cresting wave to create a stimulating, airy environment for kids. The most iconic figure in the French Resistance, Jean Moulin fought the Nazi occupation of France and railed against the acquiescent Vichy government. 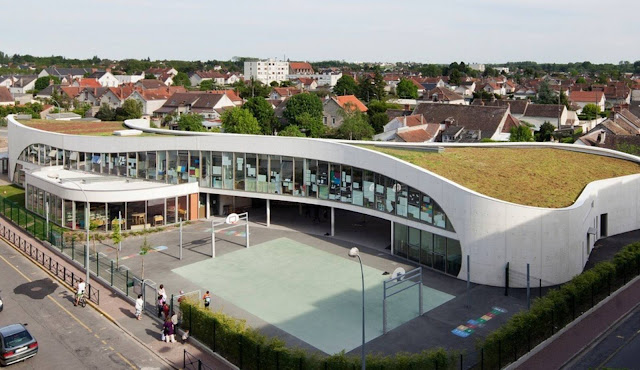 After he died in the custody of the Gestapo, Moulin became a martyr for freedom – and city streets, schools and museums around France were named after him.

In Montargis, in the north-central department of Loiret, the 2,800-square-metre École Jean-Moulin is situated amidst the city’s many canals, and is clearly influenced by the fluidity of water. 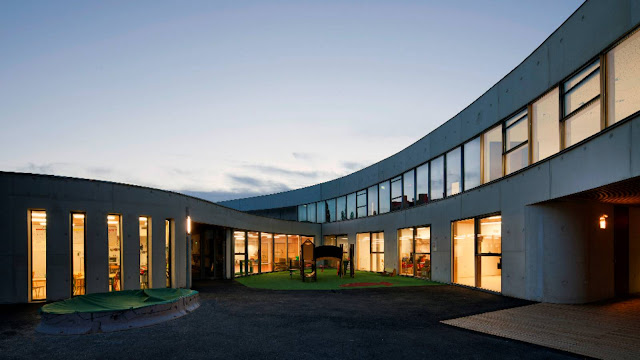 The architects, Richard + Schoeller, masters at multi-volume juxtapositions, took one look at the orthogonal buildings and town grid and sought to create a building informed by waves and hills to energize the entire area. 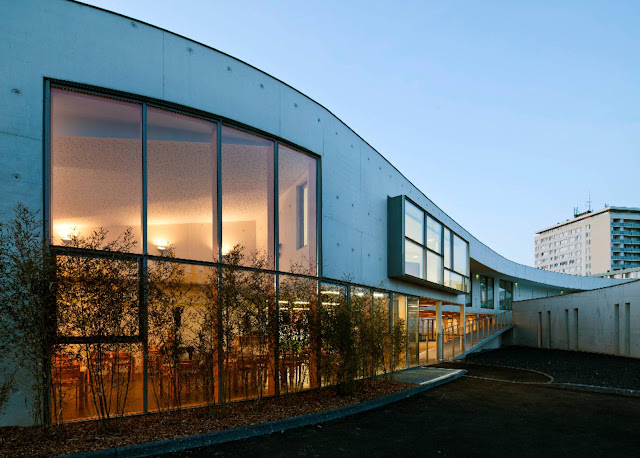 And they have delivered, with a school whose very form allows for natural ventilation, en-plein-airspaces and generous glazing that provides a variety of views and access points to the outdoors. 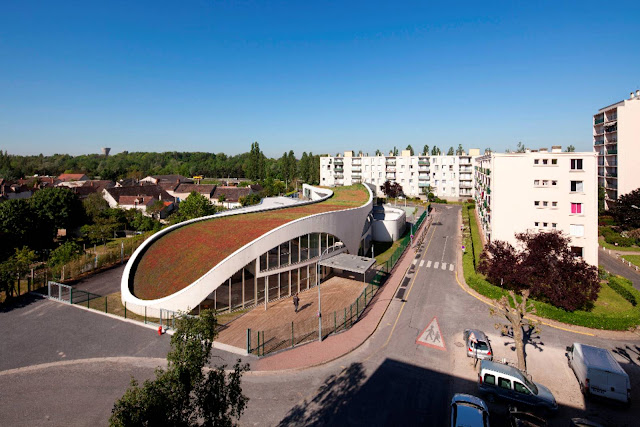 The project comprises two concrete volumes. The base building, which runs on a north-south axis, is low-slung and houses preschool and kindergarten classrooms on one end and elementary classes on the opposite. 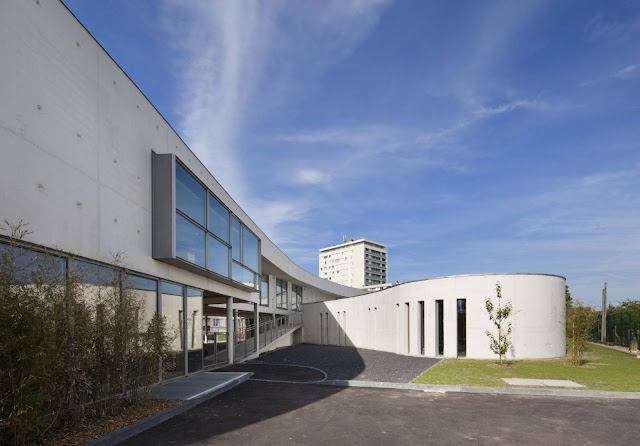 Draped crosswise overtop it, the main volume resembles a twisted dog’s bone. On the east end, its planted roof slopes down to meet the ground. This gesture envelops the entrance, which is accessed through a boxy pavilion jutting out. 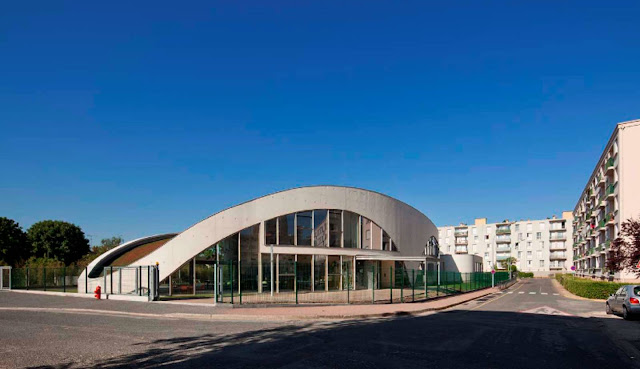 The ground floor of the west end houses the office, and a service area and a restaurant – all enclosed with floor-to-ceiling glass. The upper level contains classrooms and other student study areas. 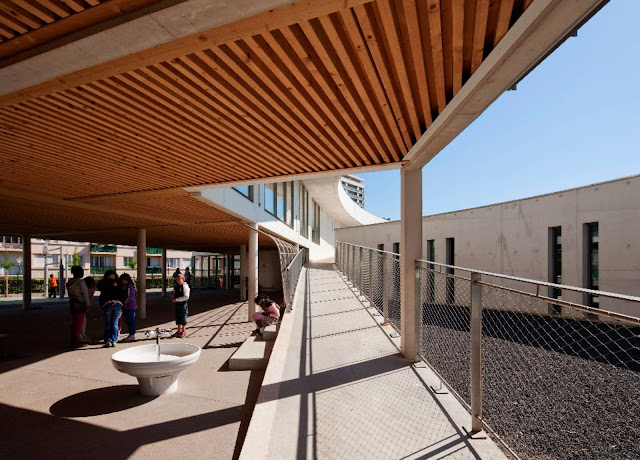 The building’s most impressive aspect is how its swooping shape enables the creation of open spaces beneath the roof of the main volume. On the west end, kids can gather under the wood-slatted ceiling of the building’s underside before school starts or during recess. 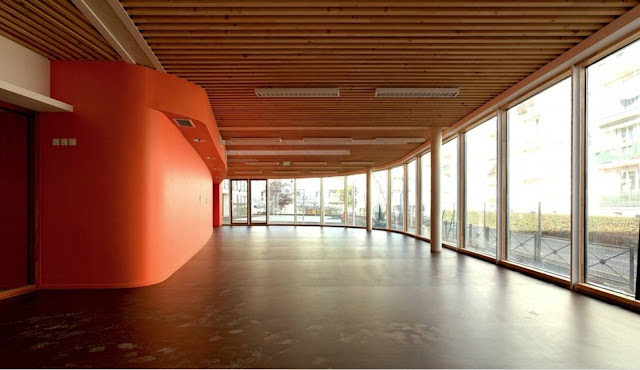 Sculptural fountains encourage the students to hang out, while a ramp running alongside the building gives them easy access to their classrooms upstairs – where they’ll do doubt learn for the first time about the heroism of Jean Moulin. 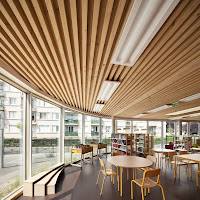 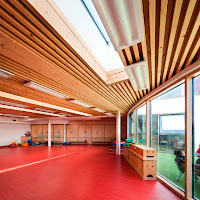