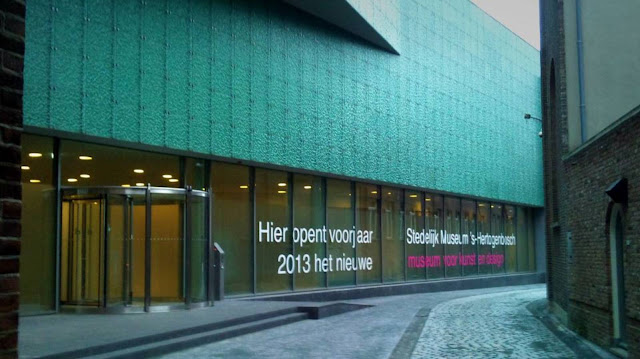 After eight years in the making, Den Bosch’s Museum Quarter, Netherlands. The project, by Dutch studio Bierman Henket, involved the renovation and extension of the town’s Noordbrabants Museum as well as the addition of a brand new building to house the Stedelijk Museum ’s-Hertogenbosch. 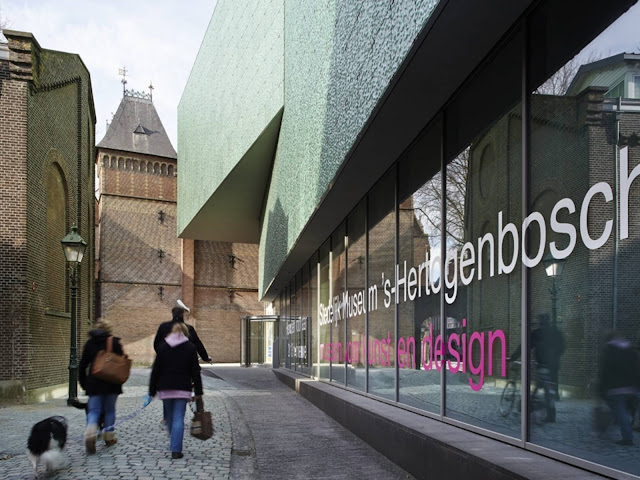 “Space, openness and transparency: those are the keywords,” Janneke Bierman, co-founder of Bierman Henket, explained as she described the origins of the design for the new Modern Art museum. 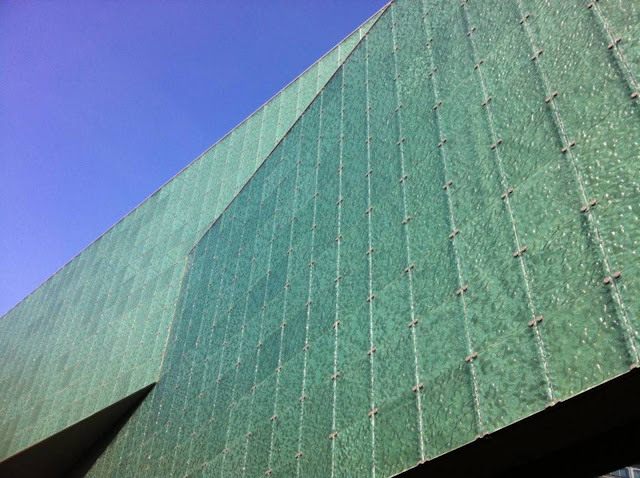 A glass corridor connects the eighteenth century mansion that houses part of the Noordbrabants Museum with the new building. “As an architect I find it interesting to combine old and new and thus to build within existing urban fabrics,” Bierman says. 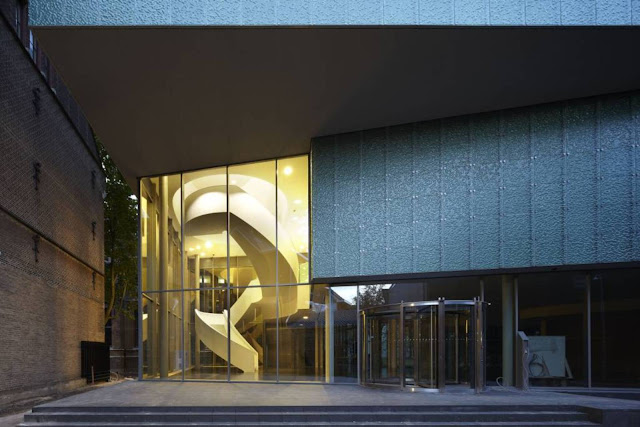 This concept of union continues as the passageway’s and Stedelijk’s glazed façades blend the museums with the old garden at their centre, which becomes the heart of the Museum Quarter. 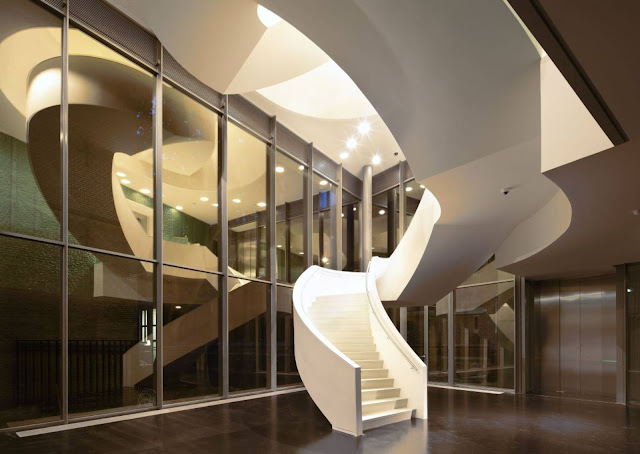 Humberto and Fernando Campana were given complete freedom to design the reception area, auditorium and shop of the new museum, which, together with the garden, will remain a free entry public space. 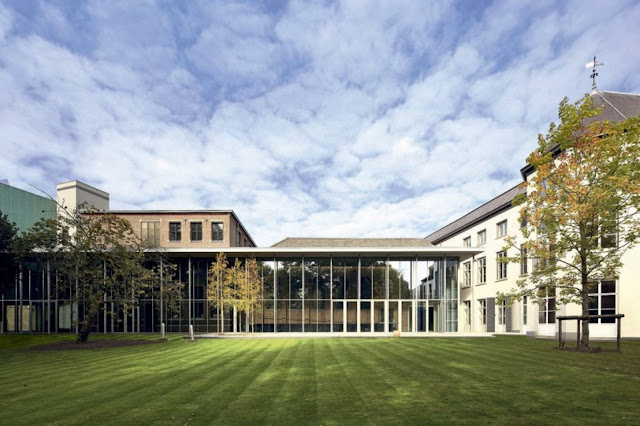 The Brazilian designers’ concept was ‘Un-Dutch’. They subverted the sobriety and rigid distribution of space of typically Dutch interiors, creating instead a monumental sculpture of curvy plywood sheets that houses the auditorium and reception desk. 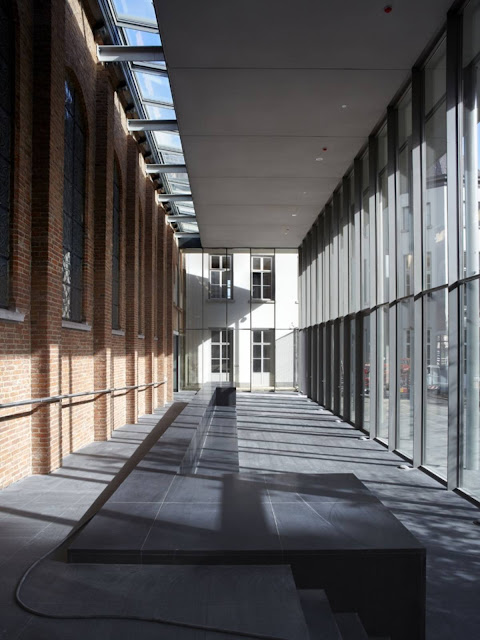 An enormous soft seat whose parts can be rearranged to give different shapes to the whole, as well as the shop’s display furniture which follows the layered sheets concept also contribute to the designers’ intent. 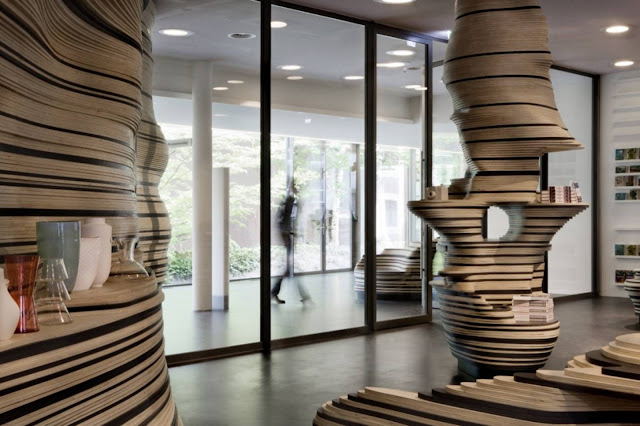 “We thought that the location needed something organic, a strong material presence,’ they explain. ‘We wanted to deconstruct the rigidity of the museum building by bringing in the natural world.” 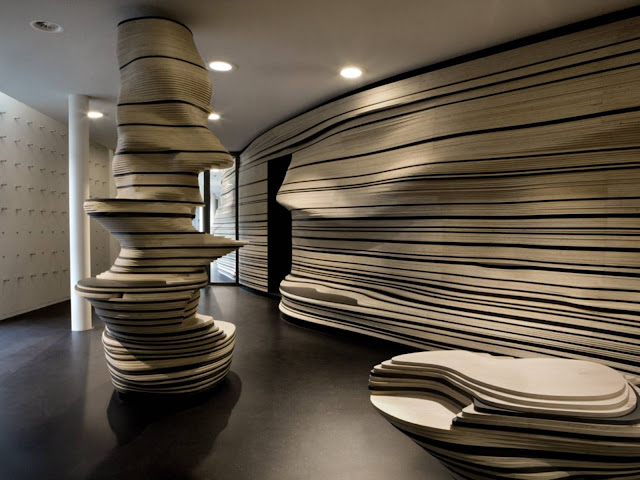 Exhibition space was designed by Opera Amsterdam, who also rose up to the challenges inherent to a project of this scope. ‘We needed to create a lot of walls to exhibit the works, but at the same time we had to let light circulate through the rooms,’ Opera’s director Jo Pike and designer Boaz Baradon said. 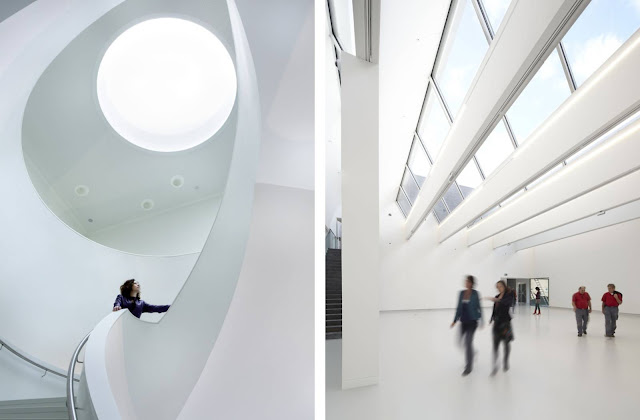 “By cutting windows in the exhibition partitions we managed to do this and to also let people see through the space and know what comes next, making visitors feel more relaxed.” 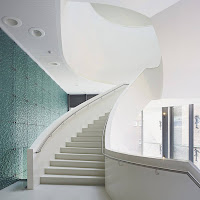 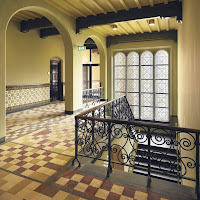 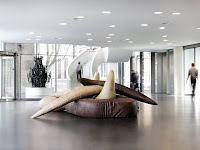