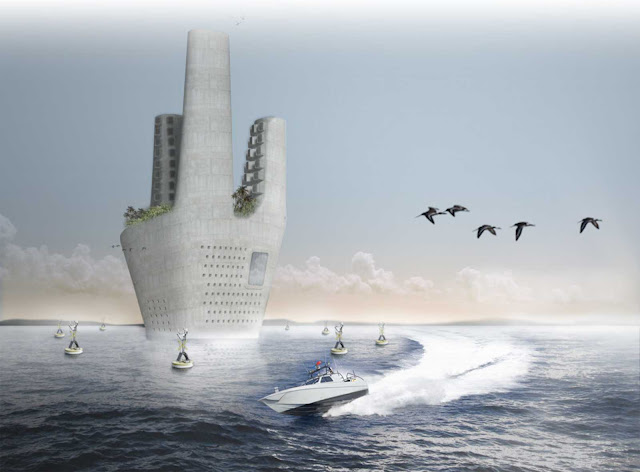 Ever since the seventeenth century the punitive format has progressed going from punishing harder to punishing better, punishing more universally, introducing the power of punishment deeply into society. 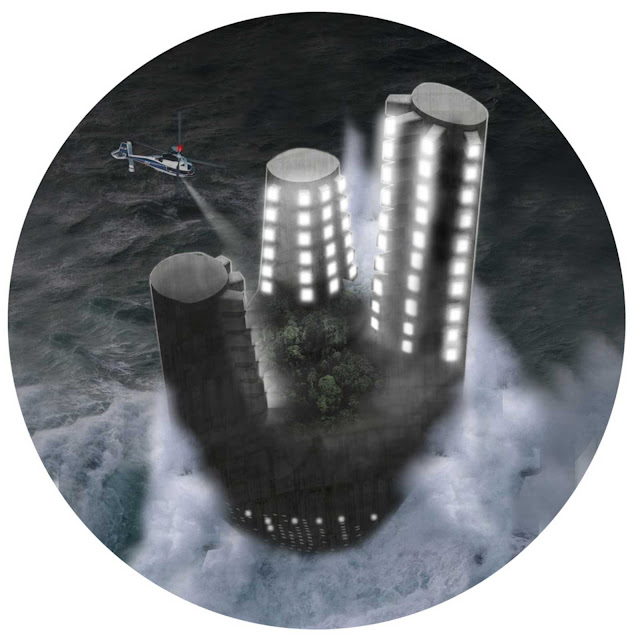 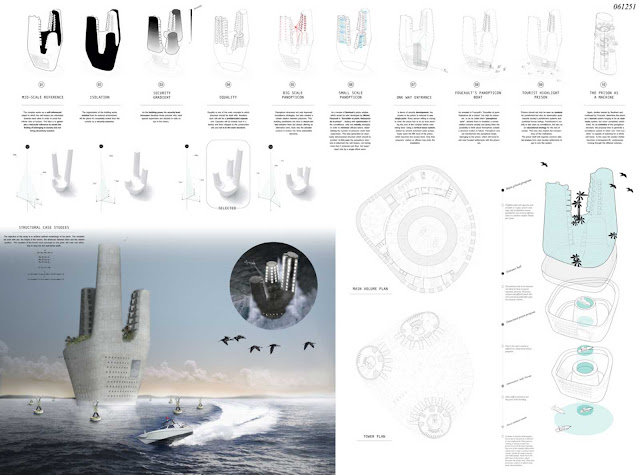 It implies spatial concretisation of power, where the building is conceived as a visibility device, being invisible at the same time. The “non-location” involves individual confrontation with vastness, overlooking the needings of a specific closer reference.

The prisoner must be fully engaged in a piece of egalitarian society; a subsociety allowing the establishment of links and relations between its parts; relation to human scale. 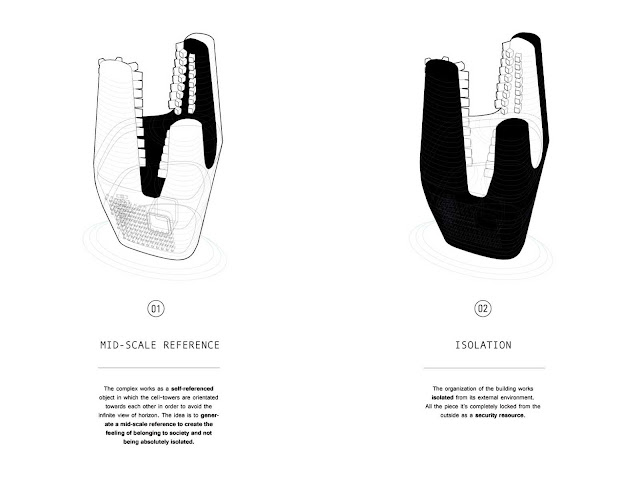