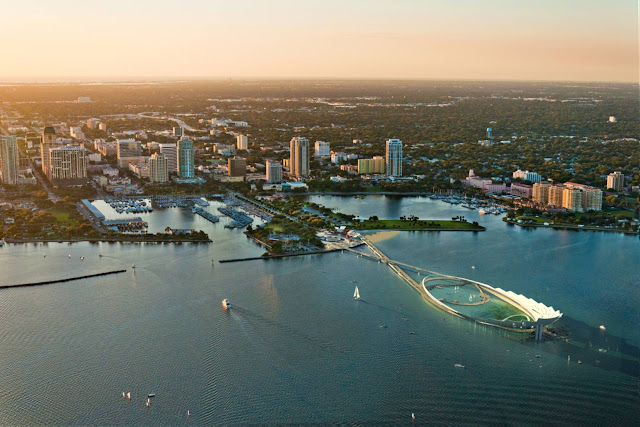 The jury at the international St. Petersburg Pier competition announced “The Lens” proposal as the winning entry. Designed by Los Angeles firm Michael Maltzan Architecture in collaboration with landscape architects Tom Leader Studio. The Pier is a new icon for the City of St. Petersburg in Florida, reframing the relationship between the City and the Bay. 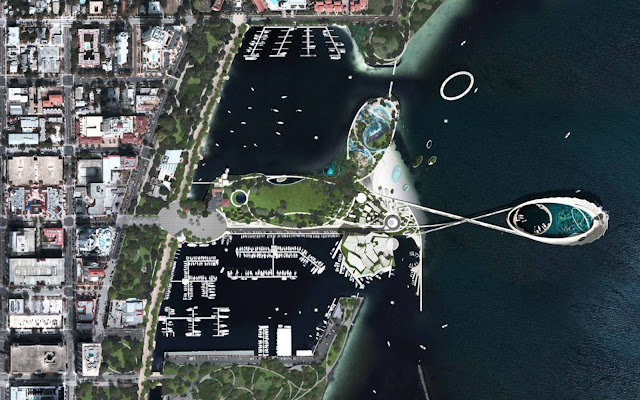 Visible from afar, it is a crown on the skyline and a marker within the daily life of St. Petersburg. Like a magnifying glass on the water, the Pier is a lens back to the city, and a window into the underwater world beneath. 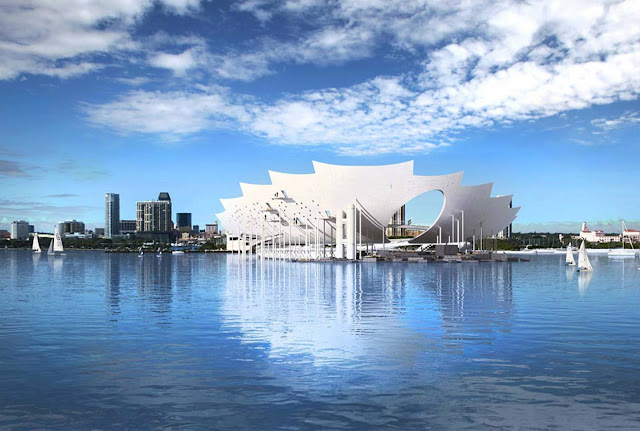 Twin bridges extend out and back, no longer unidirectional, but instead a circuit, allowing for a diversity of experience reflecting a more reciprocal relationship between the Pier and the surrounding waterfront. 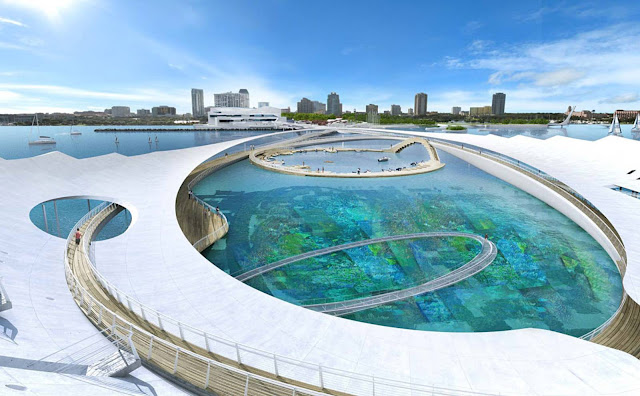 This is a new space for collective experiences for individuals, families, and the residents of St. Pete to gather, to play, and to celebrate. Water is the icon, a vast amenity that defines the city in many ways. 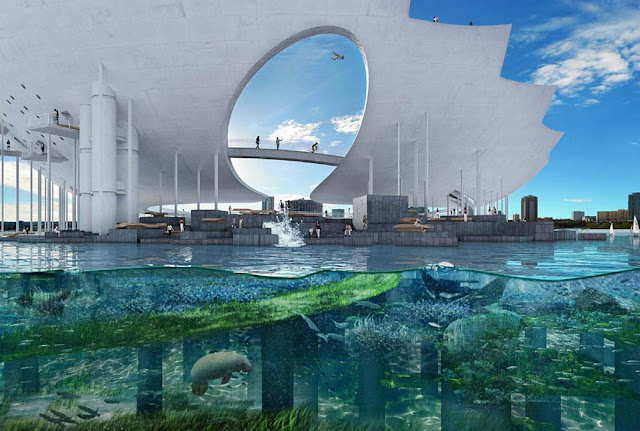 The Pier provides a host of both powerful and nuanced ways to experience the bay – its particular light, atmosphere, horizon, its nautical sociability, its renewed underwater life, an aquatic perspective on the city itself. 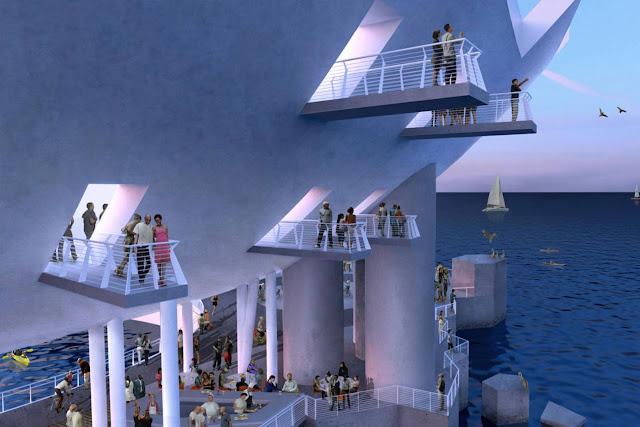 As its canopy rises over the Bay, the Lens incorporates bicycle and walking paths arcing upwards before returning to the water’s edge. Its broad form shelters the main promenade from the hot sun and the rain, welcoming visitors as they arrive on foot, on bicycle, or via the Pier Tram. 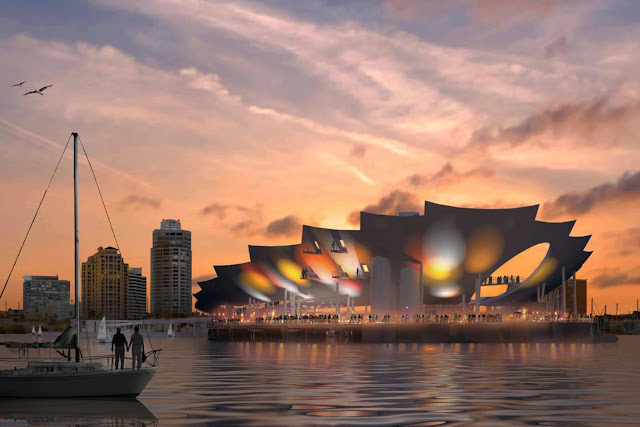 Elevators and stairs bring visitors up to a series of viewing decks with unprecedented views of the city skyline in the distance. An oculus inscribed at the far end of the loop opens and connects the world within the Lens and Tampa Bay beyond. 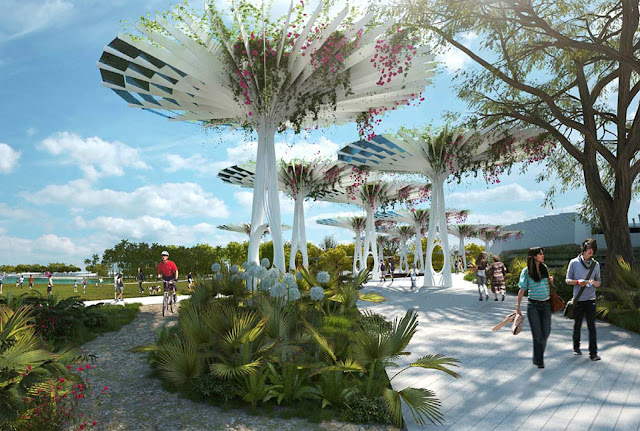 At night, the surface of the canopy can become an extraordinary surface for video projection, for performance, and for art. Patterns of light, color or even clouds can track across its surface and will be visible from the surrounding city.