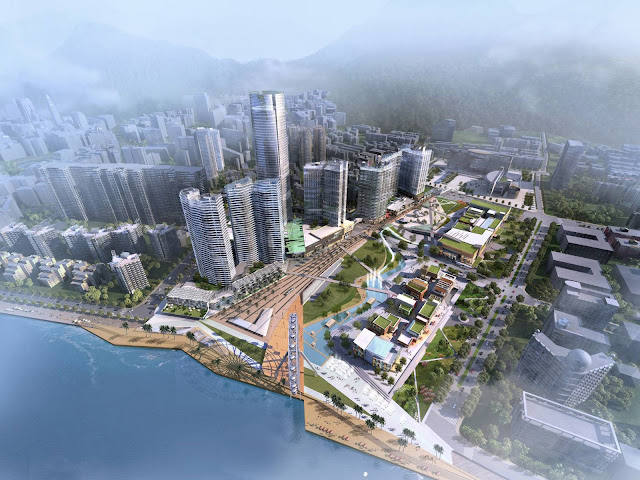 Vanke One City, a large-scale mixed-use development in the Yantian District of Shenzhen, promises to return the existing government center to local prominence while introducing many exciting new public amenities to the area. 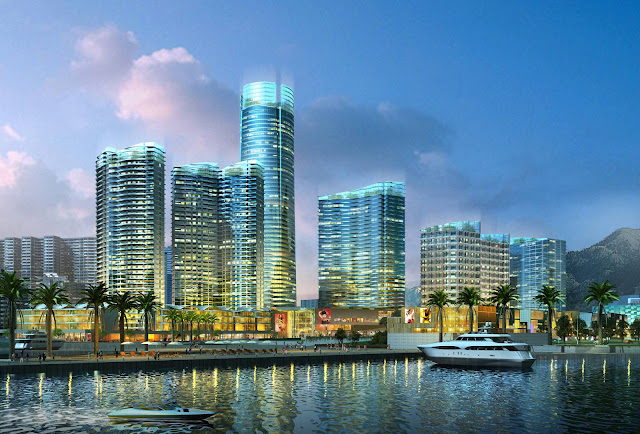 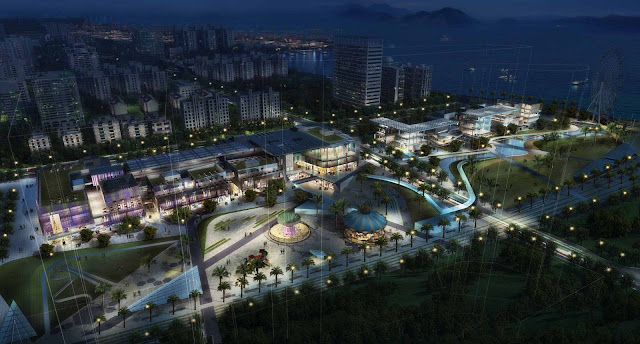 In master-planning Vanke One City, 5+design re-established and celebrated the view corridor between the forested summit and the sea. The project’s retail components were designed to reflect their connection to the site, with building forms and materials changing between the mountains and the bay.

Exterior wood slats will provide dappled light like a tree canopy as well as evoke a boardwalk. The park at the project’s center will serve as the district’s principal green space. 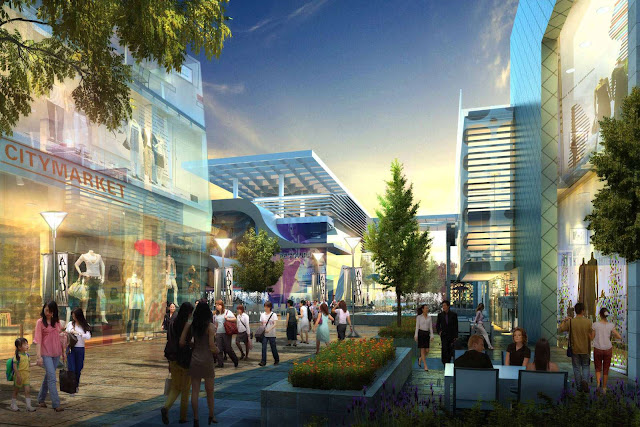 Accessible from nearby residences, tourist beaches and beyond, it will offer a man-made inlet, playgrounds and playing fields, refreshment kiosks and a large central green.