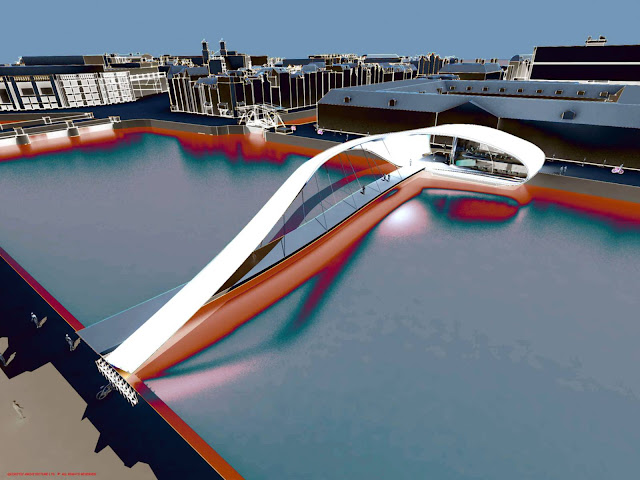 The design is inspired by Semper Augustus, the most expensive tulip sold during Tulip Mania and by five states of matter (Solid, Liquid, Gas, Plasma & Quantum Hall) – as a magical transformation producing unity out of diversity. 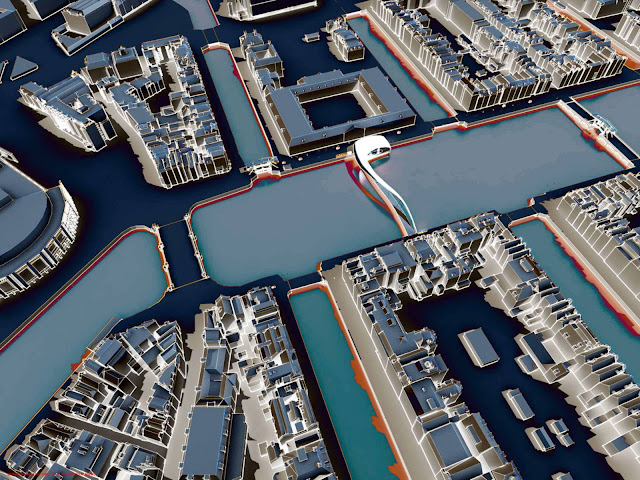 The proposed bridge is formed out of five elements: Arch Stem, Leaf Stem, Petals, Red Sepals and Ovary. Both Stems are rooted on the West bank. However Arch Stem is embedded in the river itself for cooling procedures. Stems and Petals are semi-monocoque aluminum structures to be prefabricated with the assistance of aeronautical engineers at the nearby shipyard giving close affinity with the boats on the river Amstel. 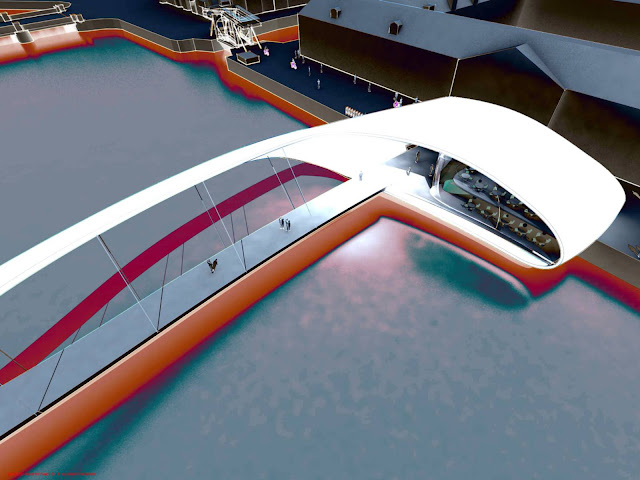 The weight of the Leaf Stem is supported via a system of cables stayed of the Arch Stem hydraulically controlled underneath. The top surface consists primarily of cellulose fibers implanted in a matrix of organic lignin. 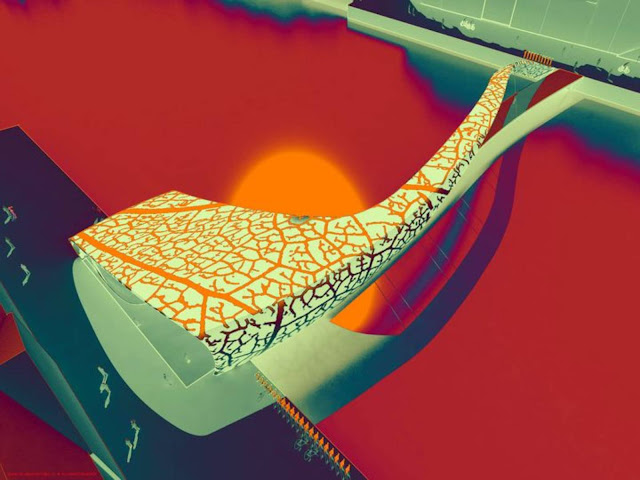 Each segments of Petals are extending from the Stems forming the corolla of a flower blooming in front of the main entrance to the Hermitage Amsterdam Museum on the East bank and embracing the Ovary containing coffee shop with bicycle repair on the ground level and associated facilities above. 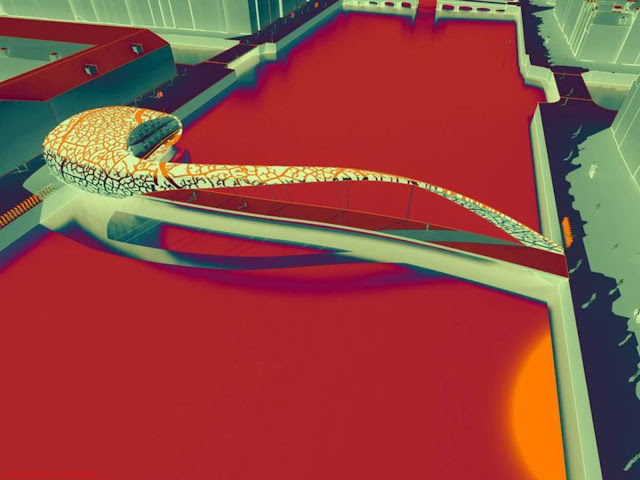 This inflorescence is protecting the Ovary from the North while it is exposed to the South enhancing the photosynthesis of the Red Sepals. Arch Stem with Petals have an outer hollow skin filled with plasma which continuously feeds on merged Red Sepals performing phenomena of filamentation which is visible only by night introducing a completely different crossing experience. 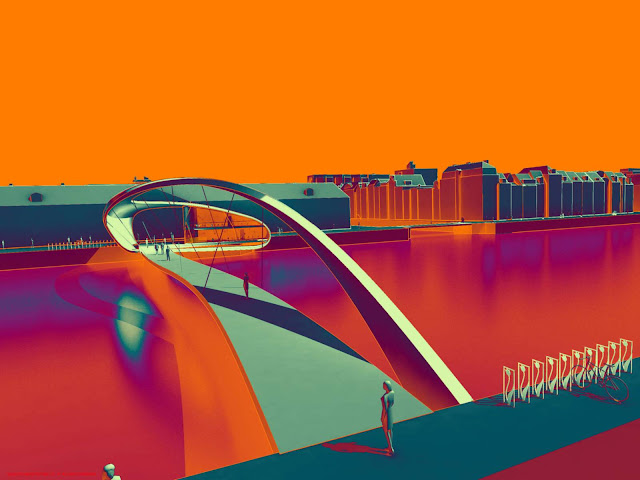 The enclosed plasma emits light in spectrum forming a field of beams and veins. Dependent on the volume of energy produced by Red Sepals the visual effect is unique and most importantly unrepeatable. The bridge is resurrecting and loses virginity every day and every night. 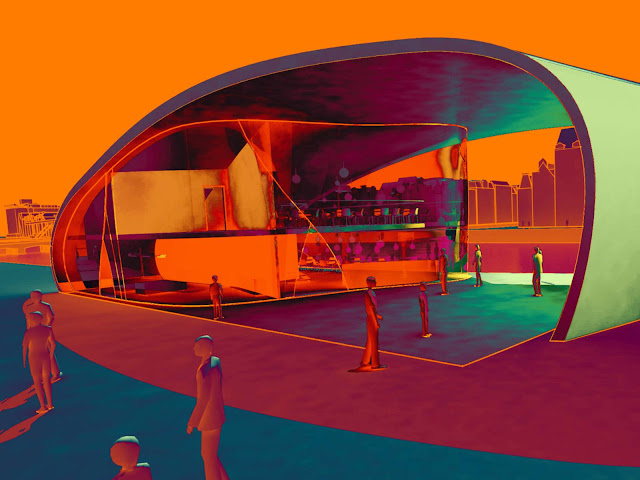 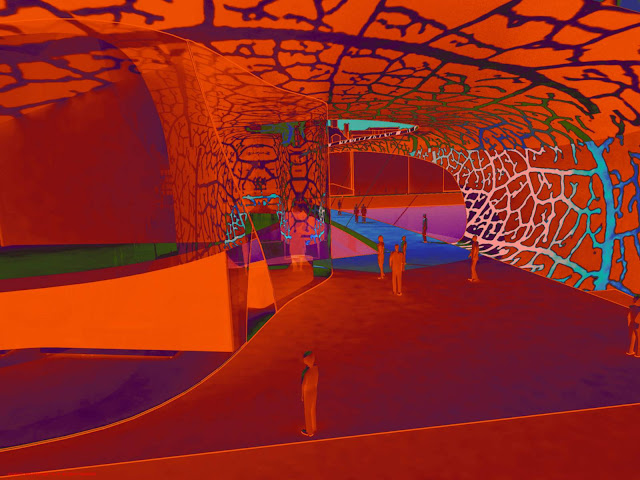 An electric current flowing in a loop of superconducting lattice persists indefinitely with almost no power source. The bridge becomes a power plant. For local people and visitors Virgin Solaris provides not only the exhilarating way to cross the Amstel, a source of energy, a place to repair a bicycle or just relaxation at the coffee shop but also an immortal, seductive gateway to the Hermitage Amsterdam Museum. 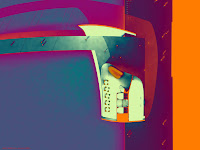 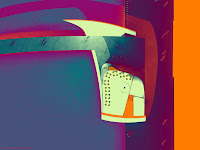