The Berlin Team, wiht Max Schwitalla, Paul Friedli and Arndt Pechstein, proposed a futuristic concept offering a compromise between the convenience and status of personal transport and the civic benefits of public transport. Their proposal, one of three runners-up in the 2014 Audi Urban Future Award, is correlated closely with the aims of Audi’s Urban Future Initiative. 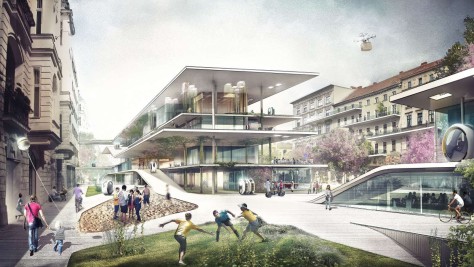 With 21st century mobility reaching its spatial and ecological limits, we have to revisit the relation of mobility and urban space on a systematic scale. The major goal of our proposal is to renegotiate the relationship between mobility and the urban space on the three levels: product, infrastructure, and use. As the 20th century has been the era of urbanization, mobility and digitalization, the 21th century is about the symbiotic fusion of these components. 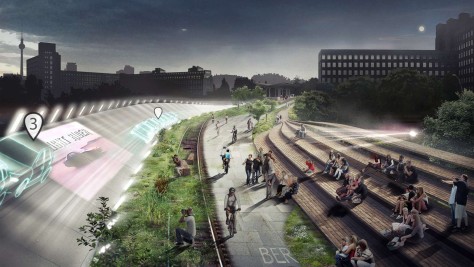 Our goal is to create a just-in-time system that increases the utilization rate of urban vehicles and infrastructure and allows for an individualization of use. By employing destination control algorithms that are operational in elevators worldwide, the collective execution of individual needs will improve the performance of the whole system. 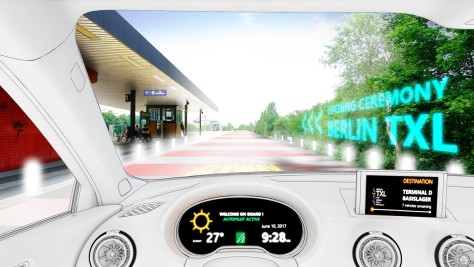 We want to remove the divide between private-individual and public transport by blurring the boundary between the two modes of mobility. Such a system will transform the static station-based concept of public transport into a dynamic traffic landscape and free valuable urban space for alternative uses. 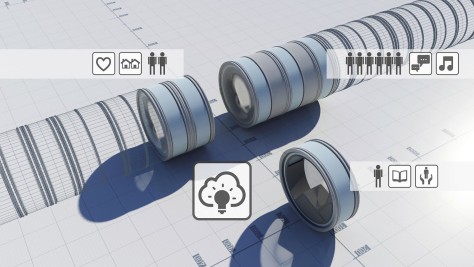 The project „DESTINATION COLLECTIVE“ proposes a long-term (~2035) vision for Berlin as well a local short-term test track „FLYWAY“ (~2017) that showcases all aspects of the envisioned future concept including individual destination control, autonomous driving, and collective mobility that can be experienced by the users. 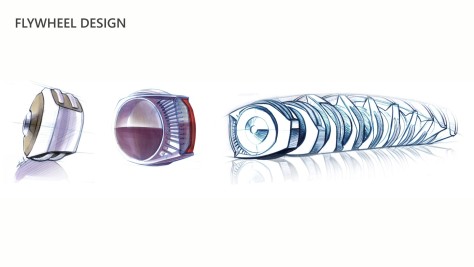 This exciting blur of individual and public transport will be particularly visible in the track becoming a site not only for traffic but entertainment, sports, and leisure alike. Source by Max Schwitalla and Images by Audi.