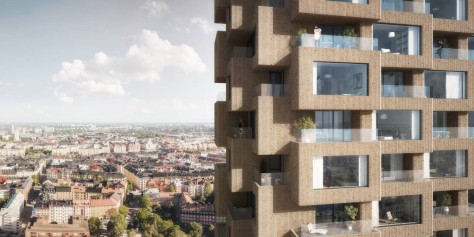 In 2013 OMA has won the design competition for Tors Torn in Stockholm and the construction work is currently set for May 2015. 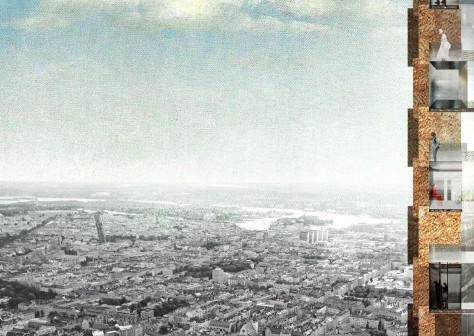 Localized in the city’s Hagastaden district, OMA’s proposal accommodates a mixed-use program with a retail at ground floor and around 300 apartments across both high towers, of 120 and 104 metres respectively. 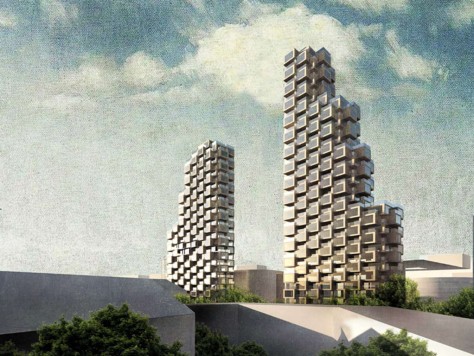 OMA explains that their design “challenges the expected uniformity and homogenous façade treatment that is often assigned to tower structures. Instead, it extends the skin to expose the individuality of the separate living units in the two blocks – a true vertical, urban agglomeration.” 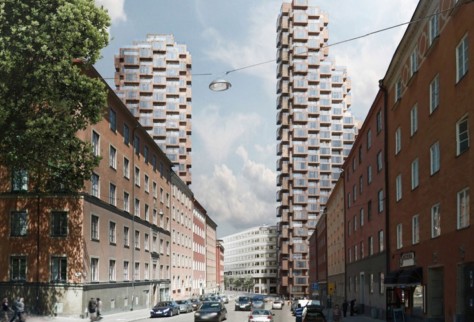 The façade, defined a “rough skin”, is made of prefabricated concrete elements which are designed to mimic the colours of inner city Stockholm. 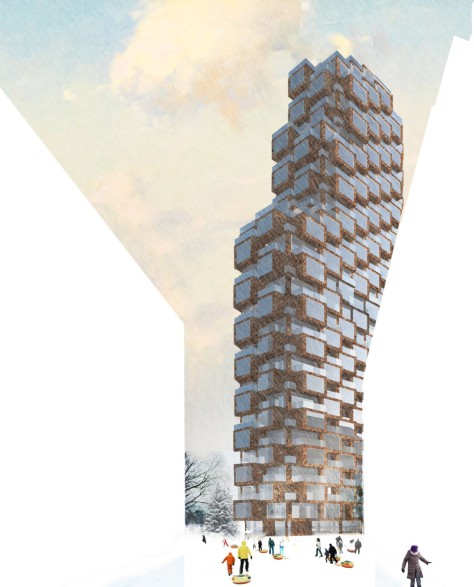 Reinier de Graaf, who is leading the project with OMA Associate Alex de Jong, commented: “The 100 meter high towers define the new neighborhood Hagastaden as an integral part of the growing city center of Stockholm. The informal appearance of the towers will express domesticity, perhaps even humanism.” 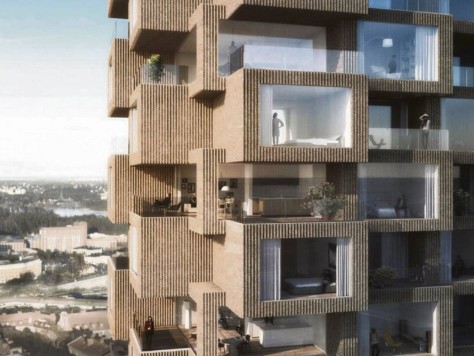 “In addition to private residential apartments, Tors Torn will also contain a diverse public program for the wider community of Hagastaden, an ongoing urban development project aiming to extend the downtown area of Stockholm. 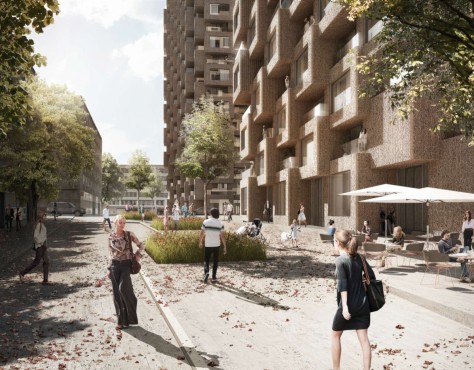 A bar and exhibition space will occupy the upper floors of one tower, with the ground floors of both towers accommodating a health club, library, children’s center and retail areas” according to the press release.