In these days was inaugurated the Philharmonie de Paris without the presence of its designer, the architect Jean Nouvel, who considers the opening premature without the necessary acoustic tests.

After eight years, from competition to design in 2007 at start of the work in 2011, the genesis of the project has been very problematic, costs have almost doubled from the initial € 220 million to the current € 381 milion and the relations between the client and the architect have been in time increasingly tense.

In an article published by the newspaper “Le Monde”, Jean Nouvel is outraged: “The contempt for the last two years, for architecture, for an architect and the architect of the most important French cultural program of the new century, forbids me to express my agreement and my satisfaction with my participation in the opening night. ”

Its bold architecture, which evokes “soft sheets of music and light,” according to Jean Nouvel, is an innovative architecture That Fits gracefully into ITS setting Within the Parc de la Villette – at the edge of Paris proper and at the heart of a fast -growing metropolitan area.

“The Philharmonie de Paris is a truly innovative facility, and in more ways than one. First, from a strictly architectural perspective, the edifice created by Jean Nouvel is like nothing else in the urban landscape.

The mineral building that rises up within the Parc de la Villette is not unlike a mountain, complete with a roof that visitors can walk on! In its dimensions as well as its materials (cast aluminium and shiny stainless steel facades), it wears it modernity proudly.

Its location in northeast Paris makes a bold statement as well. The proximity to the Conservatoire national supérieur de musique et de danse, the Zénith and the Grande Halle make La Villette into something of a ‘music quarter’.

Moreover, the connection to the city’s outskirts and suburbs encourages new audiences, from different generations and social backgrounds, to attend concerts. One of the project’s inspirers, the composer Pierre Boulez, could not have said it better when he called the Philharmonie ‘the Centre Pompidou of music’.

A dialogue with the Parc de la Villette
Standing 52 metres high, the Philharmonie is an unmissable landmark in northeast Paris. The screen-wall that towers over the building creates a luminous ambiance, also serving as a spectacular announcement board for upcoming programmes and concerts – a stunning display that calls the public (of all ages and interests) to venture inside the various spaces.

The Philharmonie is also a beacon within the Parc de la Villette. But rather than attempting to dominate the site, the building fits naturally into the urban and architectural context, establishing a dialogue with the other architects who have left their mark there (Christian de Portzamparc who designed the Cité de la musique and the Conservatoire, and Bernard Tschumi with his famous ‘Folies’).” Source by Philharmonie de Paris. 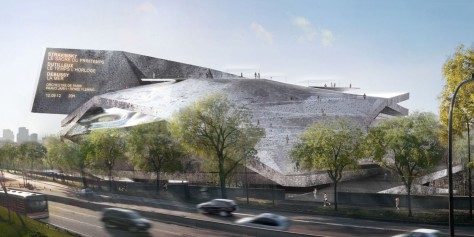 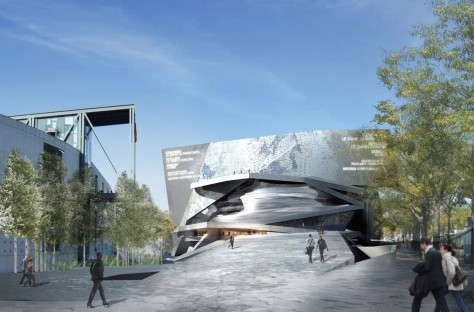 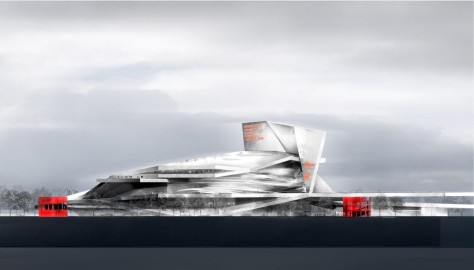 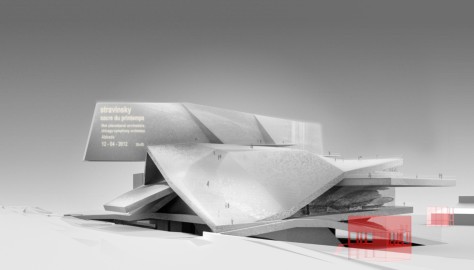 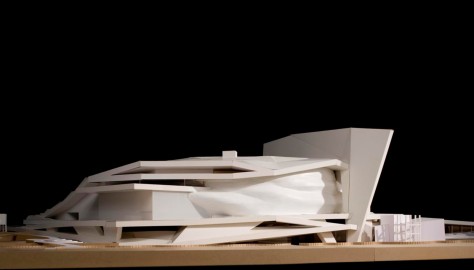