The building was approved in 2014 as result of a restricted competition in which RTA-Office has won 1st prize. The construction of the 4 towers has already begun and reached an important height. The photos shows construction status and first facade tests with its glass and horizontal solar shading.

The project belongs to a greater (1 million square meters) development scheme that targets IT companies from all over Qingdao.

The winning proposal is set for construction next year.
RTA-Office’s project occupies a privileged place, at the center of the development area and is comprised of a total of six office towers: two tall buildings of 160 m, two of 100 m and two adjacent buildings of 70 m each.

The design was made under rigorous volumetric constraints: the two existing towers, the local regulations, the client’s request and the position of the site imposed a symmetrical configuration.

The four main office towers are organized along an axis that accentuates the main entrance in the office complex. These towers are connected by a detached “podium” containing all the public functions of the office buildings; this gesture generates a covered public space that draws people inside.

The building’s shape and façade was designed in response to one major question: How to create a complex and iconic shape that is also efficient for an office building and a shape that makes sense economically?

The project has taken inspiration from the natural movement of Qingdao’s sea breeze and the team has designed a façade that reflects this idea and also offers solar protection for the office space.

The interior of the building presents a regular floor plans scheme that responds to functional and economic motives but outside the complex shape is more sophisticated, generated entirely by aluminum stripes that provide sun shading.

The design of this system puts high emphasis on bringing comfort to the indoor climate – letting enter the natural light inside the office space while keeping the heat out.

A strong and unified image is achieved through the design of a facade elegantly modelled that protects, feels and communicates. The complex is expected to open to the public in late 2015.Source by RTA-Office. 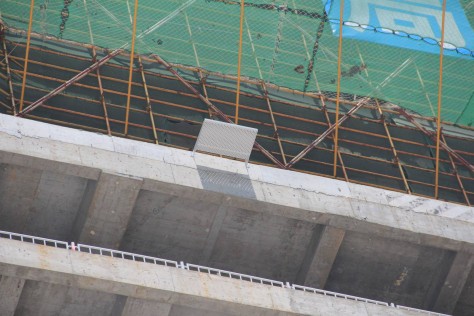 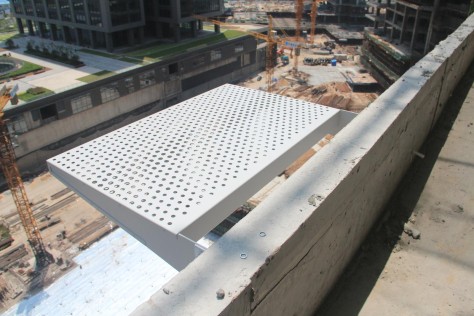 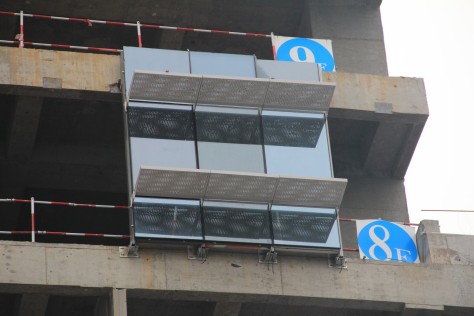 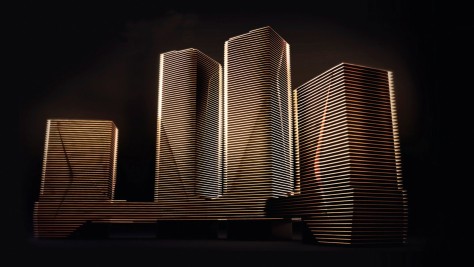 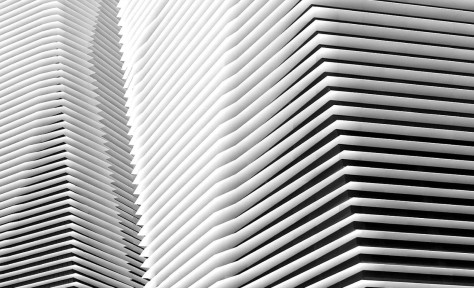 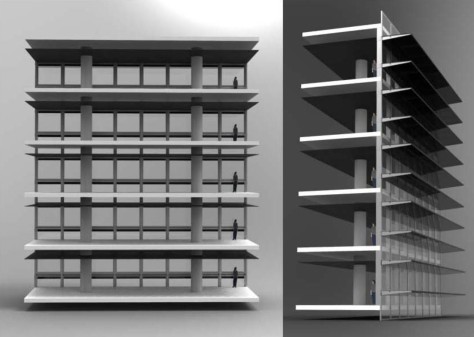