India has a glorious history of temple architecture. The desert state of Rajasthan, where the temple is located, has an equally diverse and refined heritage of buildings set in an unforgiving climatic zone. Given this legacy, to design a contemporary Hindu temple set in the sand dunes of Rajasthan has been an enormous challenge.

Lord Shiva, to whom this temple is dedicated, dwells in paradoxes and apparent dualities. In Hindu scriptures and mythology he manifests as both – the Preserver and the Destroyer. In unison with goddess Shakti, he transcends the duality of the masculine and feminine principle.

Like other such perceived dualities, masculinity and femininity are often approached as a continuum rather than a binary in Indian philosophy and mythology. This symbolism needed to be translated into evocative spatial clues to deliver this project.

The architecture of the temple combines the heavy materiality of the stone with the lightness of the form, where the solid looking stone exterior dissolves as the night dawns and transforms into a delicate lantern in the dunes. During the day, light filters into the sanctum of the temple.

At night, light turns the temple inside-out, extending an invitation to those outside while rewarding those within. This gesture also subtly seeks to illuminate the need for inclusion in contemporary religious spaces, which still tend exclude based on old age biases of gender, class, caste or orientation.

The state of Rajasthan is known world over as the source of stone and stone craftsmanship. We sought to celebrate this heritage. The local Jaisalmer Yellow Sandstone was our choice of stone – its glowing surface reflects that golden desert sun that is strongly associated with Rajasthan. The yellow sandstone gives the temple an appearance of having risen from the surrounding sands.

The pure compression structure is reveals through each course and component that forms the superstructure. The design – with its strong form, stark quality and play of light on warm stone – seeks to evoke visual and tactile senses of the worshiper.

The stainless steel ‘shikhara’ or the peak atop the golden stone, catches the light during sunrise and sunset and also celebrates the legacy of the organization that commissioned this building. At different times of the day, from different directions, the temple is heavy and light, solid and translucent, valid and void, past and present. Source by SpaceMatters. 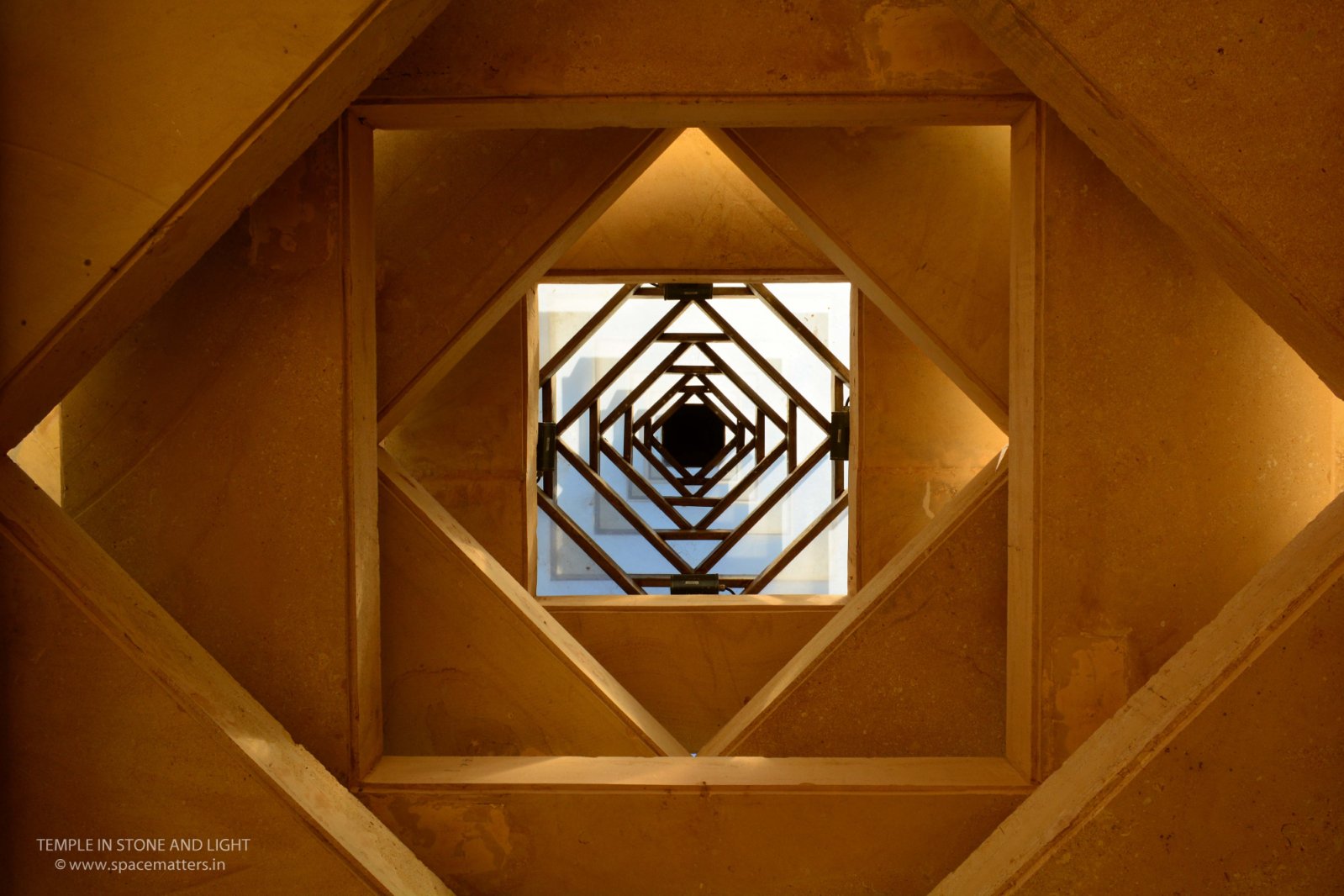