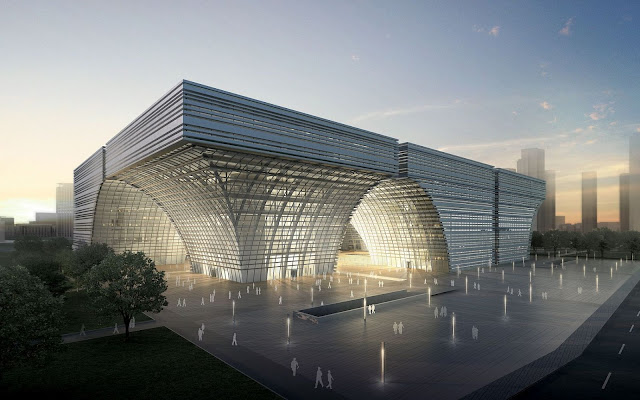 “The architects von Gerkan, Marg and Partners (gmp) have been awarded first prize according to the jury in an international competition to build the Culture Center in the newly created Changzhou city center – competing with KSP – Jürgen Engel Architects, Arata Isozaki and other leading practices. 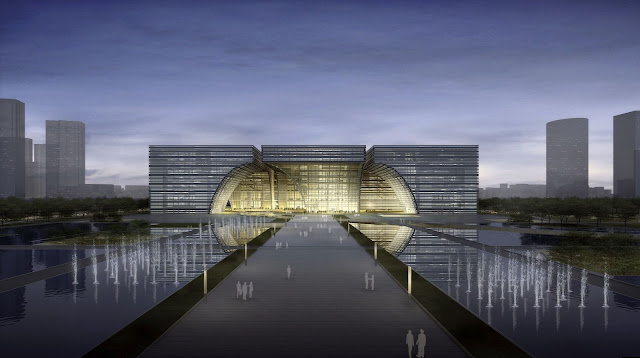 With a total floor area of 365,000 square meters, the new building complex includes a number of museums such as an arts museum, a science and technology museum and a library, together with service facilities supporting the center for culture in the Xinbei district of the city of three million, between Wuxi and Nanjing. The design reflects elements of Changzhou’s southern Chinese culture and the city’s prominent water features. 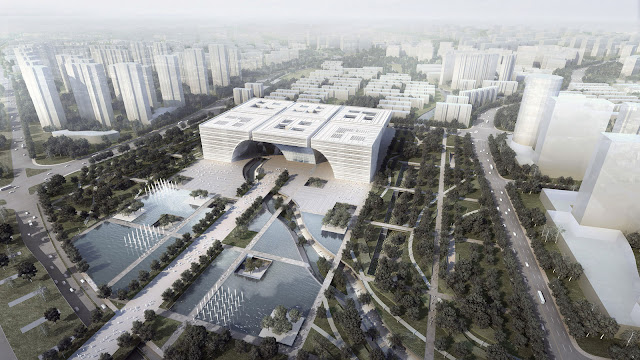 The building modules – which cantilever bridge-like in a large arc – consist of six 45 meter-high pavilions which vary significantly inside with their different architectural functions, but form a visual whole from the outside. The space between the art gallery to the east and the science and technology museum to the west forms the public plaza in the center of Changzhou. With its water features and generous landscaping, it provides an inviting ambiance and serves as a meeting point in the district. 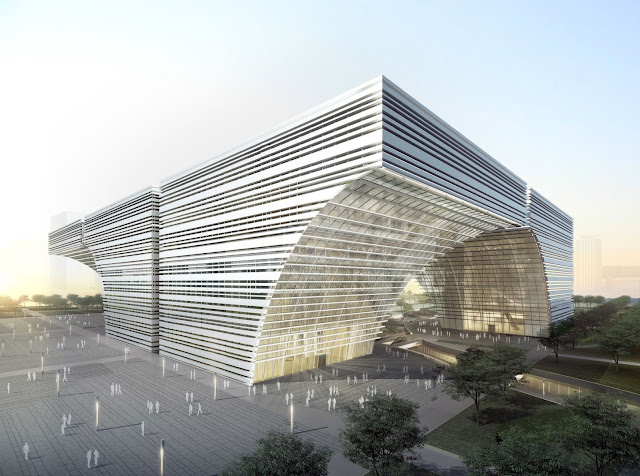 On the 256,000 square meter basement floor are an underground car park as well as numerous shop and retail areas which are lit by lightwells and which are directly connected with the cultural facilities. A water course on the higher level running diagonally through the 17 hectare site links all the modules together and acts as a source of lighting for the restaurants in the basement. 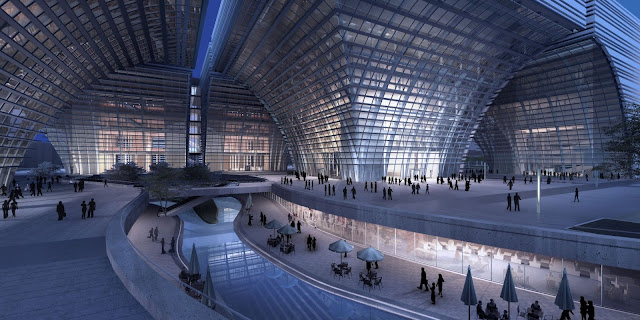 With its material and colour, the façade picks up on the regional building tradition: staggered grey slate creates a solid external impression which is contrasted by the bright surfaces with white elements and transparent glass
façades on the inside of the buildings. The Culture Center will play an important role in shaping the new city center and its development, and it reflects Changzhou’s tradition carried over into the modern metropolis. The large roof spreads across the six culture pavilions and is used to define the public space for Changzhou’s citizens.” Text of gmp. 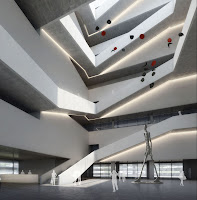 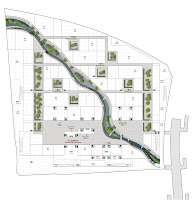