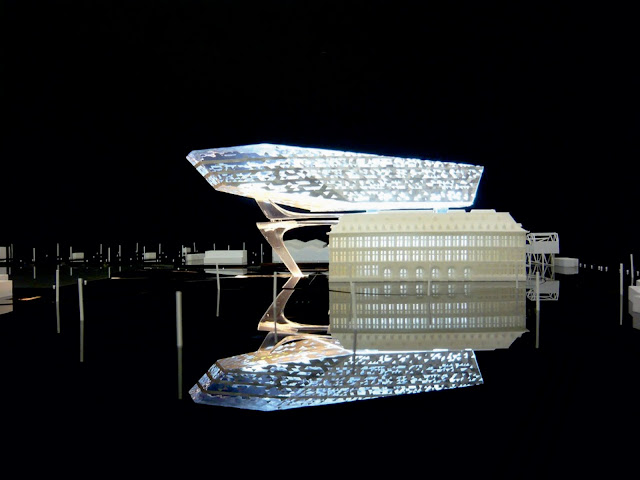 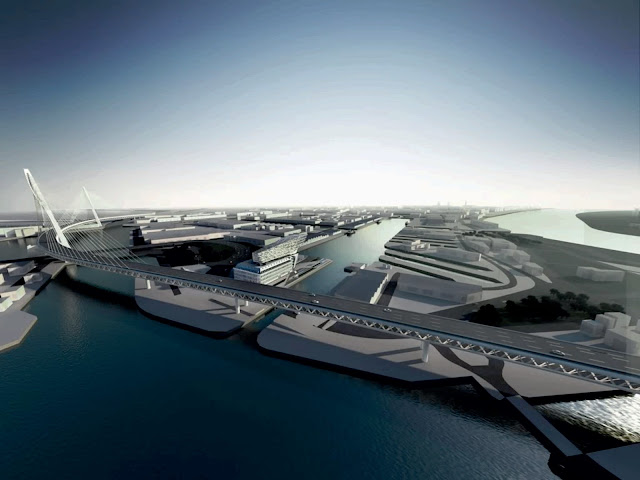 The design team from Zaha Hadid Architects proposed a very dynamic architecture that strikes up a dialogue with the Oosterweel road link, with the Lange Wapper bridge forming a backdrop to the New Port House. With its unique design, its facade architecture and its height of 46 metres, the new Port Authority will be an iconic building, visible from many different directions. 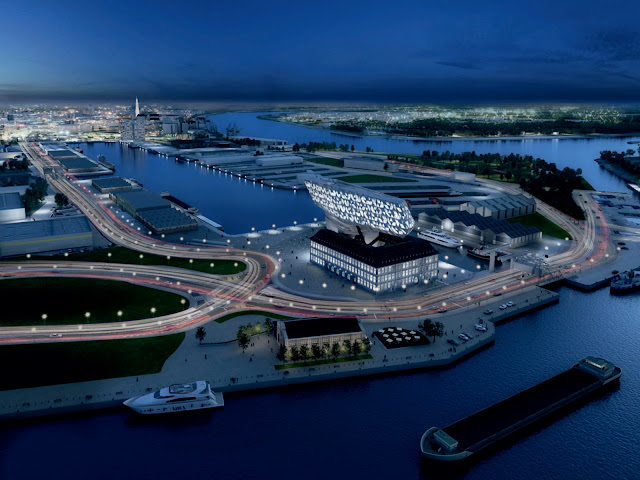 The concept is a free interpretation of a beam-shaped volume raised above the existing fire brigade building and supported on three sculptured concrete pillars housing the stairs and lifts. Two of the pillars are situated on the covered inner courtyard of the firehouse, while the third is located beside an external support point and consists of a panoramic lift shaft. 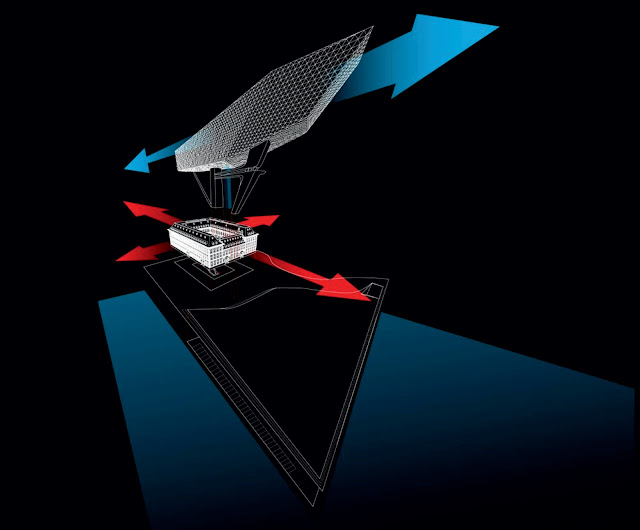 The new volume is oriented North-South parallel to the Kattendijk dock. The head of the building on the South side is a frame that looks towards the city and clearly marks the start of the port area. The outside walls are made up of glass triangles, some transparent and some reflecting. These do not all lie in the same plane but are rotated slightly with respect to one another, creating an attractive reflecting play of incoming light in a reference to Antwerp’s diamond industry. 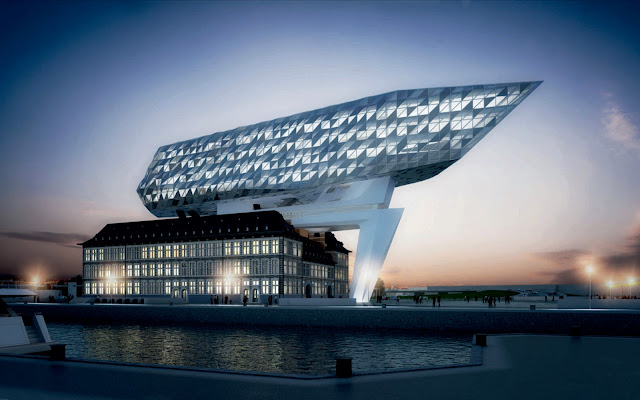 The present firehouse will be kept free of building all around, so that the four outside walls will be fully respected. As for the arrangement of the inside spaces, consultations will be held with Flanders Real Estate Heritage and the Monuments department of the City of Antwerp to determine whether open-plan offices (as laid down in the schedule of requirements) are possible, either partly of throughout. 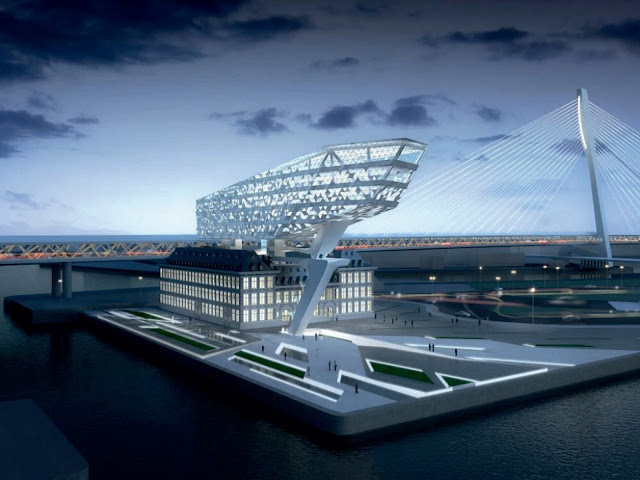 The inner courtyard will be roofed over at the height of the second story so as to create an air-conditioned inside space. This central entrance hall will be considered as a semi-public space, with various enquiry desks (Personnel department, Harbourmaster’s Office, Planning Permission & Environment Permit office and Port Dues payment desk) integrated in the inside wall portals. 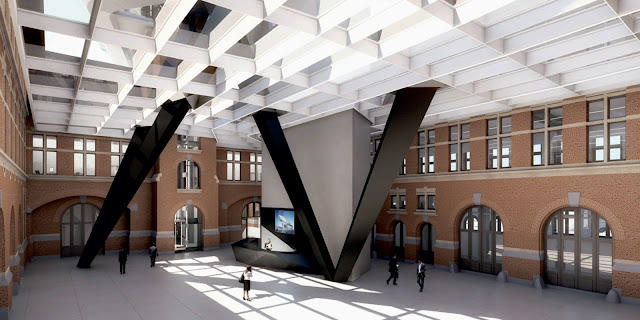 A sculptural, sloping roof unites an underground lobby with the covered inner court. Access to the underground car park is an important aspect of the overall concept, with the loading & unloading bays and the refuse handling facilities also located here. The car park has space for 300 or so cars and consists of a single underground level. 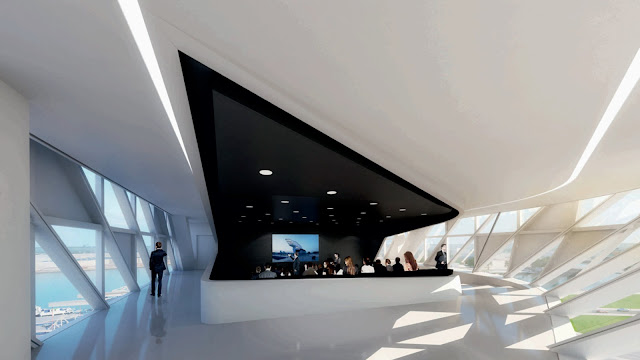 The design of the square can be arranged so that daylight is allowed to enter. The above-ground layout forms part of a design project that is being carried out in consultation with the city departments responsible, with the main imperative being to “preserve the visual quality of the outside spaces in the Het Eilandje area.