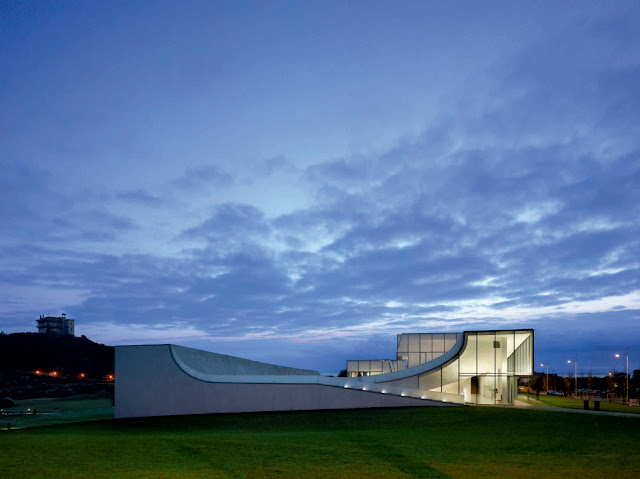 Set on the Atlantic coast where France joins Spain, Cité de l’Océan et du Surf, which opened at the end of June 2011, six years after Steven Holl won a competition. 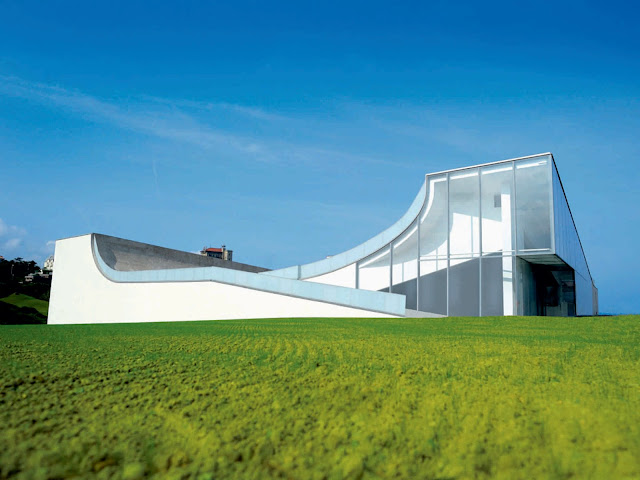 Topographically melding with the landscape, the Cité is a museum of oceanography, exploring themes of science, ecology and leisure that expand the remit of Biarritz’s more conventional marine life centre. 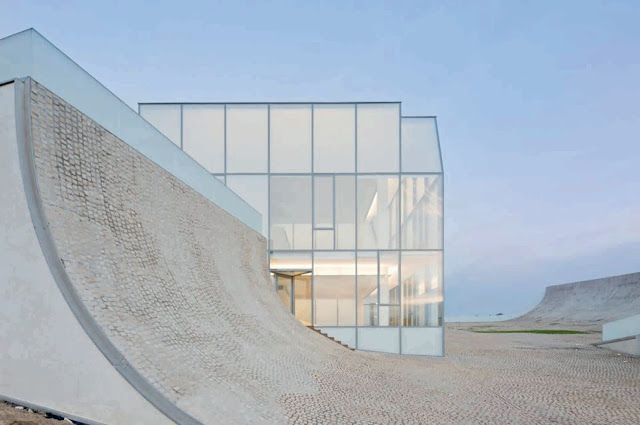 The Cité de l’Océan et du Surf Museum intends to raise awareness of oceanic issues and explore educational and scientific aspects of the surf and sea and their role upon our leisure, science, and ecology. 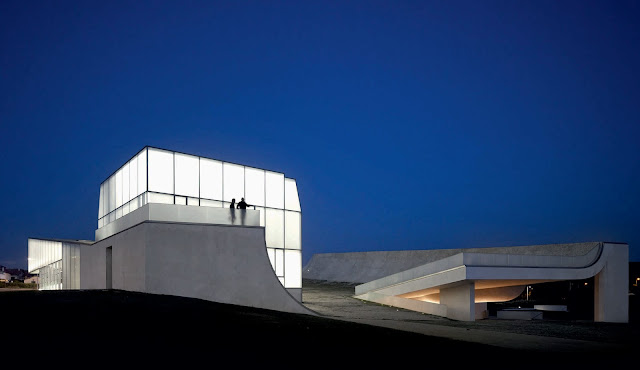 The project, designed in collaboration with Brazilian artist and architect Solange Fabião, is comprised of a museum building, exhibition areas, and a plaza, within a larger master plan.

The building form derives from the spatial concept “under the sky”/”under the sea”. A concave “under the sky” shape creates a central gathering plaza, open to sky and sea, with the horizon in the distance. 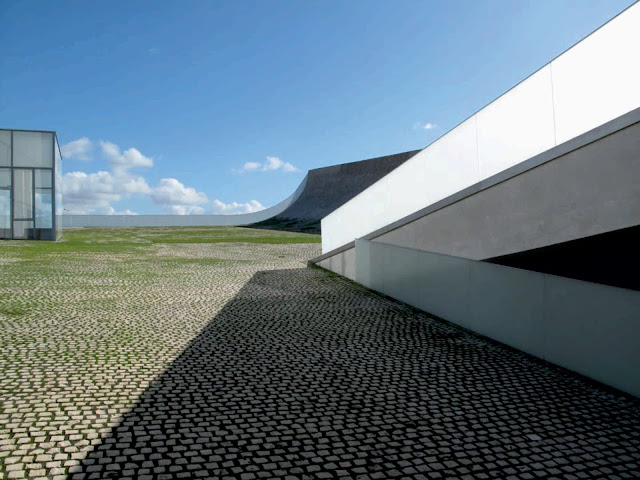 The convex structural ceiling forms the “under the sea” exhibition spaces. This concept generates a unique profile and form for the building, and through its insertion and efficient site utilization, the project integrates seamlessly into the surrounding landscape. 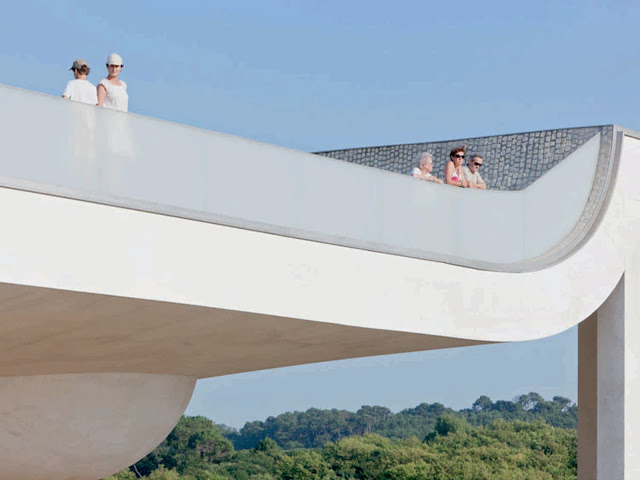 The building’s spatial qualities are experienced already at the entrance where the lobby and ramps give a broad aerial view of the exhibition areas, as they pass along the dynamic curved surface that is animated by projected images. 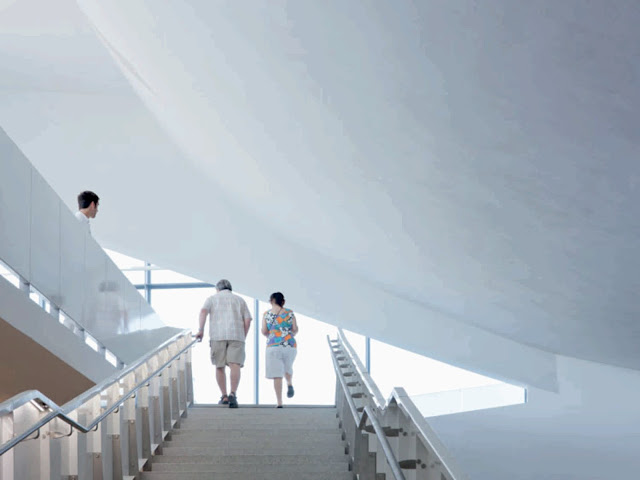 The gardens of the Cité de l’Océan et du Surf aim at a fusion of landscape and architecture. The curved platform also acts as a belvedere rising up to address the site and frame views to the distant western horizon where sea meets sky. 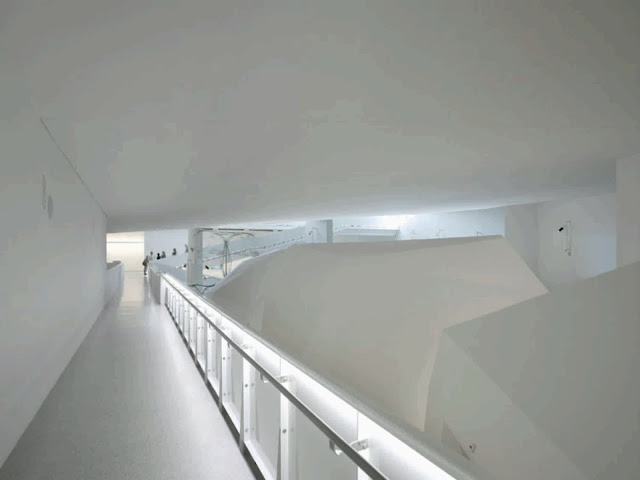 The plaza is paved with a progressive variation of Portuguese cobblestones, which allows for the growth of grass and natural vegetation, and on axis with the ocean towards the west, the concave form of the building plaza is extended through the site. 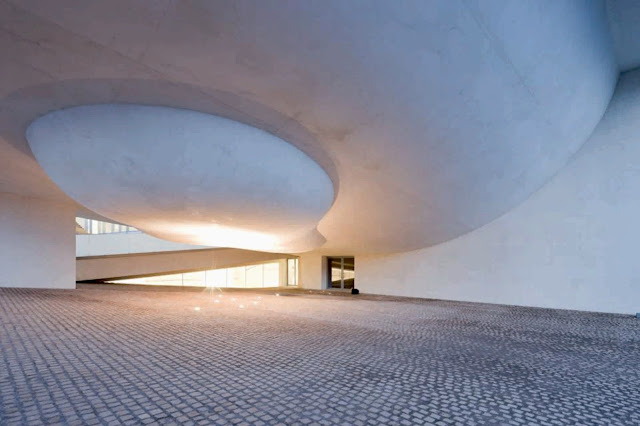 With slightly cupped edges, the landscape, a mix of field and local vegetation, is a continuation of the building and is integrated in the museum facilities, offering a space to host festivals and daily events.