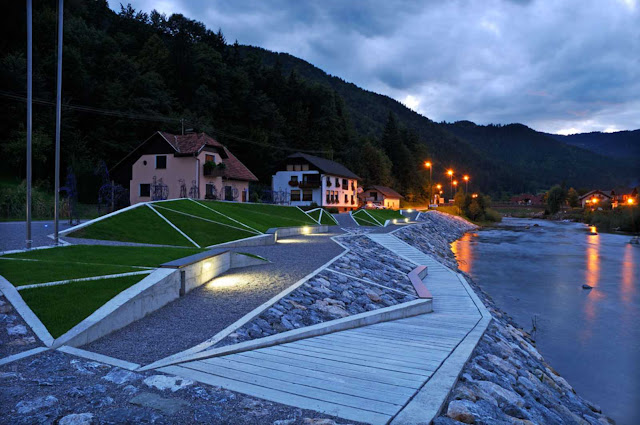 Located in Ljubno ob Savinji in Slovenia, this isproject was carried out along the banksof the Savinja. 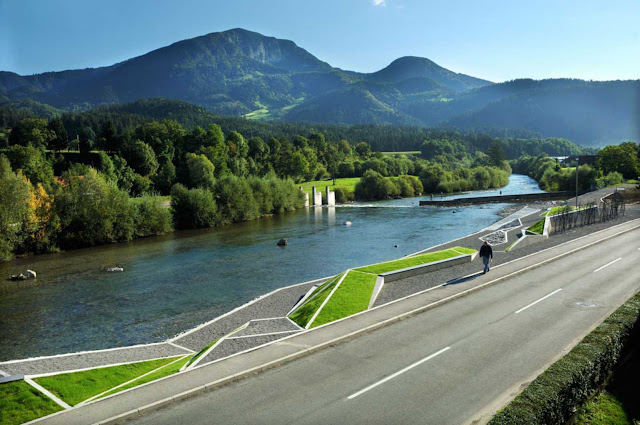 Dedicated to General Maister that in the night of 23 November 1918, with Slovene volunteer forces of 4000 soldiers and 200 officers, seized control of the city of Maribor and the surrounding region of Lower Styria. 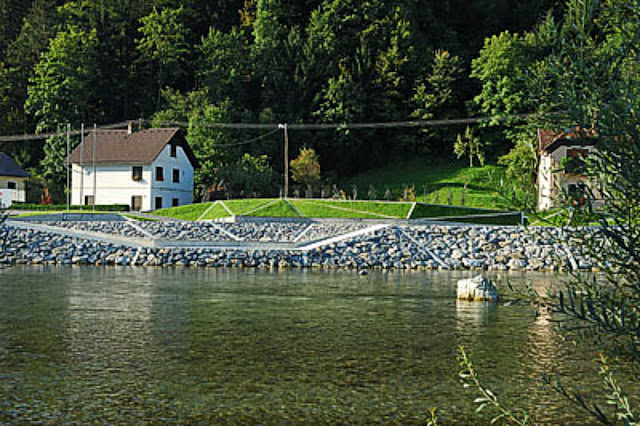 The park was planned as an abstract three-dimensional space, where the paths lead around geometrically cut grass crests. 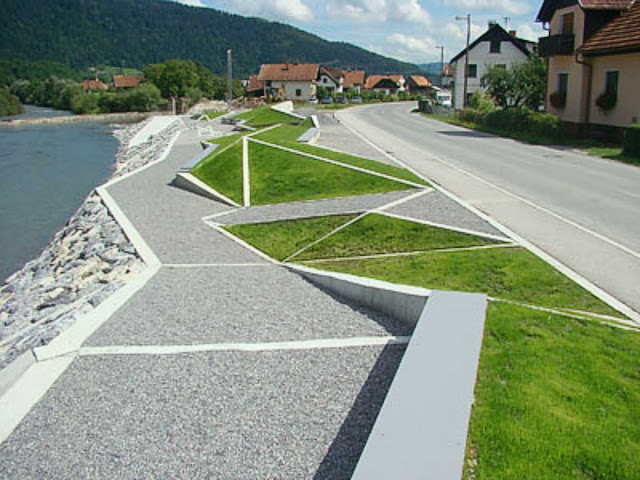 It is an abstract representation of the crest of the northern border, for which Maister’s soldiers fought. 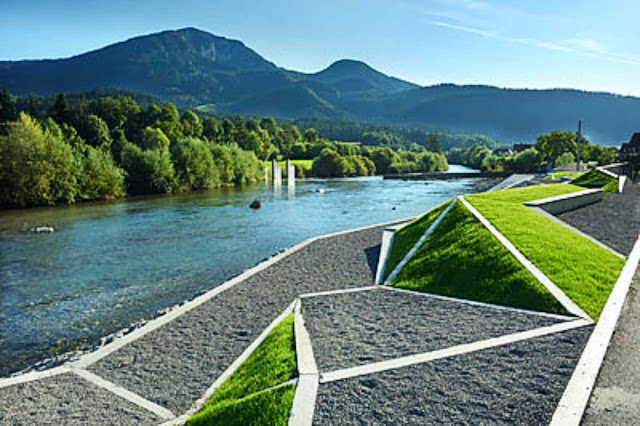 The crest next to the road is truncated and ends with a supporting wall, which serves as a part of the memorial symbol, for onit there is a line of metal sticks, bearing the names of the soldiers for the northern border. 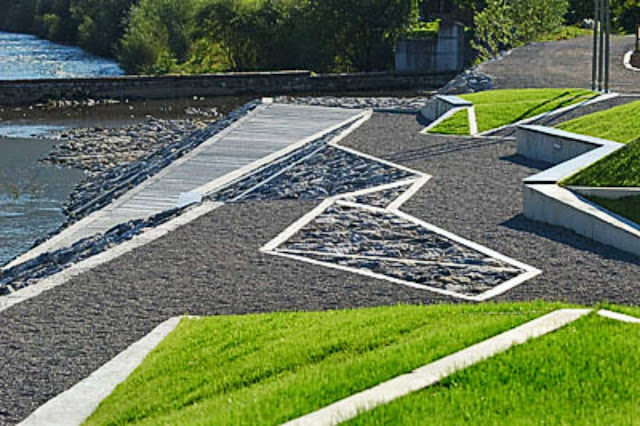 The symbolic composition ends with an abstract life-size bronze figure of a horseman. 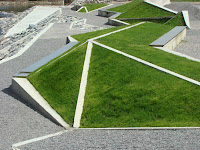 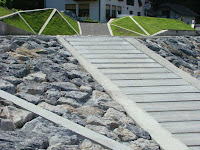