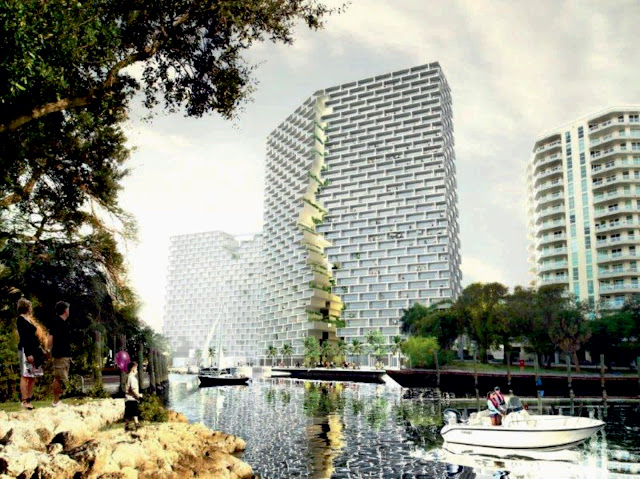 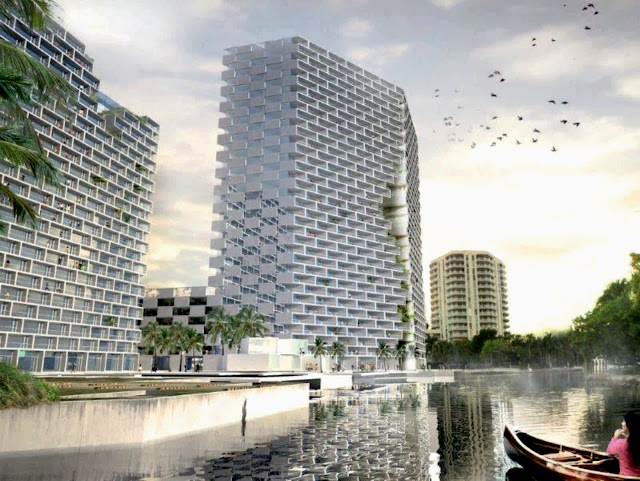 Totaling 1,000 rental apartments, 10,000 sq ft of restaurants and 25,000 sq ft of retail, the mixed-use development is broken into three phases. The Florida-based developer, Asi Cymbal, expects the project to have a positive long-term economic benefit to the city and local community of Fort Lauderdale. 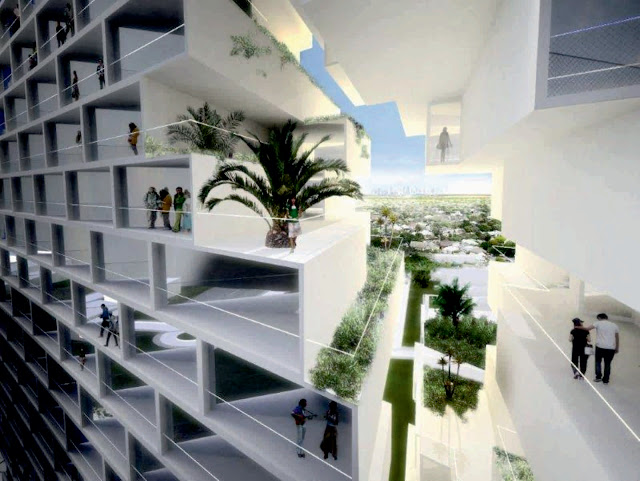 “Our intent here is to create a world class project that will serve as a model for architecture, creativity, and energy along the most prime stretch of waterfront in Downtown Fort Lauderdale,” says Asi Cymbal, owner of Cymbal Development. Situated in an industrial gap in Fort Lauderdale’s Riverwalk park, Marina Lofts stitches together the final arm of the currently fragmented public space along the New River. 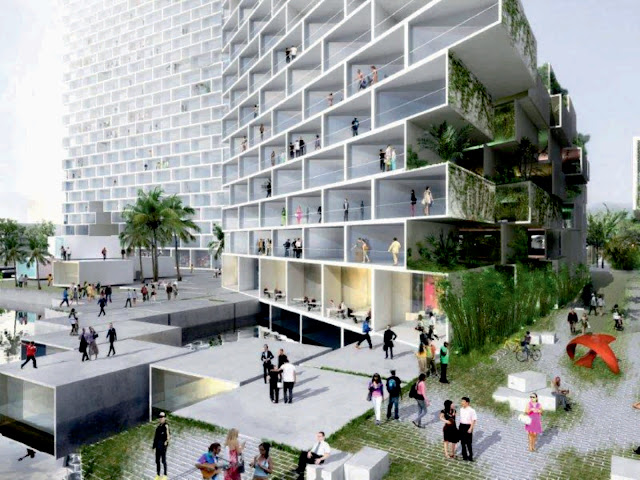 BIG’s design frames the space with a generous public promenade bounded towards south by a 3-phase series of residential towers, creating public life along the riverfront while maintaining the existing marine activities of Fort Lauderdale. The two initial housing towers are treated as one continuous building “breaking” at the center to form an opening which allows maximum pedestrian activity to flow between the buildings and extends the city life out to the waterfront. 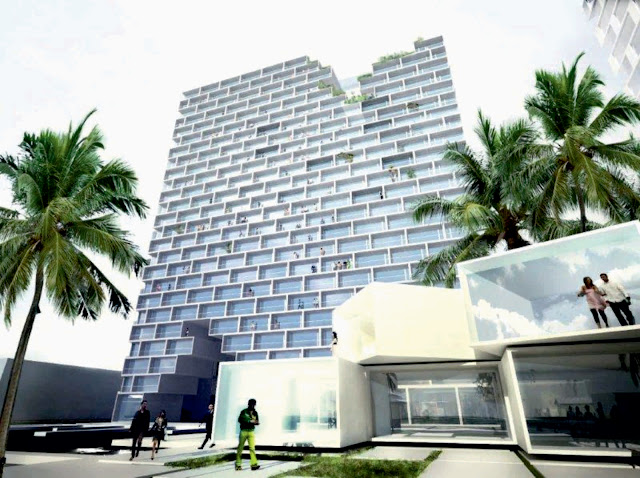 “The project fills the gap in the waterfront of Downtown Fort Lauderdale stitching the existing fragments of promenade together into a new and revitalized river park adding density and life to the scenic setting. The two buildings are torn open to form a cave and a canyon – opening up for the neighborhood to reach the river. A design made through subtraction rather than addition. ” Bjarke Ingels, Founding Partner, BIG. 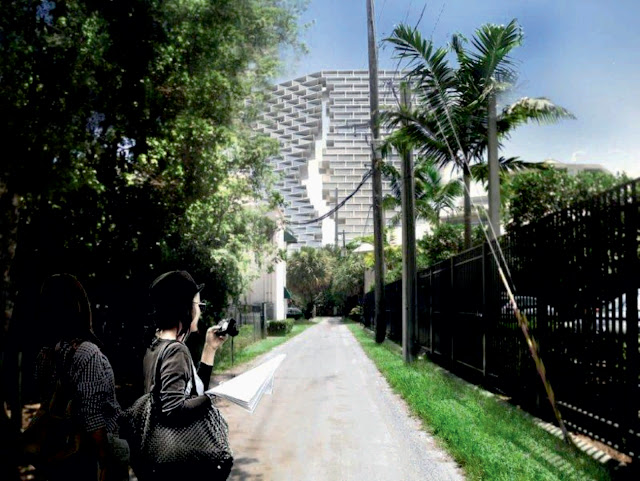 As both towers ascend, the crack between them allows for flexibility in apartment sizes by liberating the units from the structural grid and enabling living spaces to scale up or down as desired. The solid infill of the void maintains privacy between units by directing the windows in carefully-orchestrated locations. 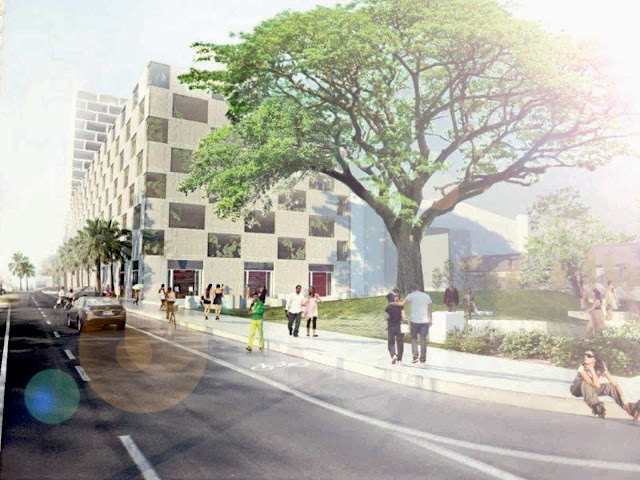 The site of the third tower is currently home to a 250-boat garage which remains intact as the future tower straddles the entrance to the garage door allowing boats to easily pass back and forth beneath its legs. The existing water taxi station is augmented with shading structures and permanent pavilions to further activate the connection across the river. The waterfront will be a lushly landscaped park with ample setbacks from the water to provide more public space for the South Riverwalk. 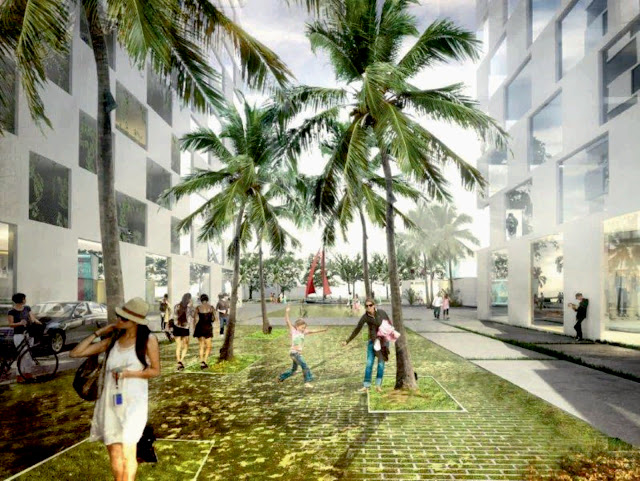