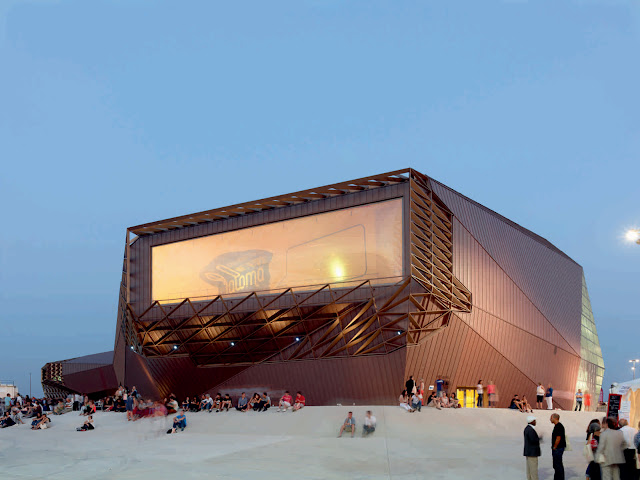 Situated in southern France, Nîmes has a rich history, dating back to the Roman Empire , and is a popular tourist destination,  is well known for its exuberant character, and its fashionable artists. 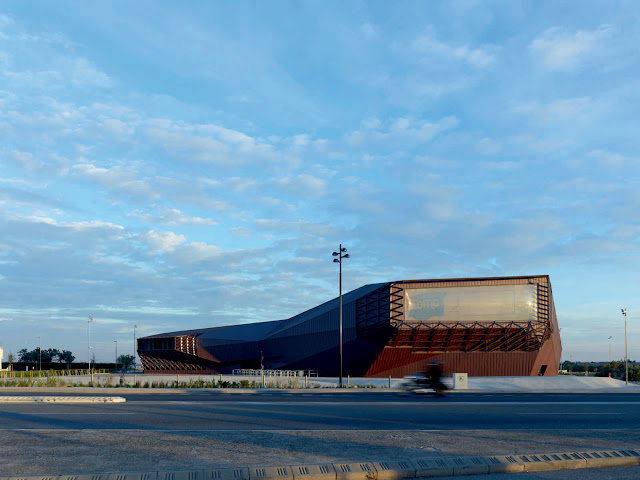 French firm Tetrarc has fed on Nîmes’ special identity in order to create a complex dedicated to contemporary music at the entrance to the town between a flying club and a district made up of a mix of low rise buildings. 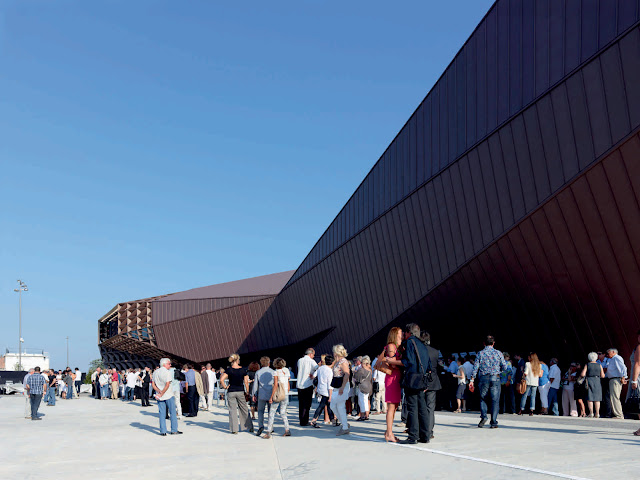 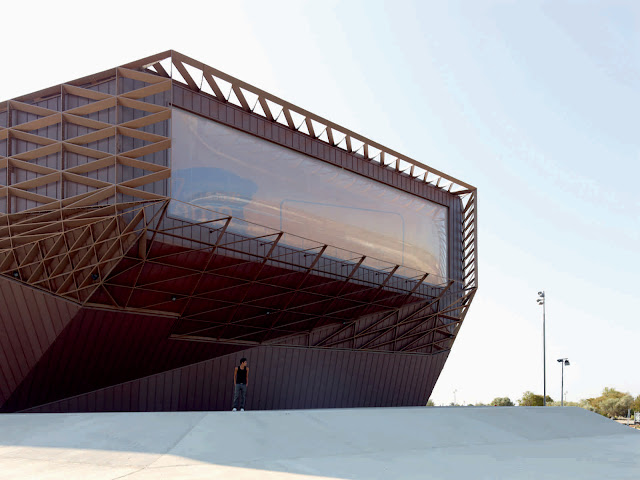 Tetrarc has devised a tonic form which springs out from the ground and flows out towards the sky and the town as if some powerful internal forces are pushing at its walls and are threatening to shatter them. 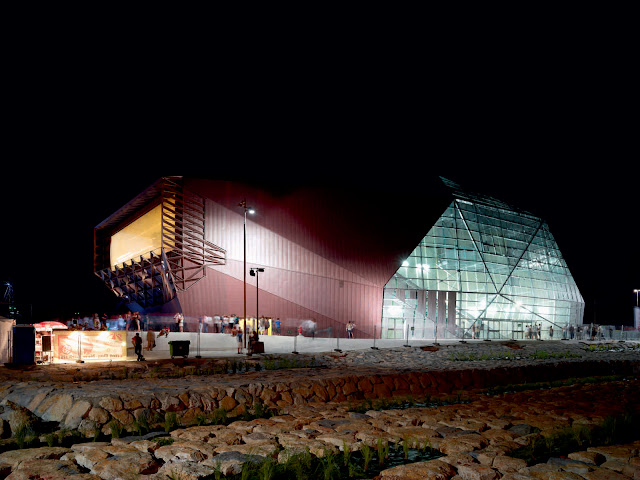 This zinc shell actually stretches, frays, even tears apart in some parts in order to display– like a supernatural eye – the giant screen which announces performances and artists. 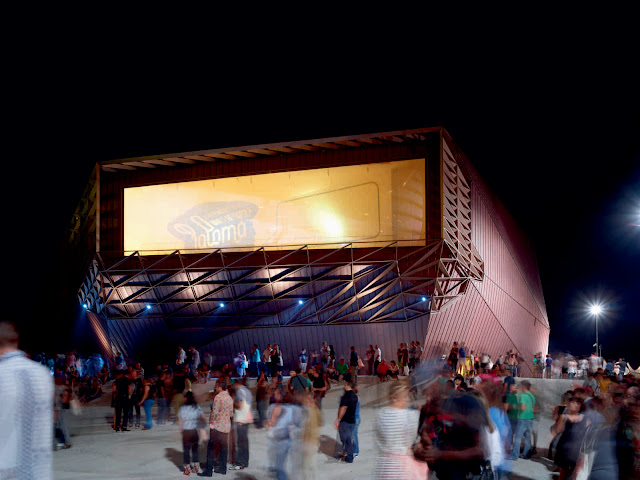 Inside, Tetrarc chose to work with yellow and purple, embedding it into the foyer, stairs, patio and the entrance of the halls, red in the foyers at the entrance to the two halls. 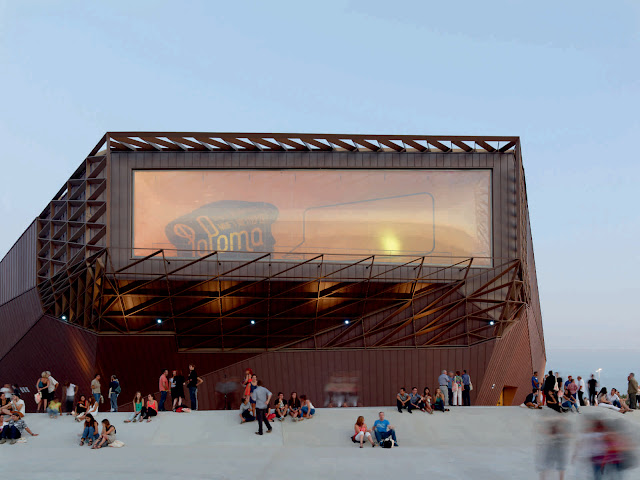 These are colours that, for the architects, evoke the art of bullfighting, which was an inspiration since Tetrarc views “the concert as a confrontation between artists and the public”. 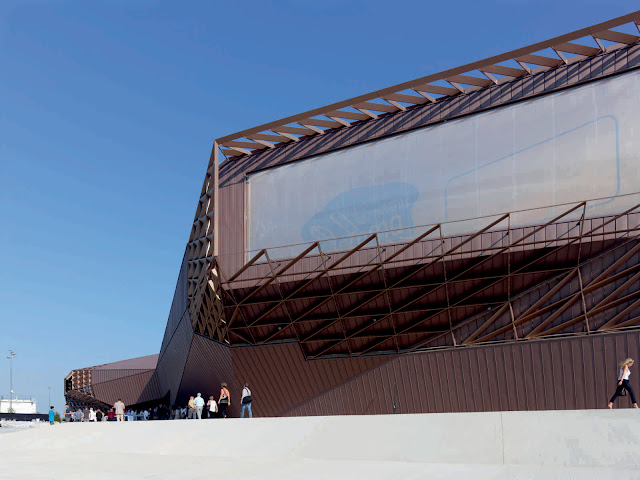 The geometry of the bullfighter’s movements are represented by the congealed textures on the walls of the hall; images of a crowd seated in an arena are projected onto the seats in the big hall. 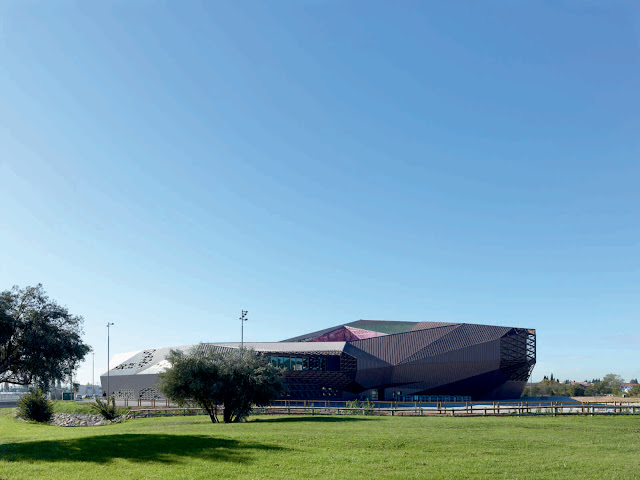 The walls of this hall display a giant sculpture whose material evokes the sleekness of the picadors’ hair, and whose form evokes a gigantic cog like the one grinding the men in Charlie Chaplin’s Modern Times. 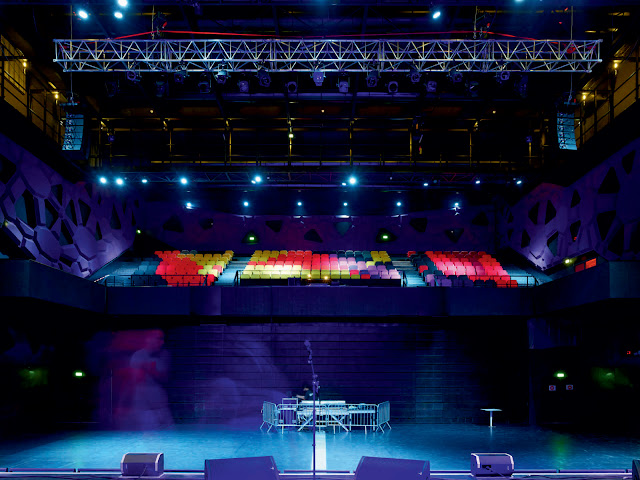 The architects sought to evoke and pay tribute to the visual arts, conceiving the foyer like a penetrable sculpture, the performer’s restaurant as a tribute to abstract geometric art, and the patio’s large repetitive stripes as a tribute to Nimes-based group Supports/Surfaces.