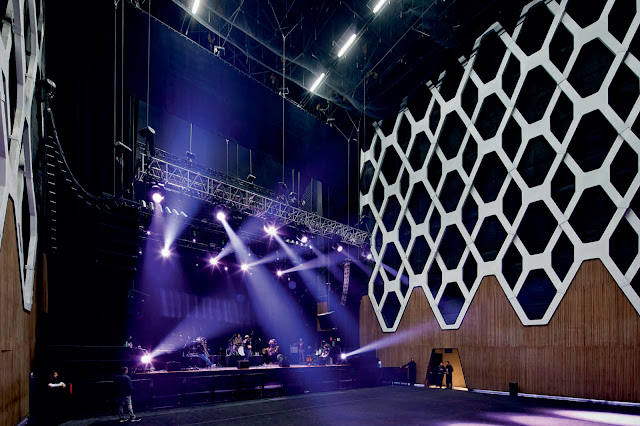 A space conceived to dignify the musical expressions. Taking its inspiration from the time period that gave rise to the building, the 50’s (the transition from modernism to post-modernism), it reclaims the value of functionality and applies it to the present time. 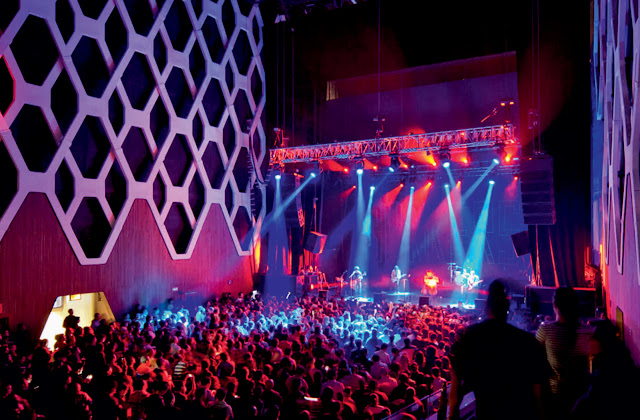 This project pays homage to music and the cultural expressions which surround it. The building’s new purpose and its architecture project its own comprehensive language. 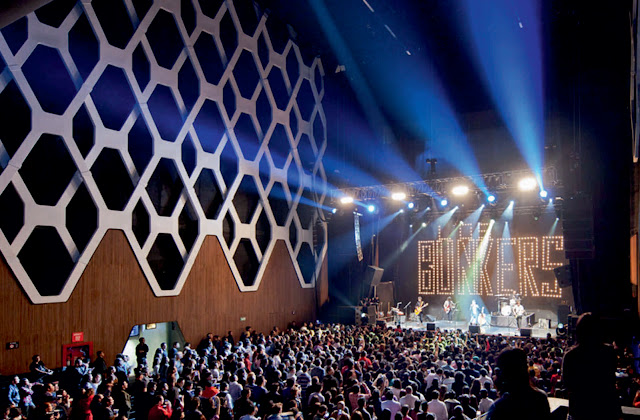 The existing structure is a multipurpose event hall with 6 levels, a mezzanine and basement. Presently the ground floor has a lobby area, bar, coat room, kitchen, storage rooms, restrooms, and a stage with its backstage dressing rooms and bathrooms. 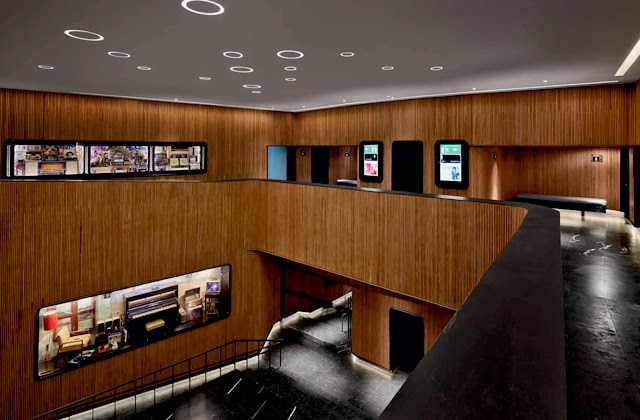 The other levels house offices, more storage rooms and restrooms, and multiple halls. Our participation begins at the building’s outdoor lobby access, by creating three different levels on the façade– from ticket sales, reception to elevators, and souvenir shop – directly into two corridors which lead to the building’s entrance. 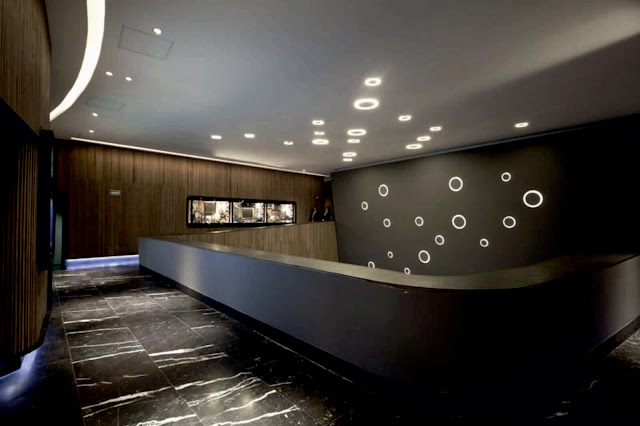 The finishes chosen are what dress the entire project, setting a rhythm on the walls with wood wainscoting, which starts on the exterior and travels all the way through the events forum. 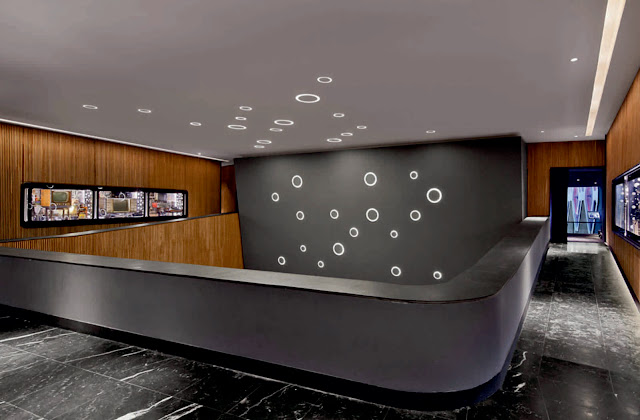 Beyond the main doors is the Lobby, the building’s vestibule with a niche on either side displaying art objects, one of these niches doubles as the coat-check counter. 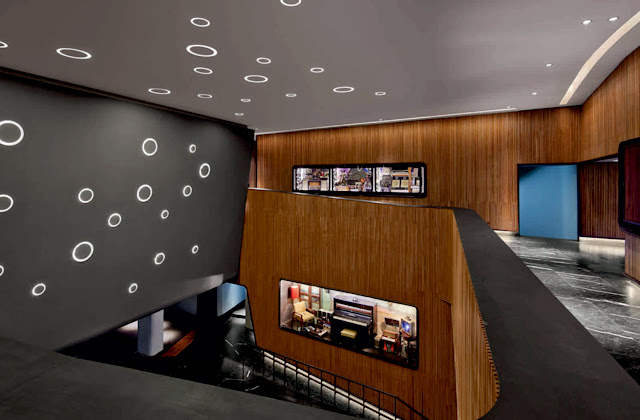 The wainscoting is interrupted by the creation of two thresholds which conduct to the diverse vertical passageways already in place inside the building. The interior Access lobby has a two story ceiling which was conserved and incorporated with panels. 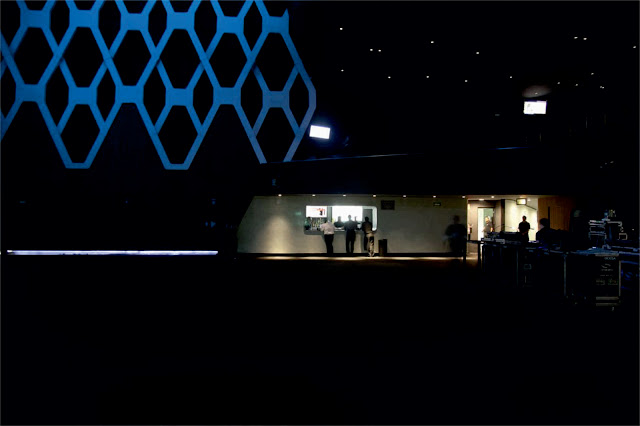 Such panels reduce the height in the first access, thus creating a waiting area with two snack and beverage counters covered in Venetian mosaic tile, this transition in form and materials makes them easily identifiable.