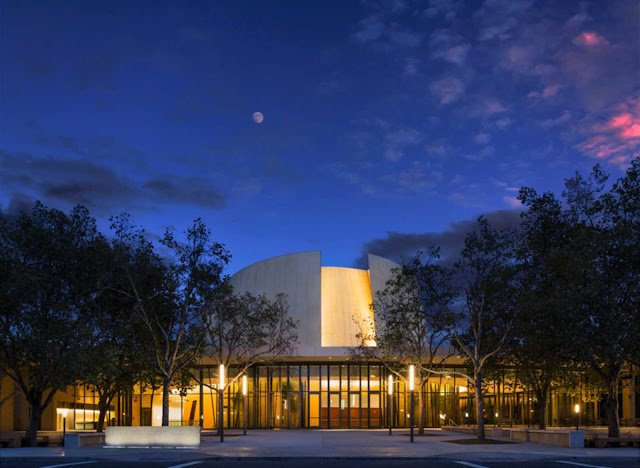 The Bing Concert Hall exemplifies the seamless integration of architecture, acoustics and technology with the goal of transforming the practice, study and experience of the performing arts at Stanford. 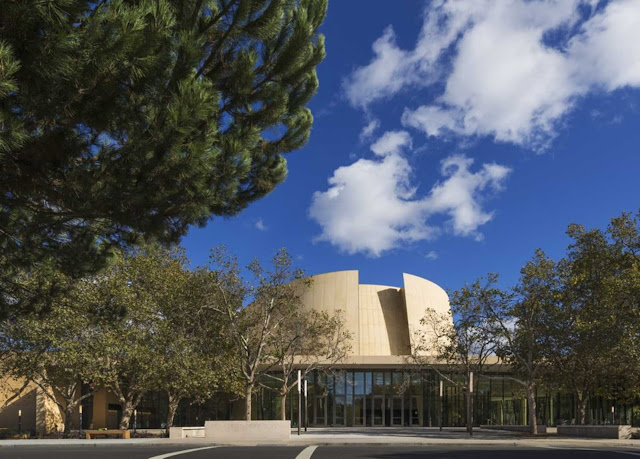 The program – the central element of which is an 842-seat vineyard style concert hall – includes a studio/rehearsal hall, artists’ suites, a music library, instrument storage rooms designed to double as practice rooms, an artists’ lounge and generous public amenities. The concert hall meets the highest acoustical standards: its primary function is to accommodate unamplified musical performances. 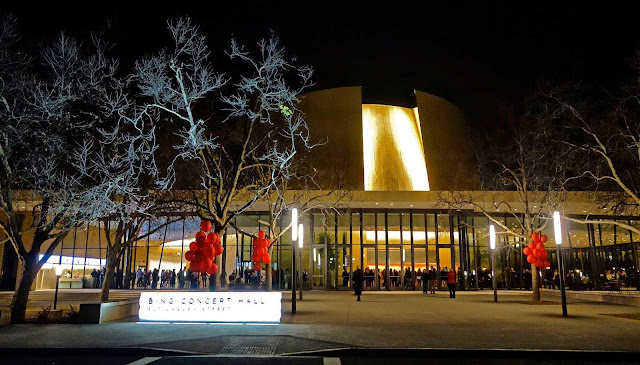 The site design reinforces the balance between the arcadian quality of the Stanford Arboretum and the ordered axiality of the campus grid. The western edge of the site is bounded by Lasuen Street, and the building defines the eastern terminus to Museum Way, corresponding to the Cantor Arts Center across Palm Drive in the west. 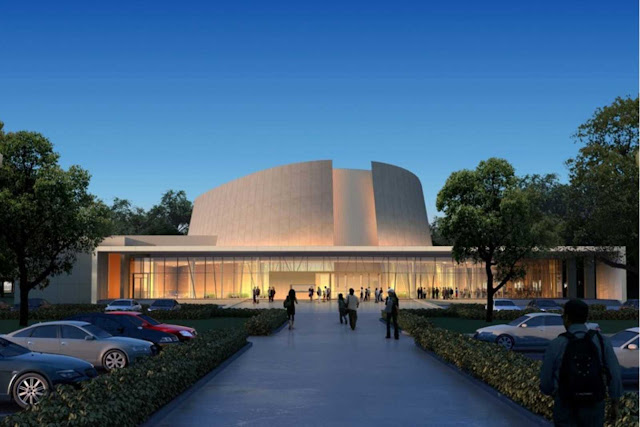 Architecture and landscape create an integrated series of gathering spaces to the north, west and south, fully engaging the setting. The building is porous on these sides, maximizing its connection to the outdoors and to campus circulation. On the south, a terrace is designed to accommodate event functions. 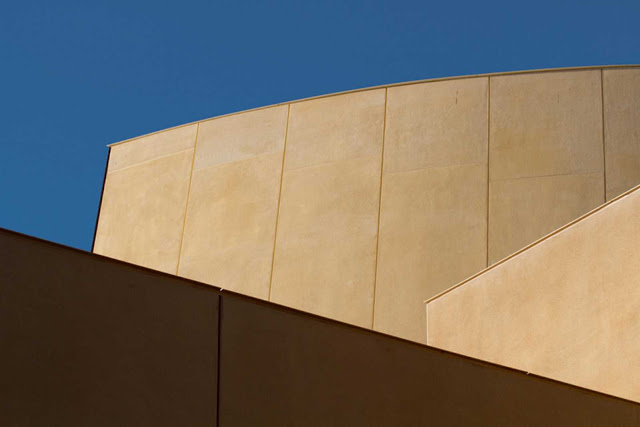 The heart of the building is the concert hall, which occupies an oval drum that is encircled by an irregularly-shaped lobby. In the west, a spacious forecourt plaza invites patrons to the entry portico and into the lobby. A transitional space between the lush planted surroundings and the inward-focused concert hall, the lobby provides both physical and visual porosity to the exterior. 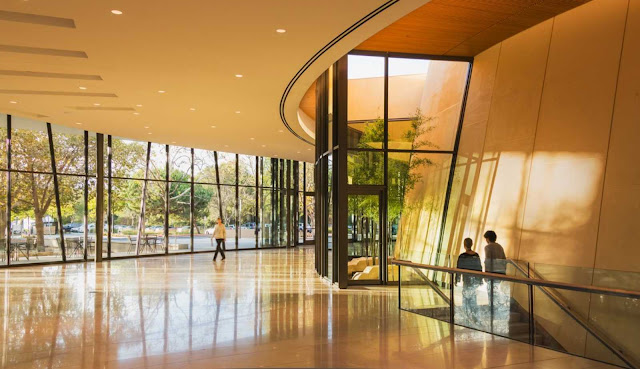 Day light fills the lobby from all sides, and light wells strategically placed around the drum and the 19-foot-high glass and aluminum curtain wall blur the distinction between inside and out. Full-height sliding sections of the curtain wall open the facade to exterior colonnades, which are a contemporary expression of a traditional Stanford typology.

Nestled within a 12-inch-thick concrete enclosure, the Hall is acoustically isolated from exterior sounds. The oval-shaped room is designed for optimal acoustics from every seat in the house, with the furthest seat only seventy-five feet from the conductor. The vineyard style configuration, whose terraced seating sections ring the stage, creates an intimate concert experience, a warm and rich environment for audience and performers. 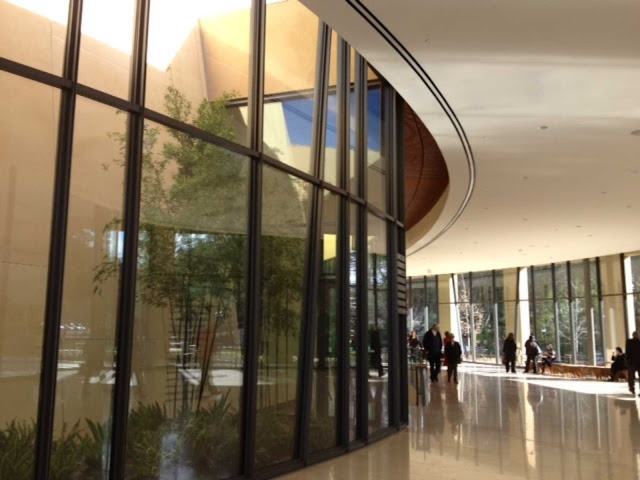 Contrasting with the material quality of the patron and performer level of the hall are the sail walls and ceiling cloud, whose lighter tones imbue the upper region of the hall with an uplifting quality. The sails not only serve the acoustics and provide architectural expression but have been designed as screens for video projection. Forty-eight feet above the stage floats a double-curved ceiling reflector, which houses and carefully disguises most of the technical lighting, rigging and sound support equipment. 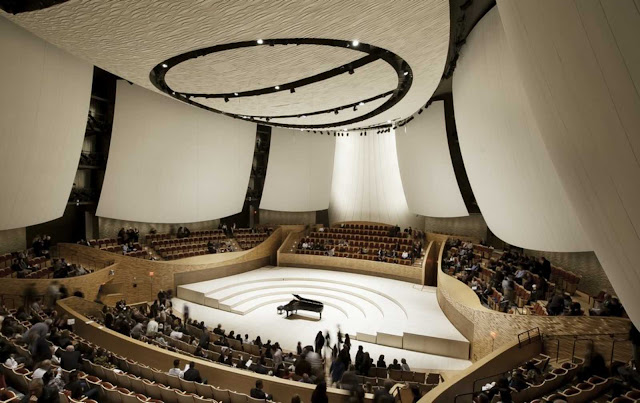 Between the sails, variable acoustic curtains allow for tuning the room to better accommodate performances that include amplified sound. The studio/rehearsal hall and general support program for the building are located on the north side of the concert hall. Acoustically isolated from the concert hall to allow simultaneous use. 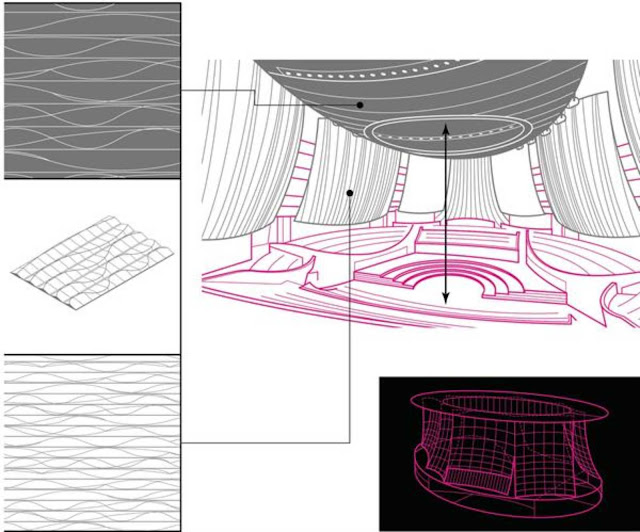 Bing Concert Hall is a major milestone of the Stanford Arts Initiative, a university-wide effort to place the arts at the heart of a Stanford education. The Hall will allow Stanford students from all disciplines to experience the performing arts at an unparalleled level and to bring a new level of professionalism to their own performance practice.