Surrounded by lagoons and saltpans, Ovar in Portugal is conveniently located between the northern cities of Oporto and Aveiro. 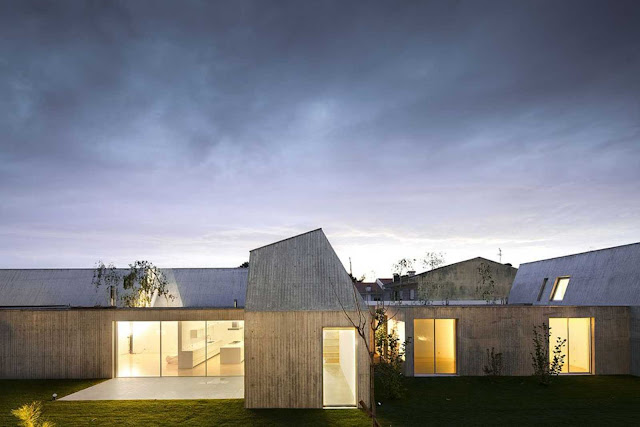 The house at Ovar is an exercise where we stretched to the limit a number of ideas and concepts for a long time already contained in other projects, which had never been put in place. 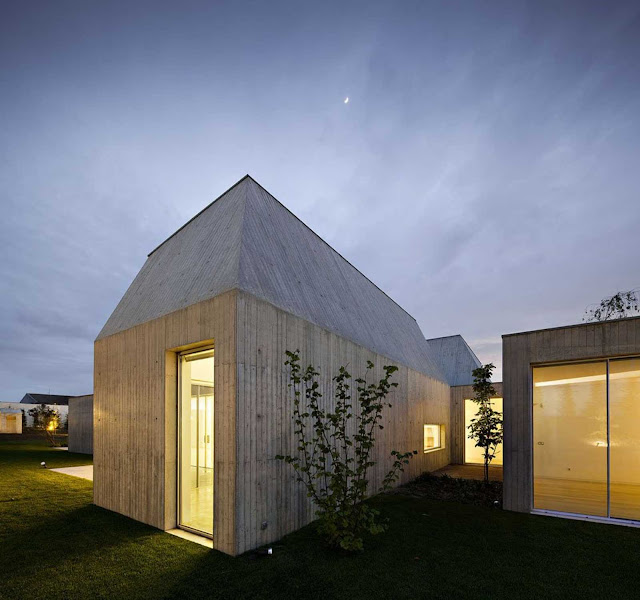 It is also – and above all – a project, which allows for thinking with other people about their own way of inhabiting a dwelling. 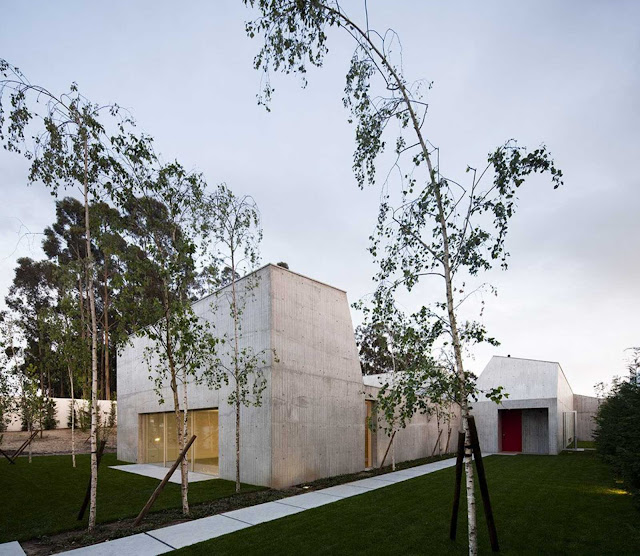 The large-scale project, covering 680m2, to be located on not very stable sandy soil  allowed us to ponder the house as an object which develops in a continuum.

The need to design the main programme of the house as a ground floor meant that the difference between spaces was implemented by means of variable heights in geometric forms: in respect of their importance and meaning, the most expressive areas such as the swimming pool and the painter’s studio or the body of the entrance from the street acquire more expressive and more elevated forms. 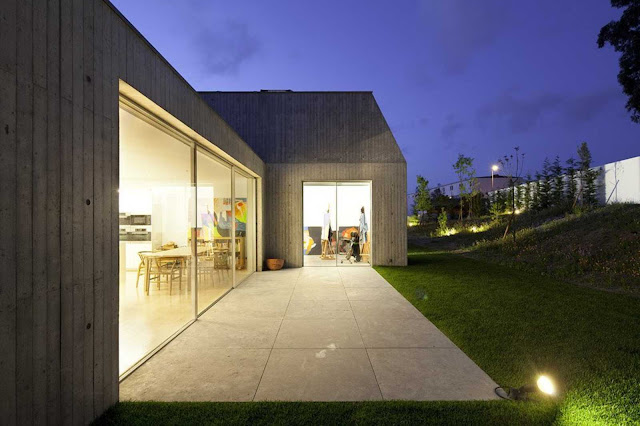 The idea for the object in concrete, a traditionally sculptable material, appears implicit in this concept, designing the elevations with level and sloping surfaces up to the coverage. 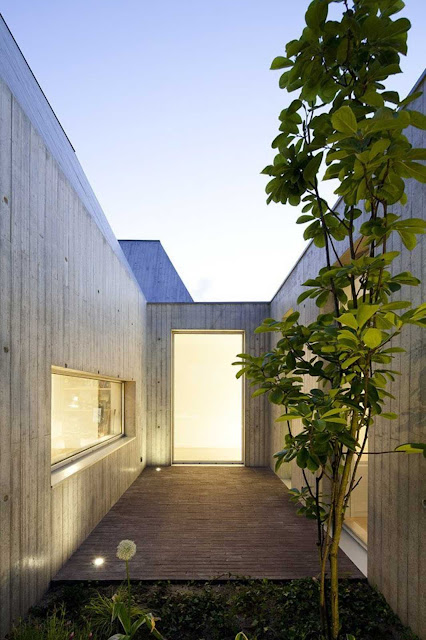 The length of the corridor is used to distribute the desired functions and large areas, further creating clipping plan, which allow for a relation with landscape, with the various wooded areas to be constructed suggesting outdoor leisure.