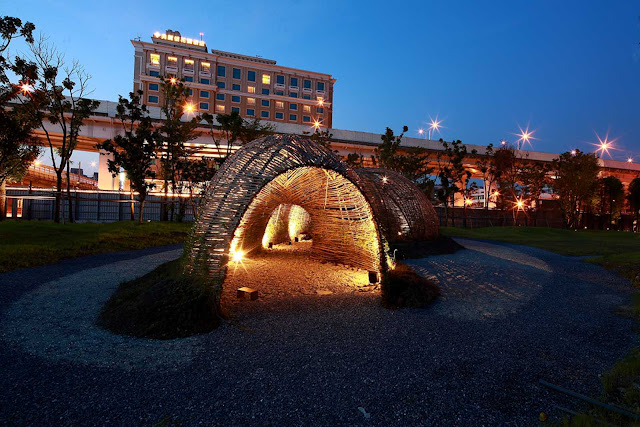 Cicada is an organic void in the mechanical texture of modern Taipei, a cocoon for post-industrial metamorphosis for industrial insects. 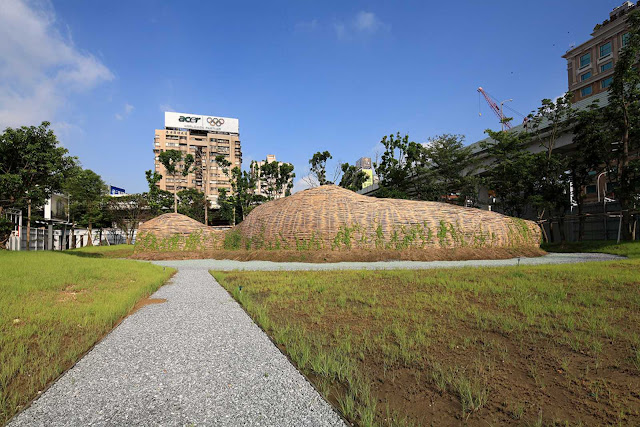 The architecture is based on the Local Knowledge of human scale flexible bamboo structures containing a high level of improvisation and insect mind — Open Form. 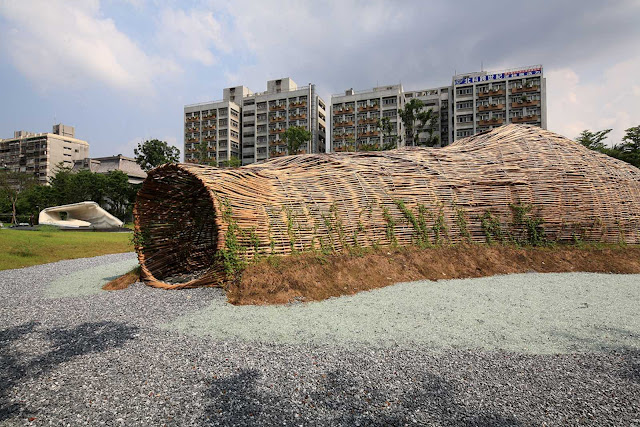 The Cicada is situated on a site in central Taipei waiting for development. Meanwhile it acts as a public sphere for the surrounding neighbourhood and as lounge for university workshops and other spontaneous activities — public space. As one enters the Cicada, the surrounding city disappears. The cocoon is an interior space but totally outside-it is breathing, vibrating, soft and safe. 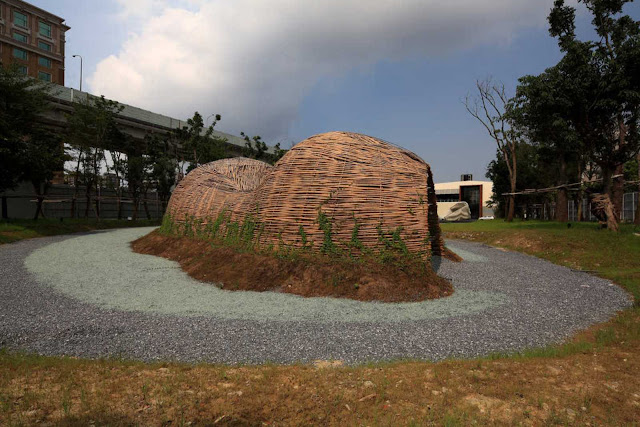 The space will swallow the modern man and will offer him a possibility to travel a thousand years back in order to realize, that the things are the same. Cicada is insect architecture and the space is a public sphere. 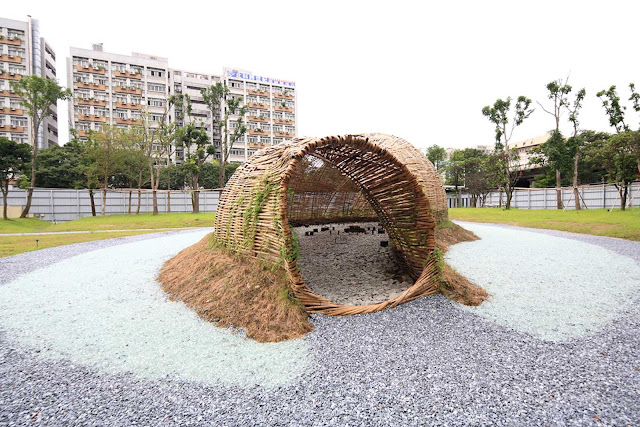 Cicada is urban acupuncture for Taipei city penetrating the hard surfaces of industrial laziness in order to reach the original ground and get in touch with the collective Chi, the local knowledge that binds the people of Taipei basin with nature. 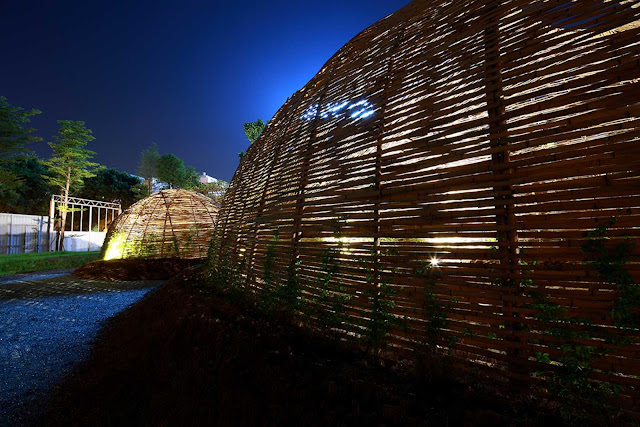 The cocoon of Cicada is an accidental mediator between the modern man and reality. There is no other reality that nature. The simple bamboo structure reaches a 12 meter span with 8 meter height and is 34 meters long in total. The construction method is local knowledge from South China and Taiwan. 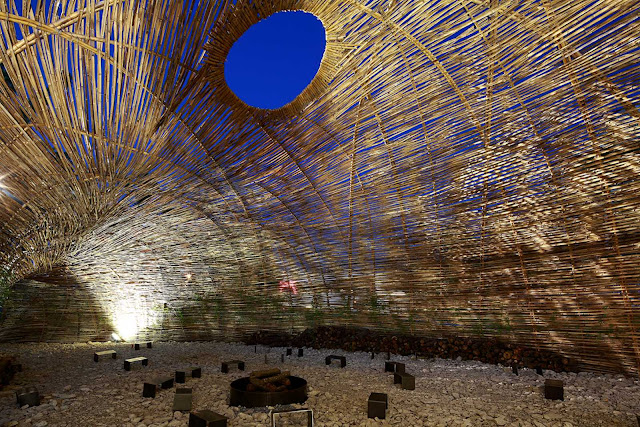 By time the structure will be covered with vines, which seem to explode from the ground. Cicada is breaking the industrial surface of modern Taipei and is reaching the original ground, from which the wines are growing. 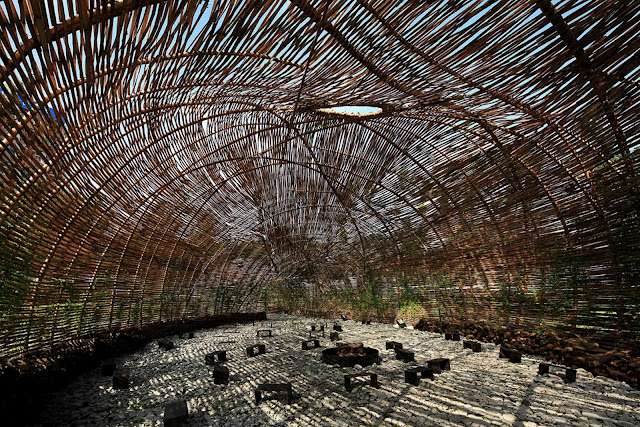 These creepers may eventually even stop the urban machine. Cicada is a refuge from the hectic rhythm of the surrounding city and the space is used for concerts, poetry reading, small raves, workshops and university symposiums. 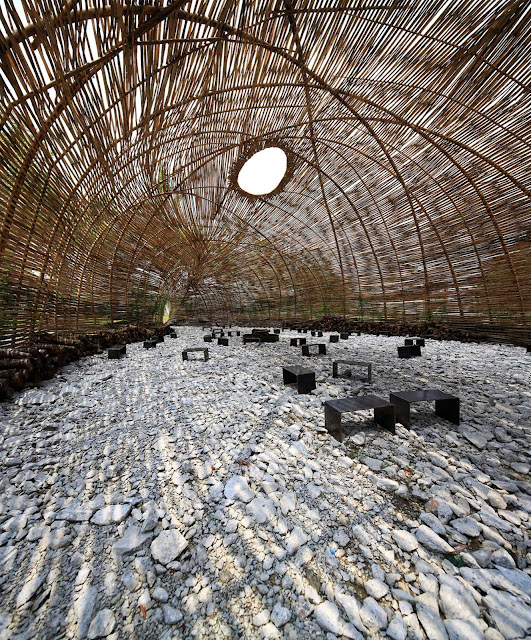 The program is relaxed and often spontaneous. Cicada is a public sphere for Taipei citizens to hang around. There is a public fire-place, cave-man style. 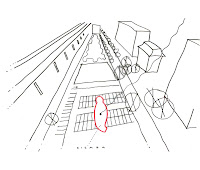 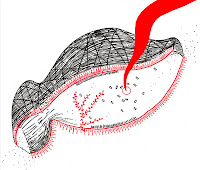