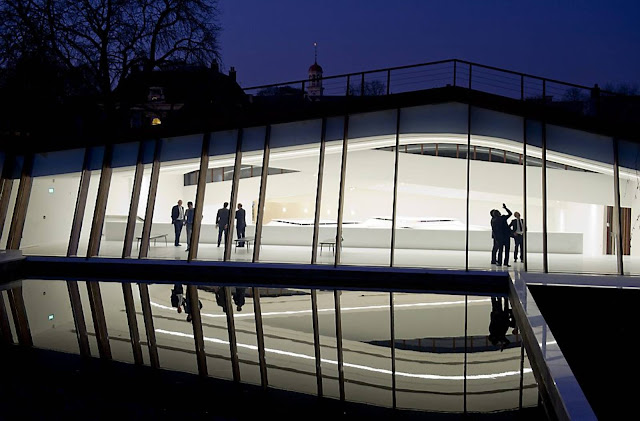 Founded by the King’s Commissioner of Drenthe in 1854 as a museum of antiquities the civic building was in dire need of a sensitive expansion project and van Egeraat’s creative vision with an underlying organisational concept was unanimously voted the winner by a jury and the client (the province of Drenthe). 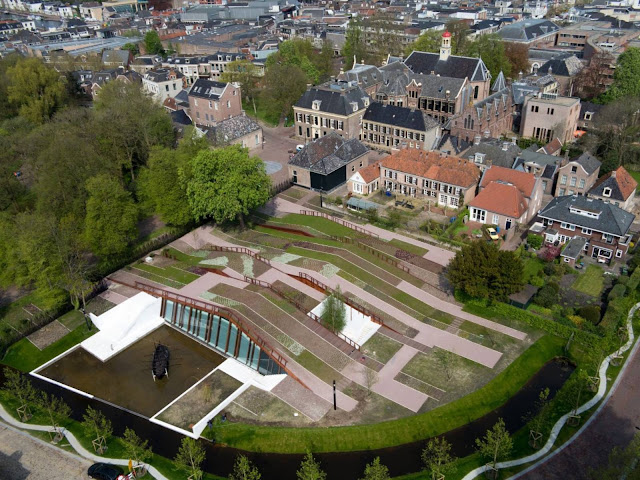 The most important aspect of Erick van Egeraat’s design for the new entrance and extension of the Drents Museum in Assen, the Netherlands, is the consistent integration of the museum into the fabric of the city. 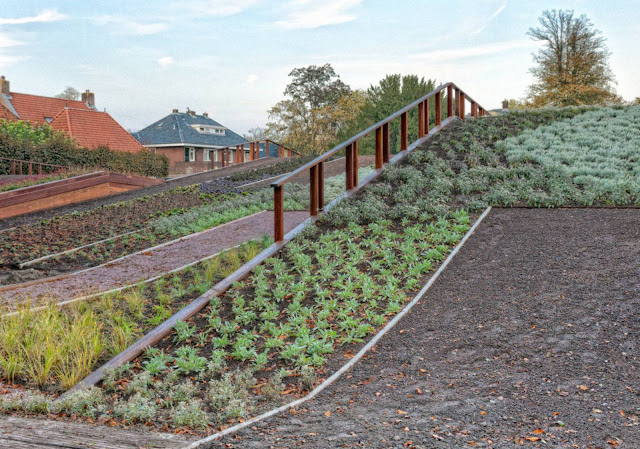 A balanced play of building, landscape and water creates a new identity for the extended museum, emphasising both the scenic character and the cultural-historic face of the city centre of Assen. 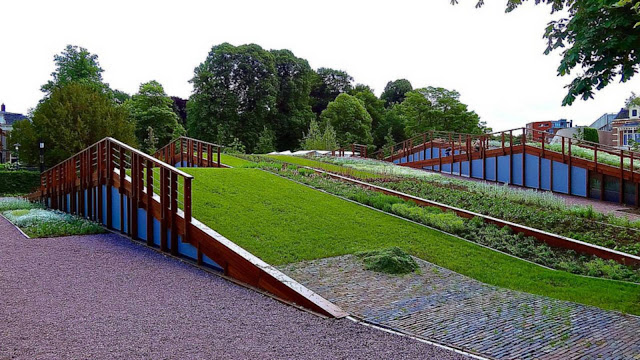 The new exhibition wing covers 2400 m2, all underground. organic green roof extends over the extension complex and seamlessly merges the building with existing parks and gardens, not only expanding the exhibition space within the Museum but furthering the open areas available to the local community. 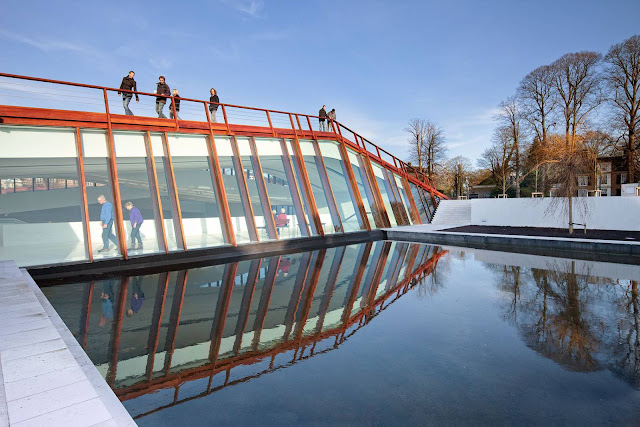 Both internally and externally the new volume simplifies wayfinding throughout the Museum and links a new entranceway with the original space. The existing coach-house will serve as the Museum’s new main entrance. 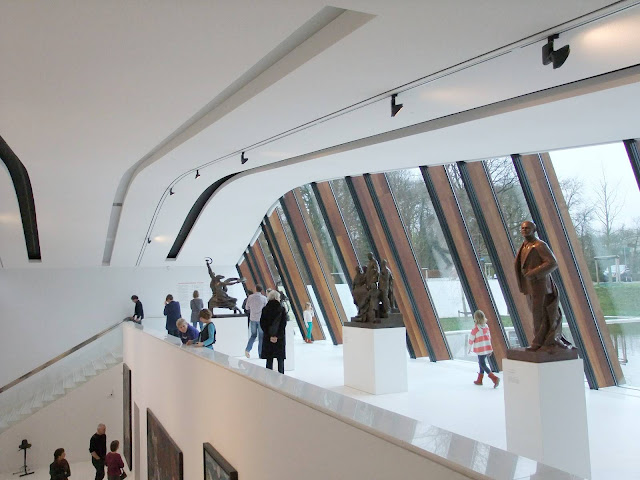 Openings in the roof allow daylight to enter the exhibition spaces below. The existing coach-house will serve as the museum’s new main entrance. 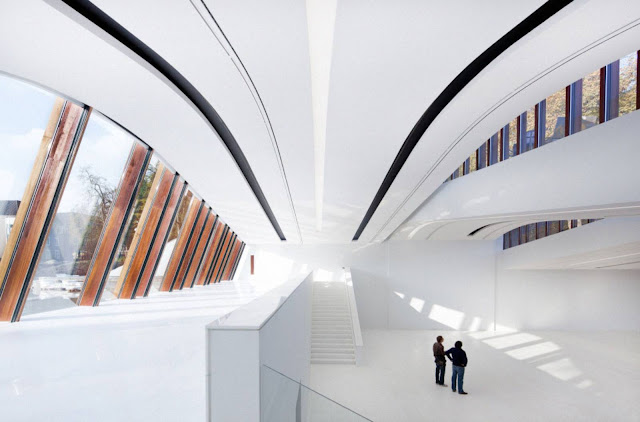 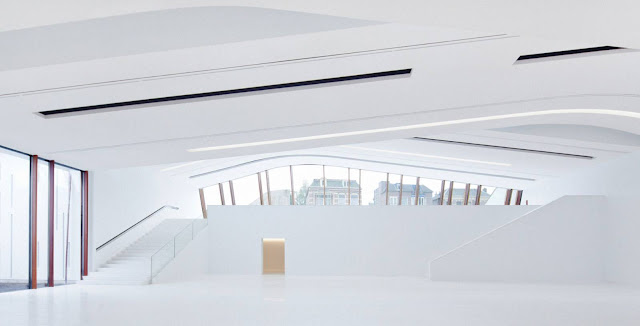 Similarly, slits within the green roof enable natural sunlight to flood the stark white exhibition areas within, illuminating the displays and reducing the energy demands of the institution. 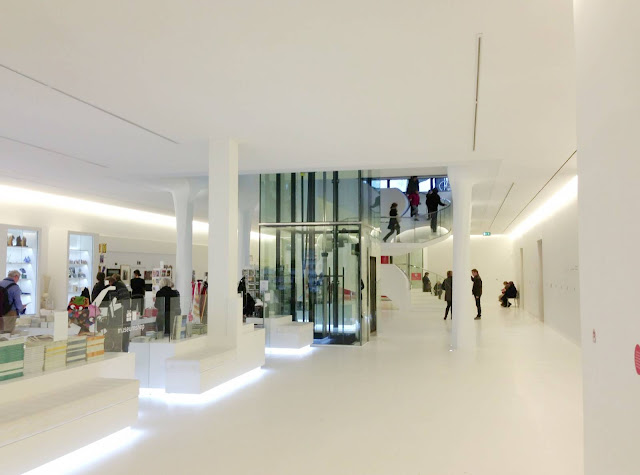 At night, artificial light eminates from the volume, bathing the surrounding parklands in a soft glow and ‘transforming the coach-house into a beacon for the city and its inhabitants’. 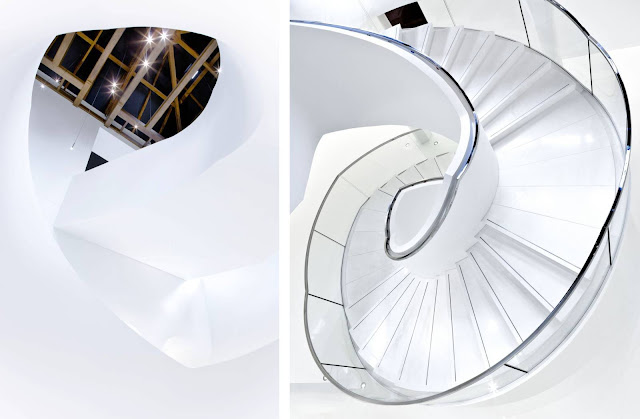 The design by Erick van Egeraat won an international competition in 2007, the project was completed in 2011. In October 2012 the interior of Drents Museum received an award for ‘best interior’ at the Dutch Design Awards.