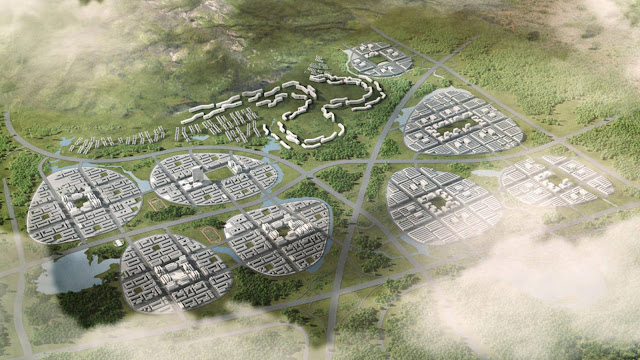 An ecologically designed city quarter for living and working is currently being developed in China’s Qingdao, on the coast of the Yellow Sea, to plans by architects von Gerkan, Marg and Partners (gmp). 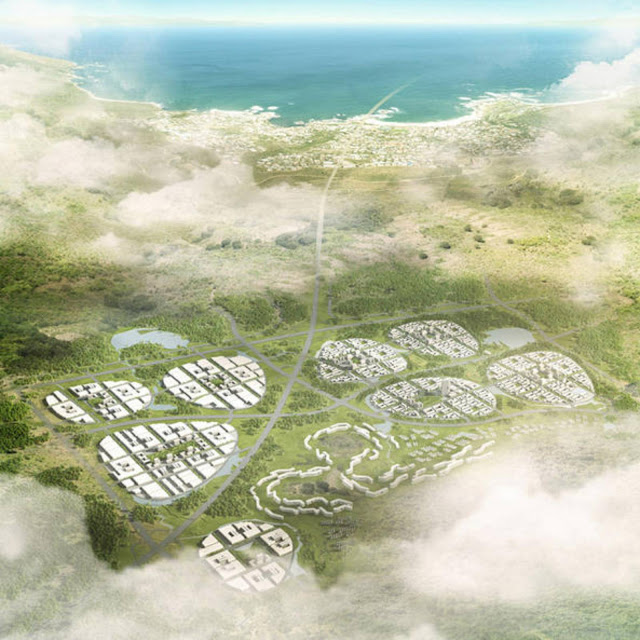 The foundation stone will be laid on 6 December 2011 by Ernst Burgbacher, Parliamentary State Secretary of the Federal Ministry of Economics and Wang Chao, the Chinese Vice-Minister of Economics. 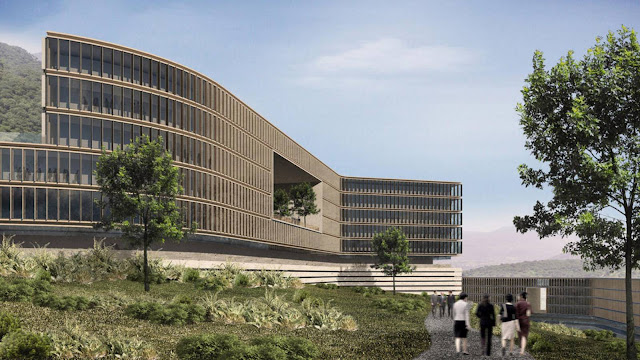 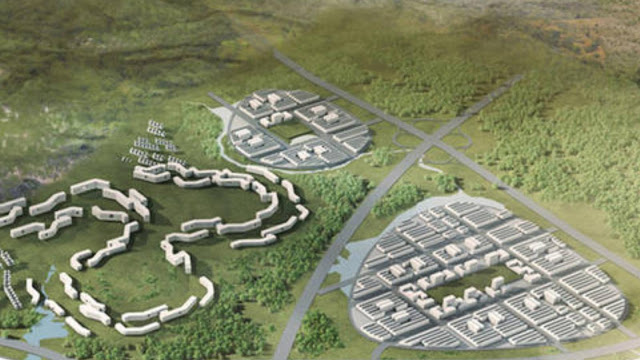 With support from the German Society for Sustainable Building (DGNB) and Transsolar Consultants, gmp developed a list of criteria and measures integrating the highest possible proportion of regenerative energy sources into the master plan: in addition to wind and water power, as well as geothermal energy, the Eco-Park focuses particularly on solar energy. 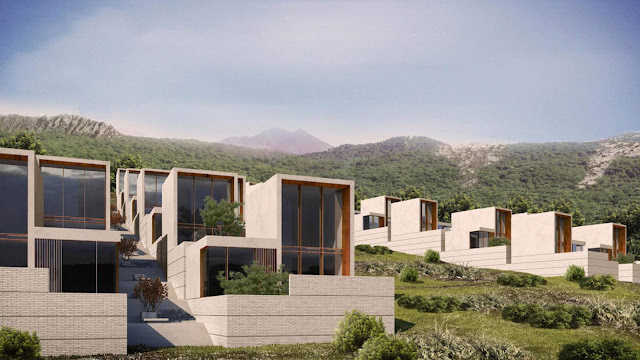 The conditions for this are very good in Qingdao as it has an above-average number of days of sunshine. With around ten square kilometres, the size of the new urban quarter is almost that of the Berlin Mitte district. The site extends from a mountain ridge in the south to the bay in the northeast. In their design, the architects mirror the landscape features of Qingdao – its rock formations and green plains. 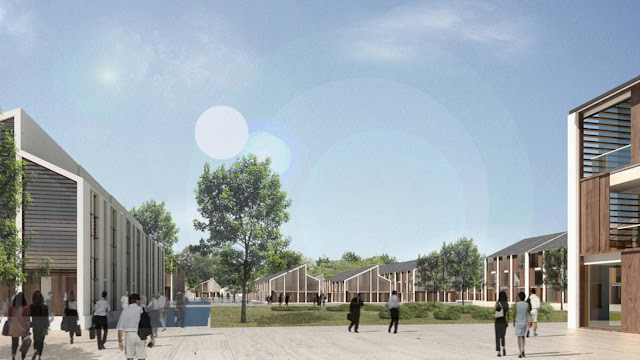 The new development features eight quarters which resemble individual rock formations and, with their soft contours, form flowing nature corridors. The short distances between the quarters, the mixed uses and the density and type of buildings, which are up to eight storeys high, support energy conservation in this urban development.
36.067082120.38264