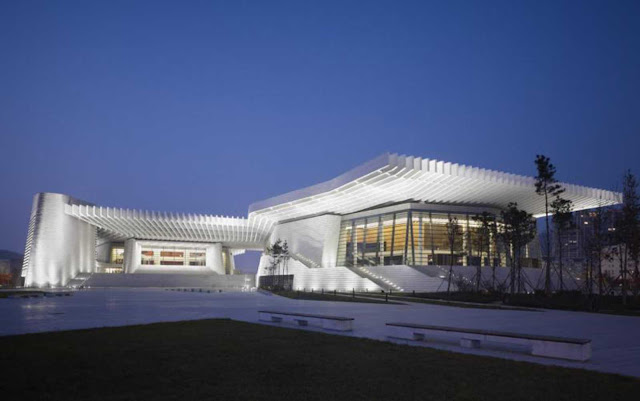 Qingdao Grand Theater is situated on the eastern side of the city between a bay in the Yellow Sea and Mount Laoshan (1,130 m above sea level). 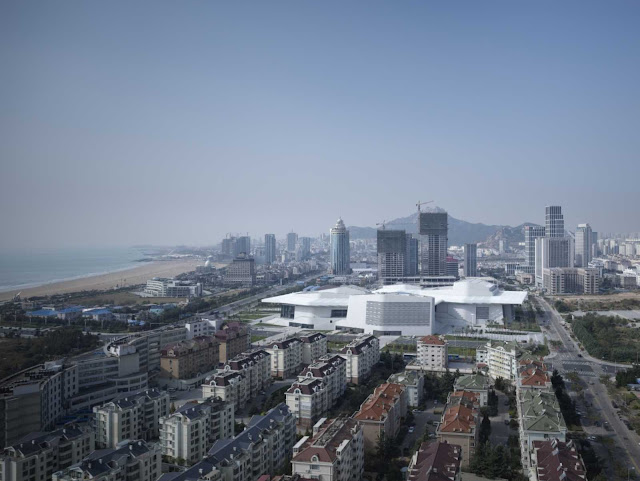 Because of the unique situation of the massif directly by the sea, the Laoshan ridge is often wreathed in cloud, which creates a unique setting. 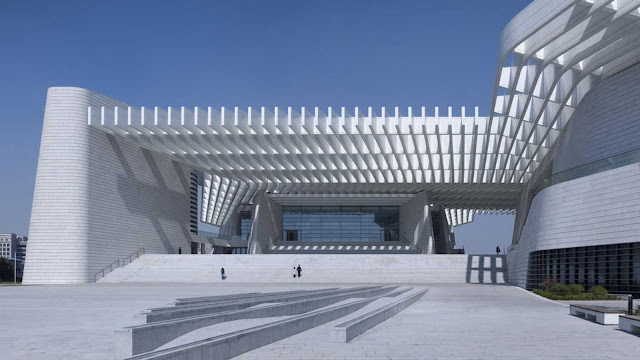 The style of the building echoes the enchanting landscape, with the massif and the lightness of the clouds reflected in the appearance of the opera house. 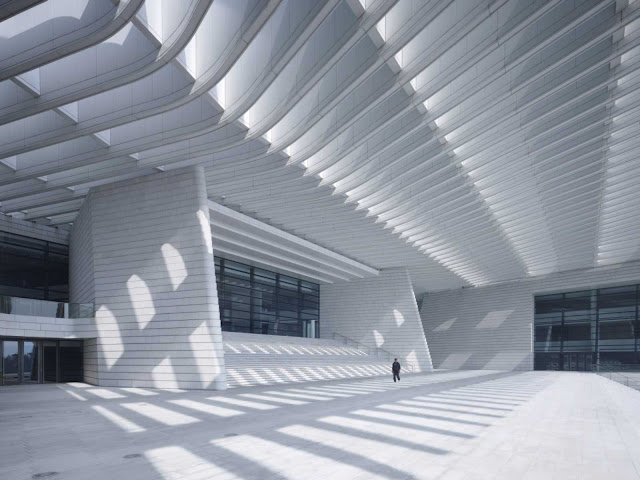 It rises from the landscape like a mountain – and a cloud-like roof seems to wreathe the four buildings. 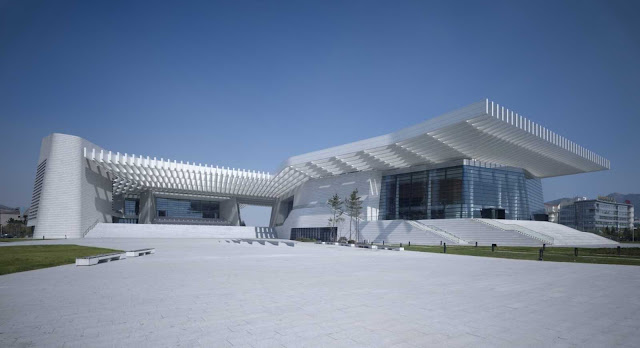 The raised terraces in the surrounding park are reminiscent of a mountain plateau, and take their bearings both from the sea and the mountains. 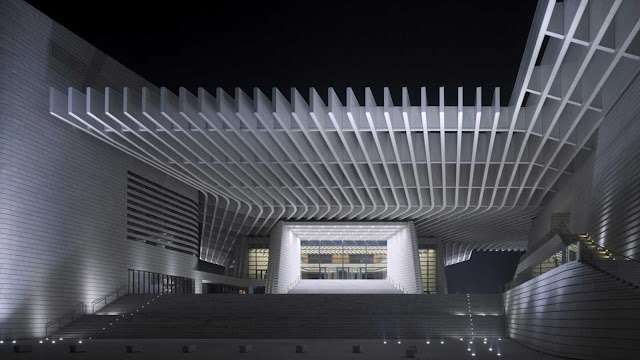 In addition to the opera house, Qingdao Grand Theater also hosts a concert and multifunctional hall, a media center, a hotel, and a conference center. 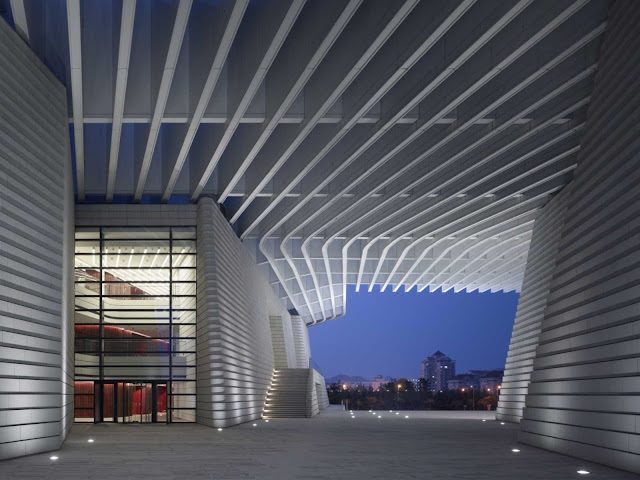 The opera house itself lies at the northern end of the ensemble of buildings, offering direct views of the coast. 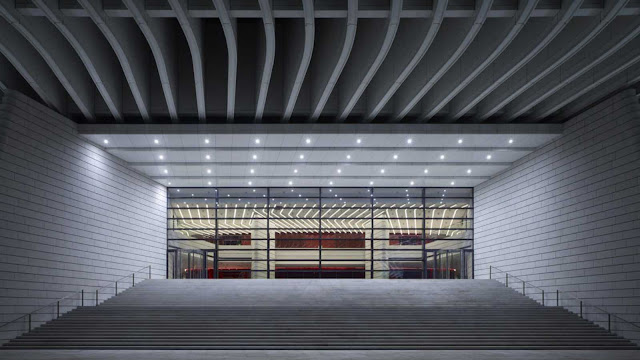 Audiences can enter the auditorium on two levels, either via the lower level, giving access to the large cloakrooms and the lower circle, or via the main foyer above with its large glass facades and view of the terrace, park and Yellow Sea. 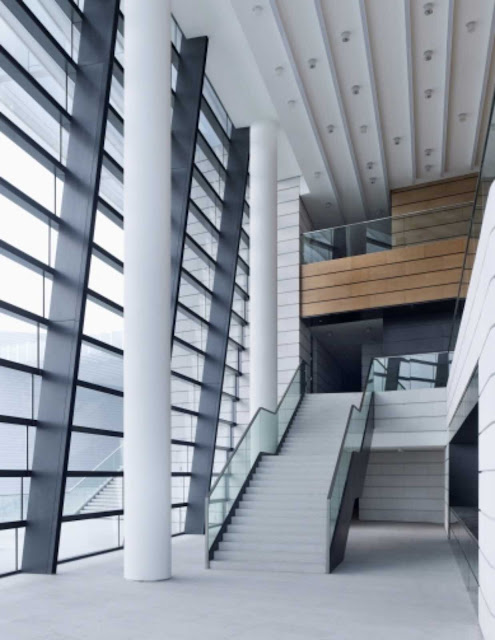 The walls and floor of the foyer are clad with local stone, which emphasizes the affinity of the building with the mountain. The stage and backstage areas are equipped to the highest international standards. 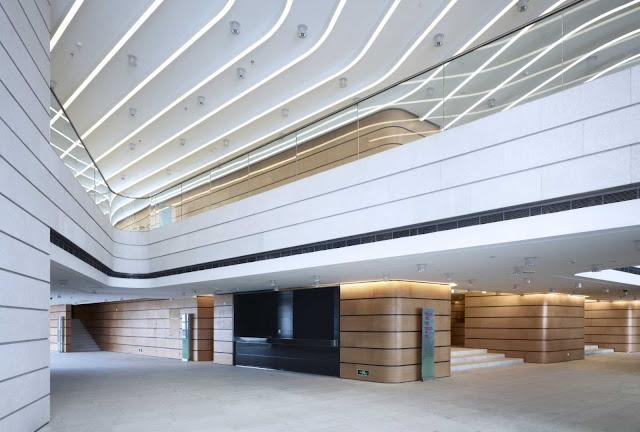 They are flexibly designed so that events of different nature and scale can be performed, whether operas, musicals, ballet or acrobatic performances. The upper circle and dress circle levels offer optimum sightlines for the whole audience. 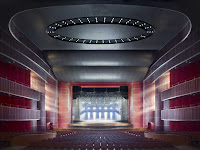 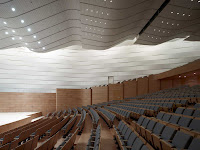