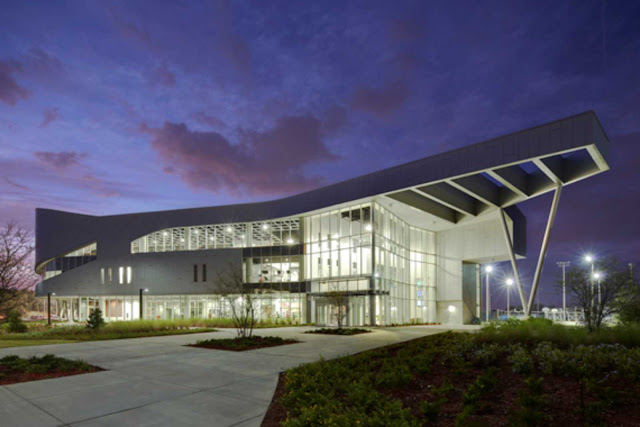 The University of North Florida has erected a new Student Recreation Center located at the northern end of the campus, where the Dottie Dorian Fitness Center is located.  This dynamic building serves multiple users, creating a bold one of-a-kind facility for the University in the northern district of Campus. 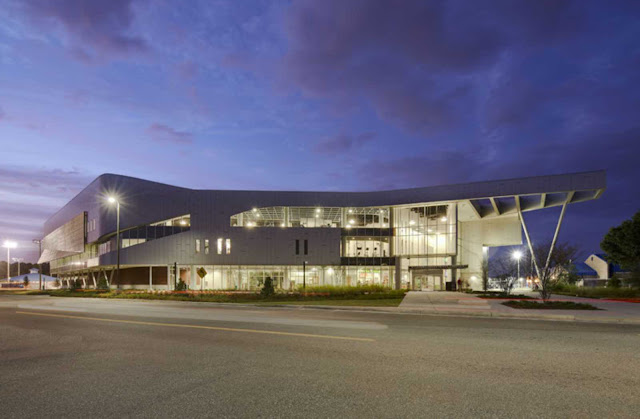 Positioned amongst the recreation and athletic facilities, this Student Recreation Center rejuvenates the northern area of the campus reflecting the university’s role as an active learning, recreation, and competitive center and creating an enlivened new environment that complements the new Student Union to the south.  The building extends along UNF Drive, with portions structure rising to three stories in the air, overlooking the Campus in all directions. 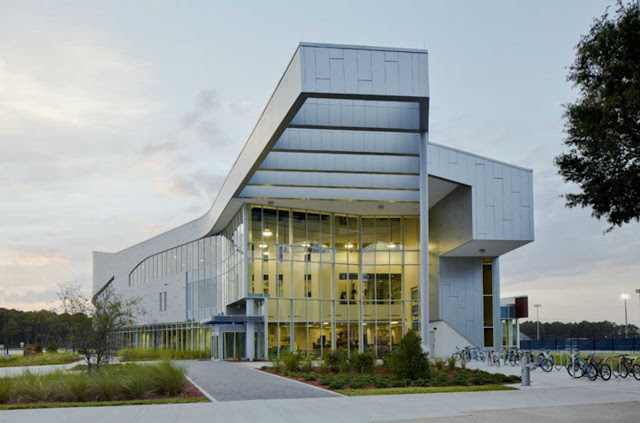 The total project is projected to be approximately 116,000 gross square feet.  Due to economic influencers, this project will be constructed in two phases, while maintaining a unified appearance throughout the duration.  During the various phases, the project will be linked directly to the Dottie Dorian Center until it is deemed necessary to remove and replace it with the more expansive fitness and academic areas during final phase.  This building engages the user. 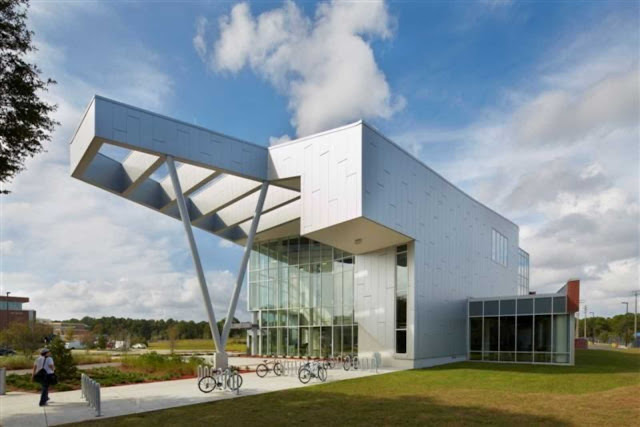 The architectural design intentionally incorporates, mixes, and blends program spaces to better serve its users.  Several administrative, learning, and instructional spaces were included within this new facility enhancing its connectivity to the rest of the recreation uses.  It also provides multiple large recreation and academic venues, supporting existing and new program offerings.  This facility provides a new home for the Recreation, Health Promotions, and Physical Education Departments, the design team had the opportunity to incorporate many functional improvements, departmental efficiencies, and beneficial spatial relationships. 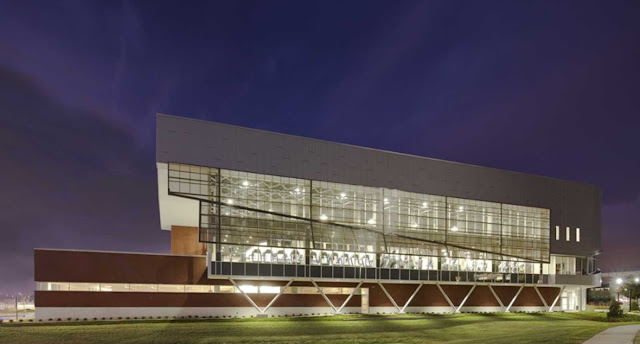 Due to great input and direction from the Committee, the design and program layouts of this facility will serve well all programs for many years to come.  Along with the Student Union, this student-centered building is poised to become the new hub of campus activity. Visual transparency and access is a hallmark of this building design. 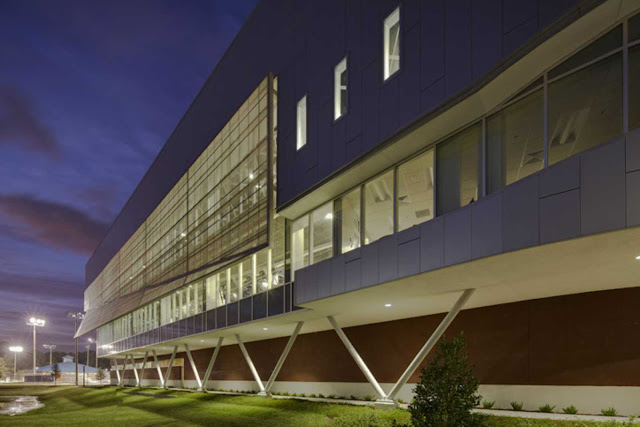 Throughout three stories of recreation and academic space the interior architecture will enhance the ability for users to visually experience program areas, while creating many highly social areas where they can see and be seen by others. In the main east lobby, users will be greeted by the Customer Service Desk, while having dramatic views into multiple activity spaces – students will be able to see the Climbing Wall, Juice Bar, Gymnasium Courts, Weight & Fitness Room, Group Exercise Rooms, and the Jogging Track. 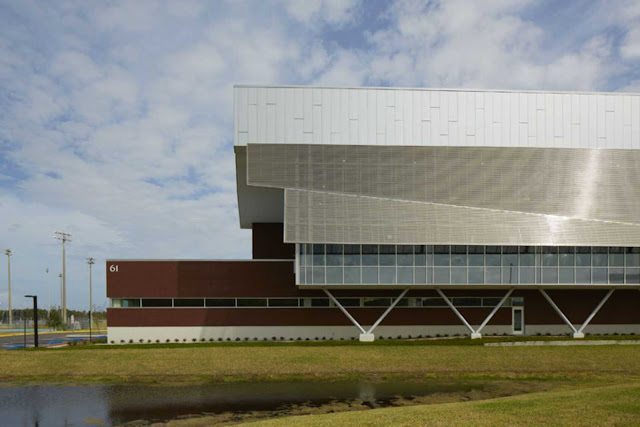 The east west free zone corridor parallels UNF Drive along with Weights and Fitness, and the Jogging Track. This climate controlled internal corridor provides access from the main lobby all the way to the various Administrative and Academic departments. More importantly, it provides a great interactive opportunity for building users and those who – at least initially – just want to see what is going on. he dynamic form and composition of the building’s exterior is an important element of this project. 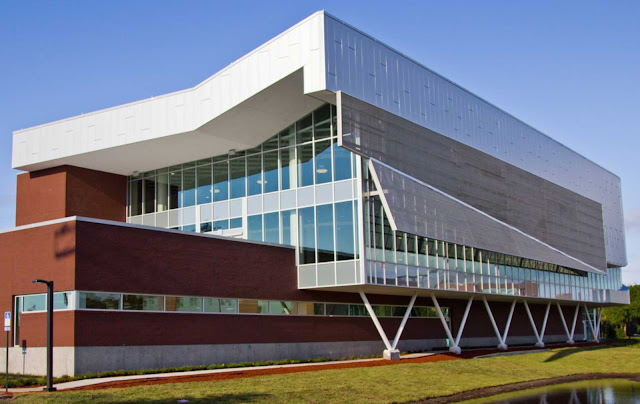 This design emulates many components of the new Student Union’s character, while interpreting the nature of the use into a newly formed composition for this facility. The general image along the street edges reflects that of the surrounding buildings.  These faces use extensive amounts of metal, glass, and brick accents placed in an effort to harmonize with the existing vocabulary of the campus. 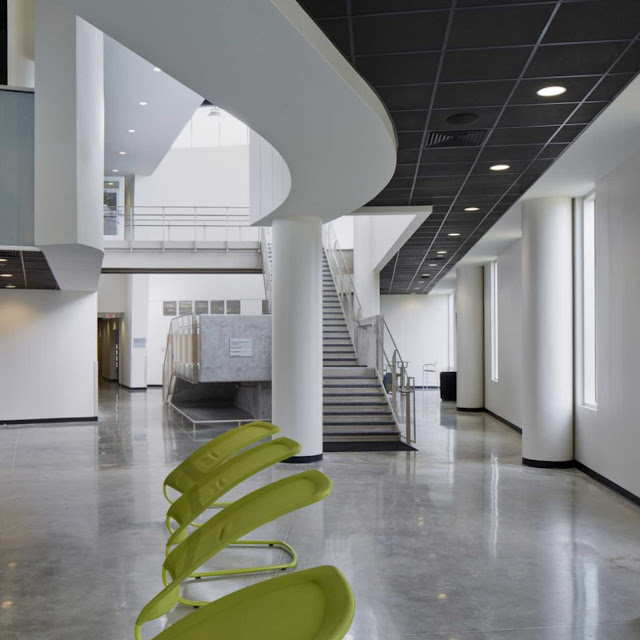 At the west corner, the building opens up to allow views into the fitness areas.  This aids in providing ample natural light into the exercise areas during the day and provides for a visual marker at night, emitting a warm glow from the inside and allowing the internal energy to flow outward to the campus. Moving along the UNF Drive elevation, the east end of the fitness bar punctuates with glass and a large trellis anchored by a steel truss on the exterior, being sympathetic with the Union and unifying the two facilities architecturally. 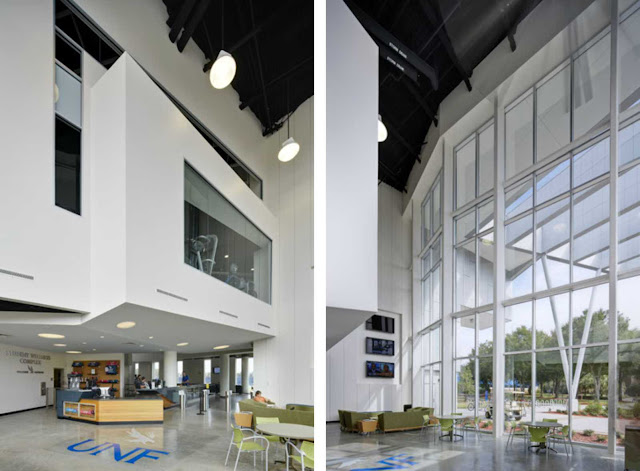 Located adjacent to the north-south pedestrian axis is the 3-court gymnasium. This placement is intended to complete the northern plaza’s western edge, giving opportunity to create a new center of social and recreation activity for the UNF campus.  Further architecture expression includes the use of overhangs, sun screens, and green roofs, all in an effort to connect to the site and to demonstrate the sustainability features being incorporated into the new Student Recreation Center. 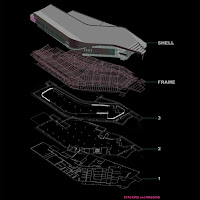 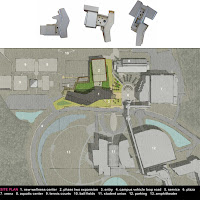