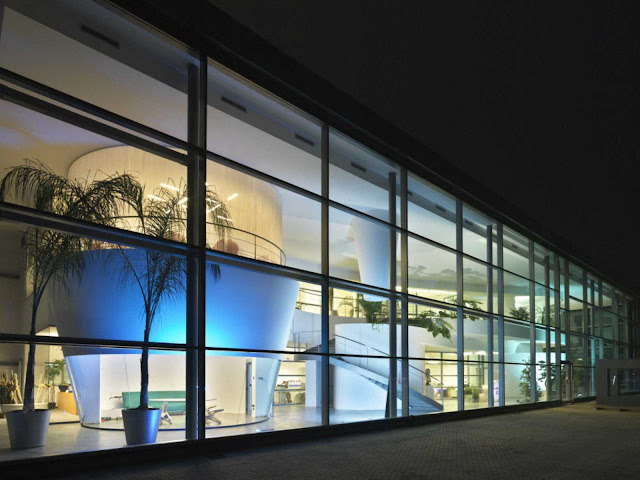 The offices you coin upside-down they constitute an appendix glass door that grafts him on the principal front of the shed of the new center of the DAMILANO GROUP. 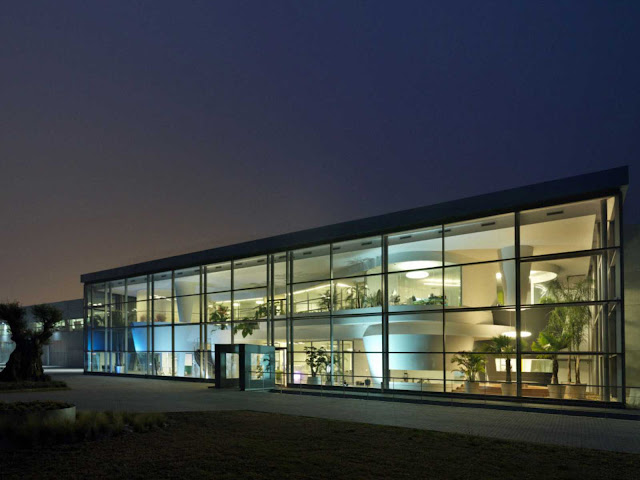 The volume breaks the rigid scheme of the industrial architecture projecting toward the outside the directional offices. Idea is that to create, inside a grey and peripheral industrial context, an oasis in which to work in a pleasant and relaxed atmosphere 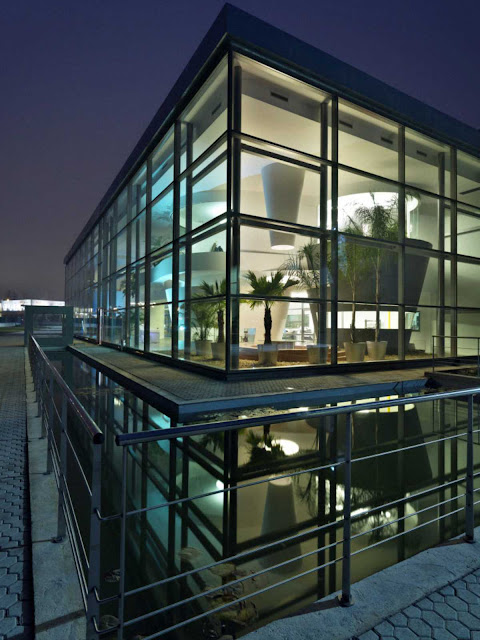 For this motive the line drives some project you has been that to maintain a constant relationship with the outside and its disposition to vary of lights and shades and the idea to create one “operational greenhouse”. The offices are absorbed in a luxuriant vegetation, integral part of the project, that winds and he/she invites in the places of job. 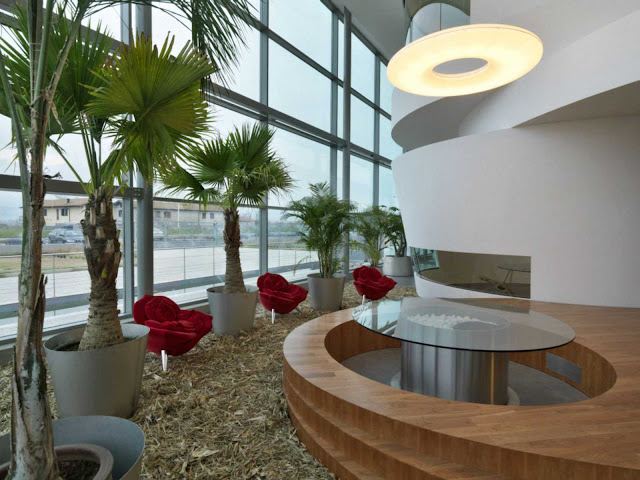 The essences are cultivated with hydroponic techniques and they create upward climbing flows and descending downward. Horizontally the space is dominated instead by flows that they create sinuous volumes 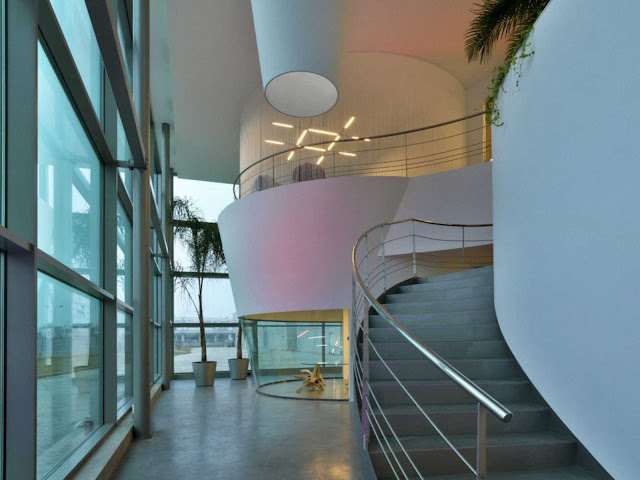 White ribbons run after him, they untie him and they fork creating salt reunions, platforms, lofts and offices. some rooms reunions are contained by upside-down cones, others from curtains, others still from green curtains. 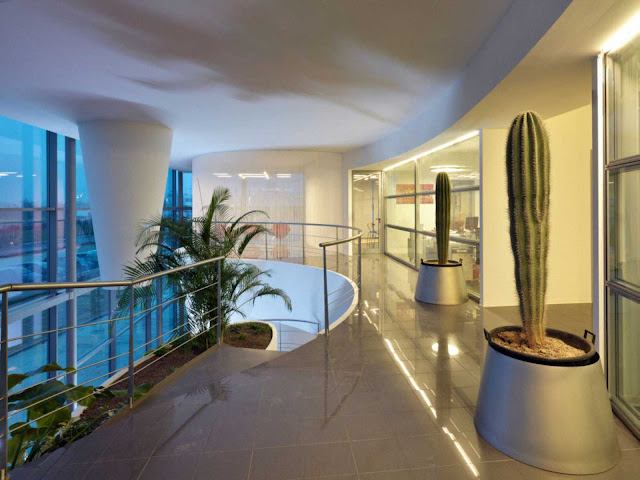 From every angling of they open multiform foreshortenings, cuts vetrati and spatial interpenetration and views. The sinuosity of the loft is taken back by the upside-down cones that, I suspended as stalactites, they channel downward the light. 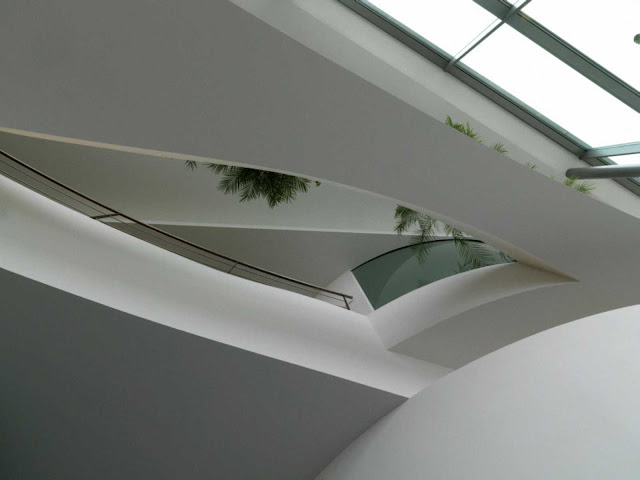 From the office of the executive, two elevators, are possible to reach a further oasis drawn on the roof of the offices as an extreme shelter through. The white flow is interrupted by the cone anthracite that concludes the whirling of the forms and it leans out on the area meeting. 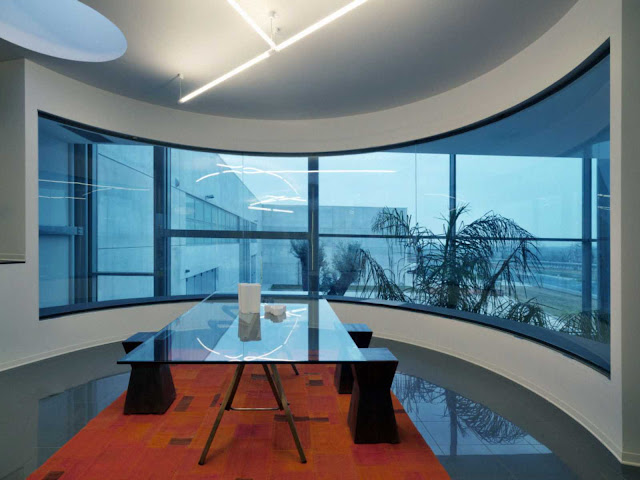 This last is absorbed in the green and constituted by a platform in wood inside which him trove the center of the project: the man and the comfort, the Ing and Yang. The precariousness of this state of equilibrium is underlined by the lightness and instability of a floor of leaves. 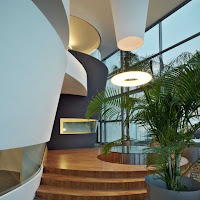 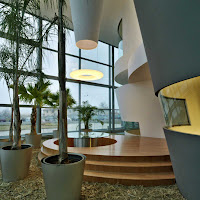 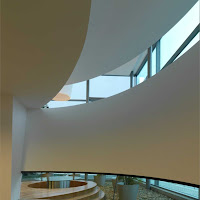 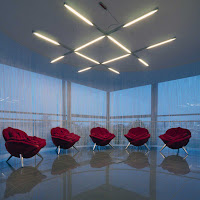 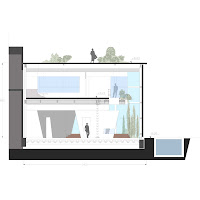 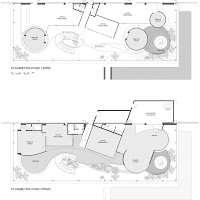