Teulada-Moraira is an unusual urban center. Though it is divided into two separate physical units, they belong to a single administrative entity. Located in Alicante, in a valley that descends from the mountains into the sea, the city takes full advantage of the two realities, earth and sea, which define its environment and perform as visual references for one another. As part of a new urban development, the Municipal Auditorium goes up in the first nucleus, Teulada, which is located in the higher area of the city. From this point, and over the valley sprinkled with small white buildings, one can see the town of Moraira by the sea. 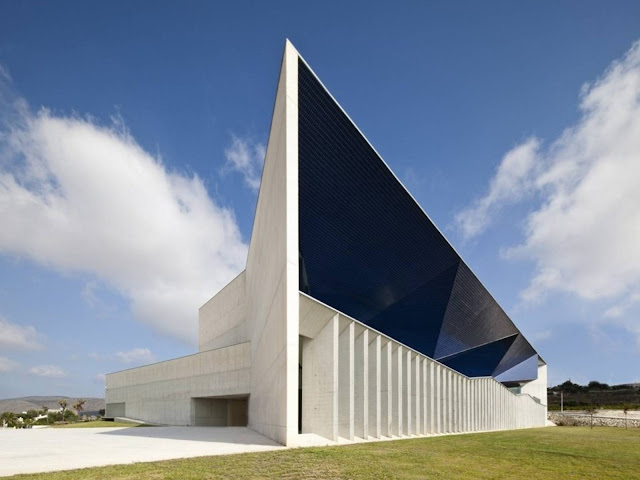 Such a singular location will allow the building to perform as a link between the two urban centers which are physically separated, but which share territory, landscape and of course culture.

This significant presence of the new building in the city and the landscape underlies all the essential decisions regarding spatial configuration and formal definition of the proposal. 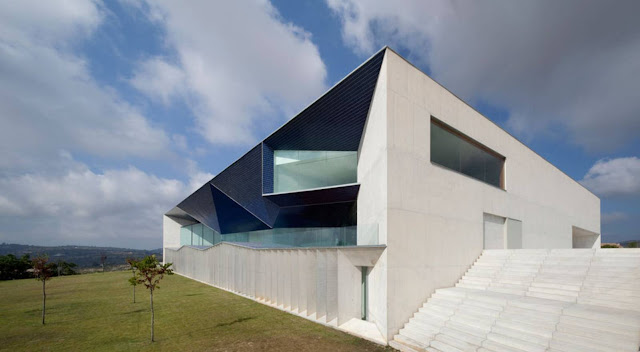 Awareness of the topographical features and the unevenness of the plot have provided the remaining references. The auditoria are designed to adapt to the natural topography of the plot, which descends towards the southwest and frees the main access areas on its northeast and southeast perimeter. 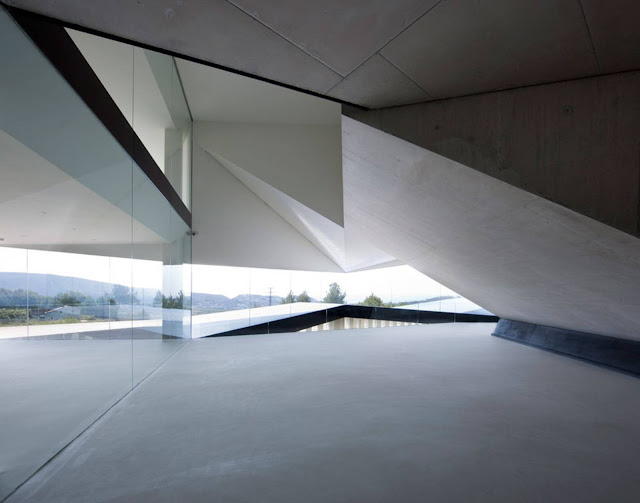 These accesses are organized and oriented to afford the best views of Moraira and the sea, so underscoring the “articulating” role of the building. The halls flanking the main auditorium are particularly important, becoming large viewpoints onto the sea. 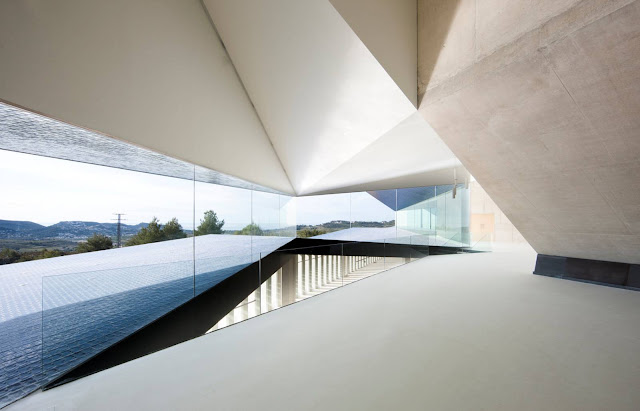 Their configuration and construction follow the guidelines of a large space-façade, deep, geometric and carefully sculpted as if it were a diamond, always bearing in mind the position of the Mediterranean sun, which in this orientation would glare down relentlessly. 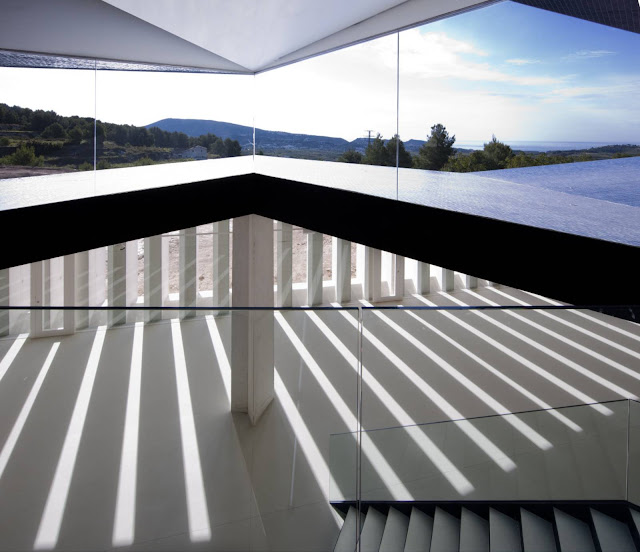 This side façade formally combines all the project guidelines. As carefully carved pieces, it contains the cafeteria and restaurant and an exhibition area at a lower level, all of them with views onto the Mediterranean. 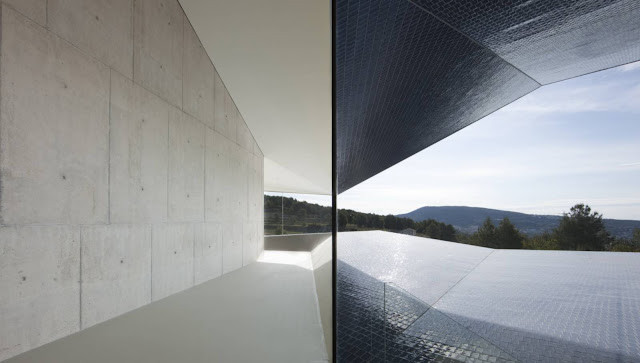 As the ceiling, the floor of this “large opening” folds to evoke the seashore rocks, which from afar seems to blend with the water. At night this façade will act as a backdrop, a lighthouse that will shine over the paths that join Teulada and Moraira. 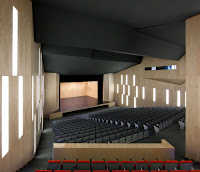 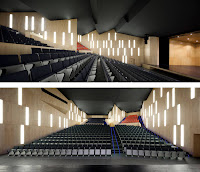