The New Library is a proposal for the Berlin Central Library. Strategically sited within the city adjacent to the new Tempelhoff Park this landmark is established to the West access. This new library should be viewed as a point of departure and is directly associated to the city’s commitment to future urban development within this area of the city.

The New Library is in its essence is a flexible evolving system. The building’s infrastructure or framework in the most fundamental of terms is conceptually a type of shelving. The grid of columns, beams and slabs form the visible skeleton providing the necessary infrastructure for all of the amenities and programmatic spaces for the library itself. 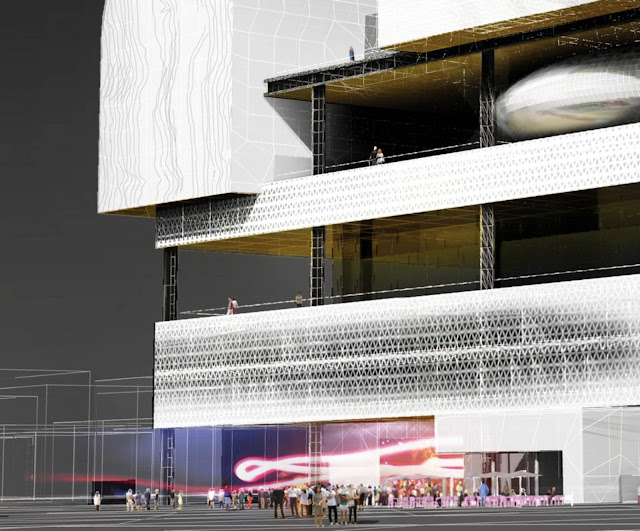 The event shelve will be located at the Ground Floor. This open configuration offers continuity to the park and to the city, which also provides an opportunity for different festivals, parties, exhibitions or events to take advantage of the libraries flexible capabilities.

Shelves 1 and 2 programmatically are intended to be office spaces for the library. Librarians have easy access to the office shelve which provides numerous flexible and varying work space configurations with abundant natural daylight and views. 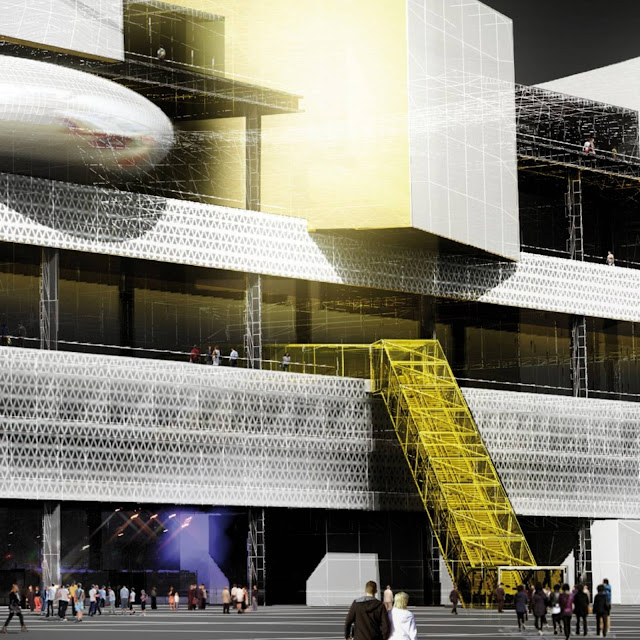 The 3rd shelve of the building establishes the main lobby or the grand hall of the library. Two monumental escalators detached from the building which take people from the landing strip, and bring them into the elevated grand hall. This provides a breathtaking and privileged 360º view of the city and park. The landing strip also becomes the main entrance plaza to the library and the main access to the park.

Once inside the hall, the visitor will be attracted to the large diagonal central void where a system of escalators connect the library to the various collections spaces. A large skylight illuminates this central portion of the building which ensures a clear visual connection to the vertical circulation throughout the building. 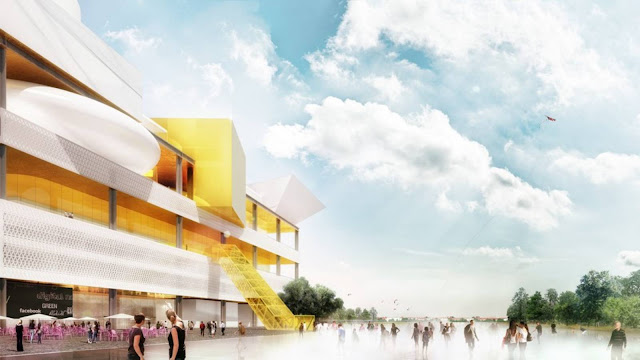 The last 4 shelves are strictly dedicated to collection spaces and varying specialized library elements (reading, studying rooms, etc). Here, the shelving system is highlighted. Various specialized elements are assorted in the 5 different volumes which are placed at the top of the shelve framework. Each element is reconfigured, organized and represented with a different geometry based on the differing function. These elements are harmoniously organized based on their dynamic nature and ambience which, creates an incredible monumental space with a dominant zenithal light which is inspired by the greatest of libraries such as Boullee, Asplund, Aalto, Scharoun. 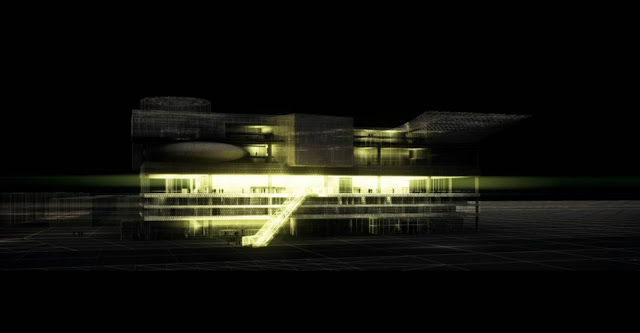 Within the urban perception of the library, the playful objects as seen from the outside emerge from the rational infrastructure or framework of the shelves. These objects invite people to experience The New Library as well as new development and square located behind. This place is to be viewed as one of world connections and shared experiences.