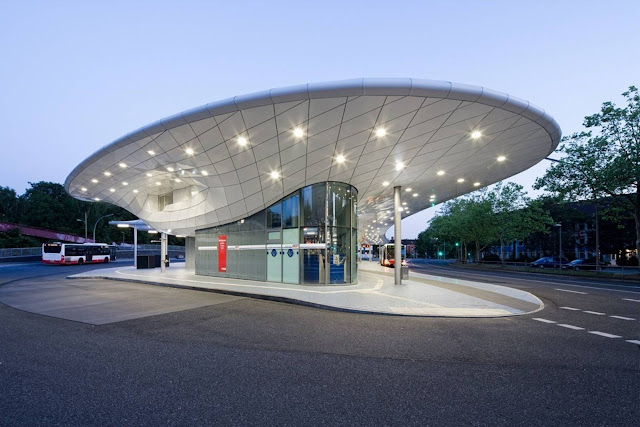 The construction of the Hamburg Poppenbüttel station connects the bus stations to the train station and the P+R parking garage through a central pedestrian bridge. It is a first component of the restructured and expanded transportation junction Poppenbüttel. 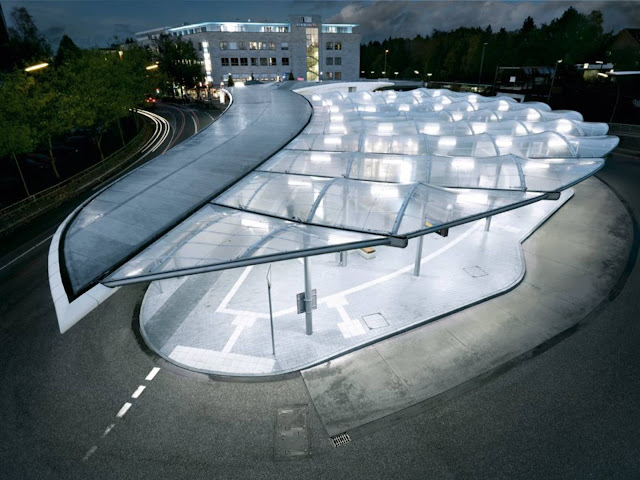 The design concept called for an ensemble of buildings with a floating wing and a transparent roof. A guiding principle was the idea of building a sculpture in the air. 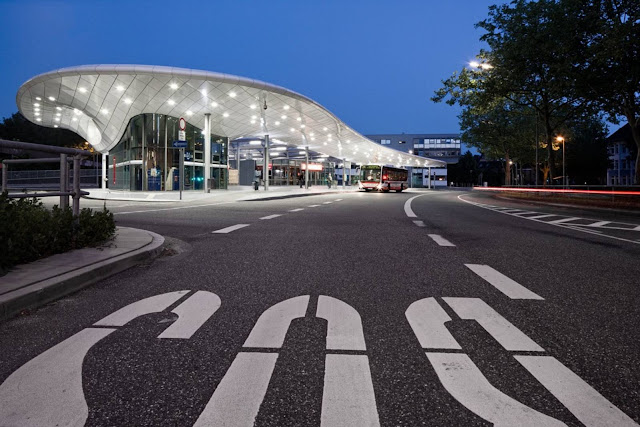 The hovering wingshaped roof, with its 1800 m²-surface area, is the striking design element in the modernised bus station, and its light almost floating appearance makes a major impact. 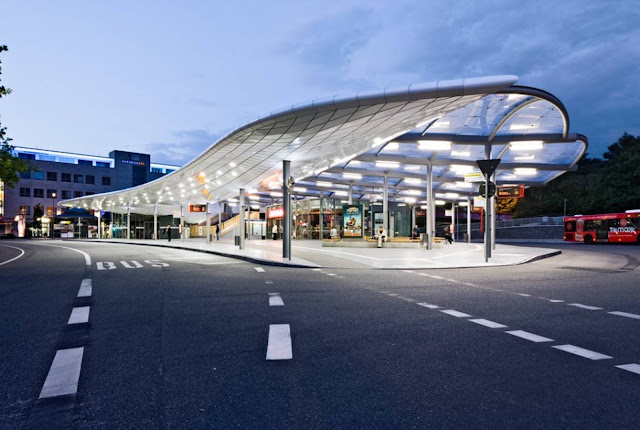 The flooring comprises only a few materials, which you might say ‘flow’ under the wing and further emphasise the suspended character of the roof. 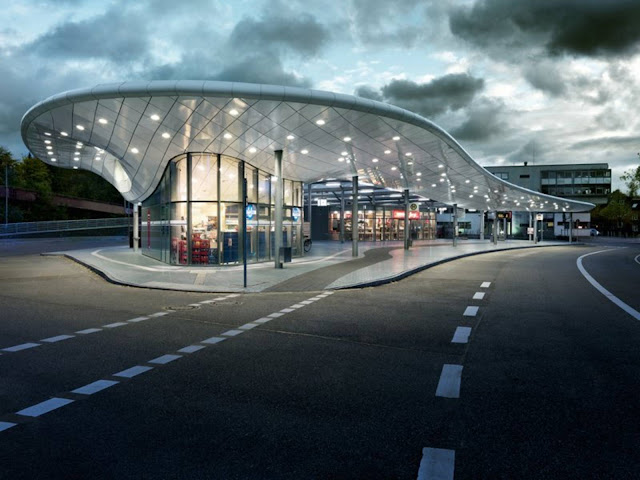 The sail itself is supported by steel supports. ALUCOBOND® cladding, bent along two axes, merges seamlessly with the membrane surface. 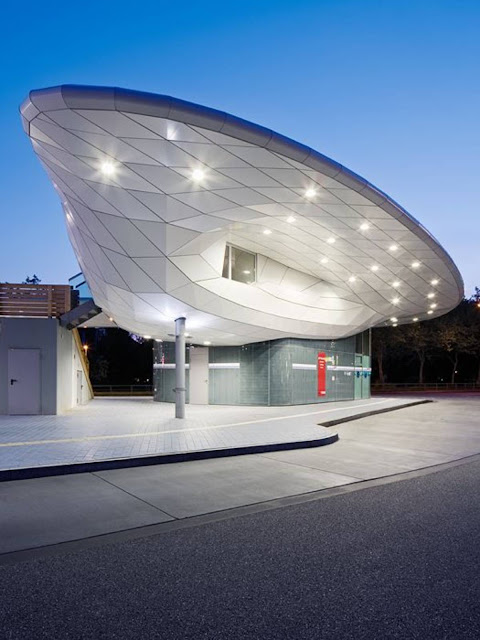 Premises belonging to the Hamburg Elevated Railway are located under the mixture of wing and membrane roof as are toilet facilities, shops, break rooms for the drivers and waiting areas for the passengers. 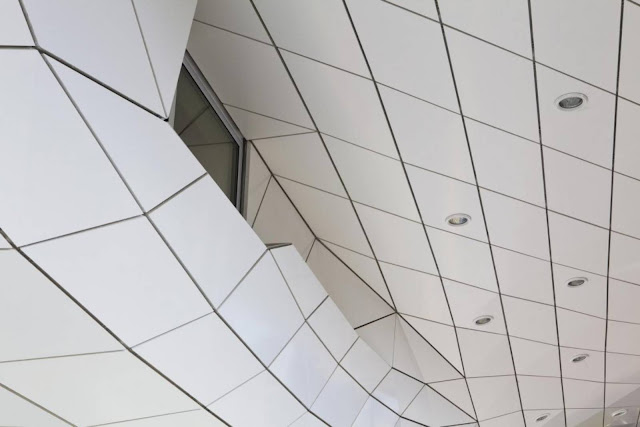 Eight bus bays are located around the island allowing buses to access them independently. The limited capacity of the old bus station, built in 1973, was the crucial factor in prompting the modernisation. 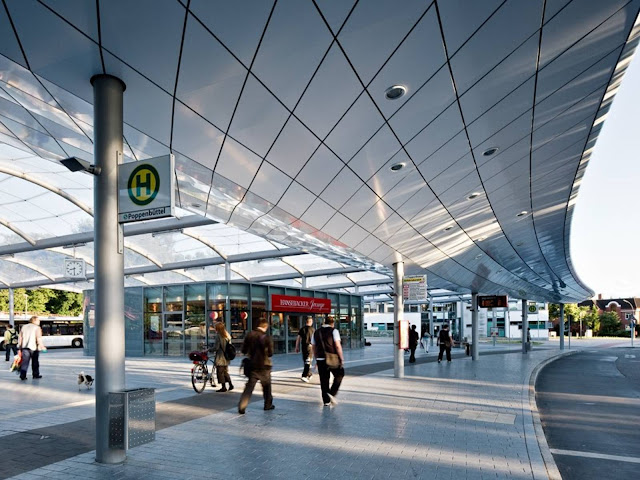 Less than fifty years ago, only 20.000 passengers passed through Poppenbüttel every day; nowadays that figure has tripled. 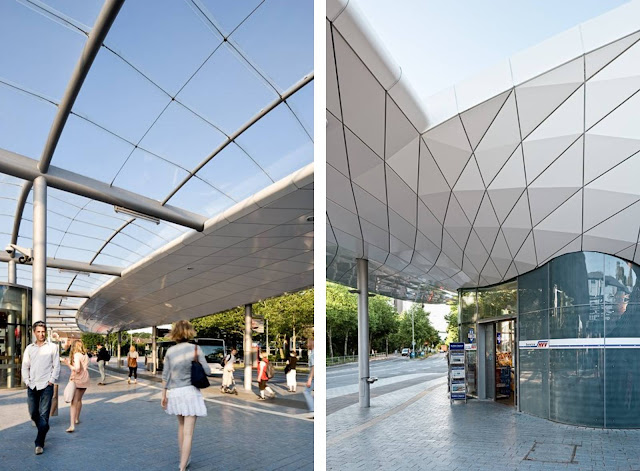 The bus transfer station has been transformed from a sheltered waiting area in the centre of Poppenbüttel into a flagship of public transportation and urban planning. 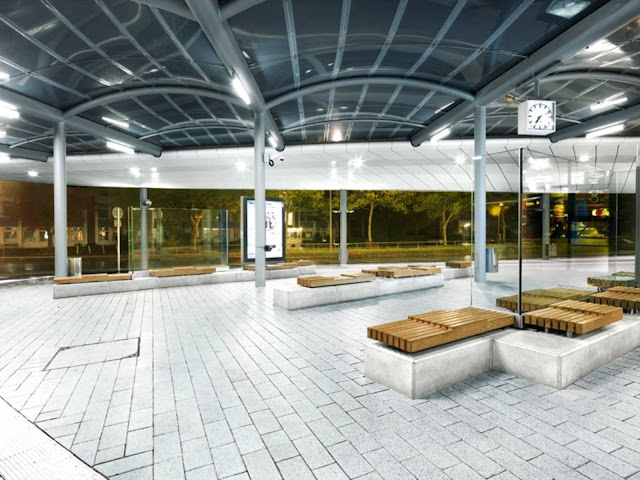 The Hamburg Architecture and Engineering Association (AIV e.v Hamburg) has awarded the bus station the title “Building of the Year 2009”. The jury particularly appreciated the lightness and transparency of the new building.