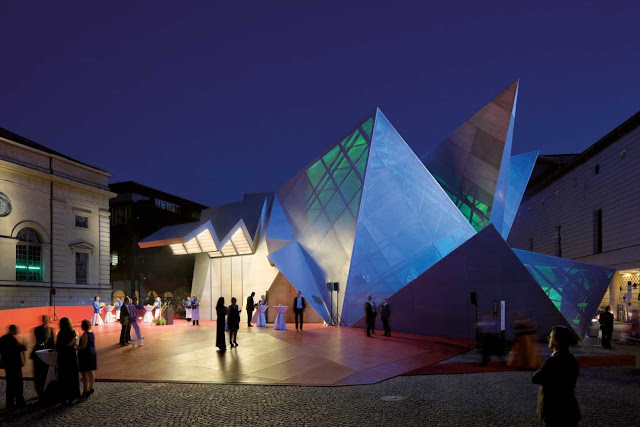 The task which we had to solve with our design was to create a space with 300 seats (or 700 standing spectators) for experimental performances of the Bavarian State Opera. 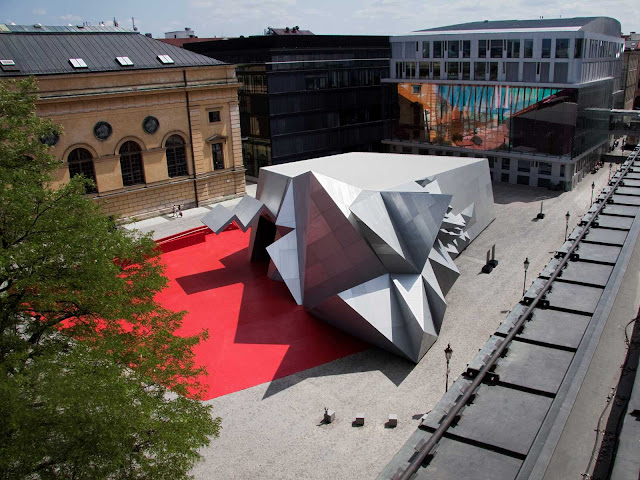 The Pavilion should be dismountable, transportable and re-mountable and make the respective urban space distinctive through its shape. Mass and therefore weight are the decisive criteria for good acoustics. 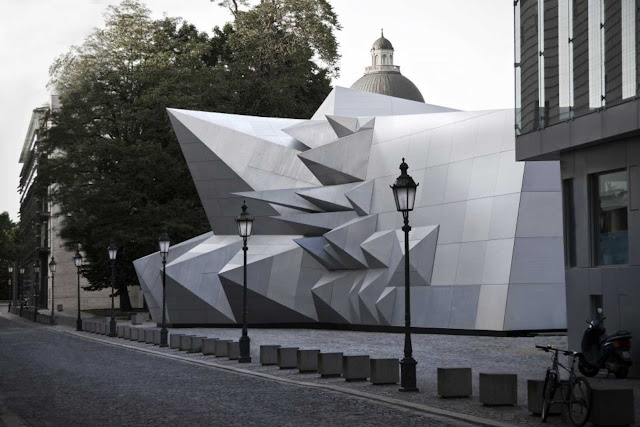 The conception of the Pavilion 21 MINI Opera Space therefore had to overcome a contradiction: to design a lightweight construction which must allow to be dis- and re-assembled quickly, but which at the same time meets the acoustical requirements of a concert hall. 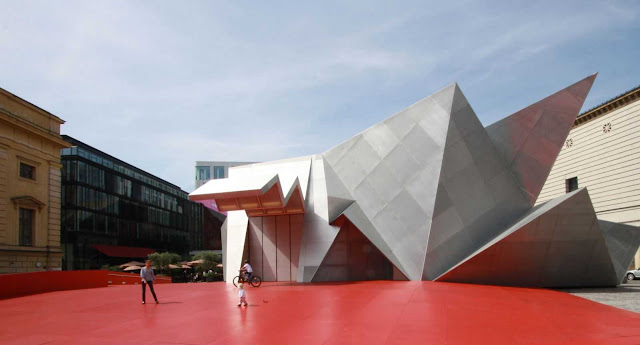 Hence how do we create the conditions for good acoustics despite a reduction of mass? Already the first considerations fixed in drawings show the basic concept of the Pavilion to introduce elements which are on the one hand the spatial transformation of sound sequences, and which on the other hand develop sound reflecting and absorbing properties through their pyramid-like shape: “Soundscaping”. 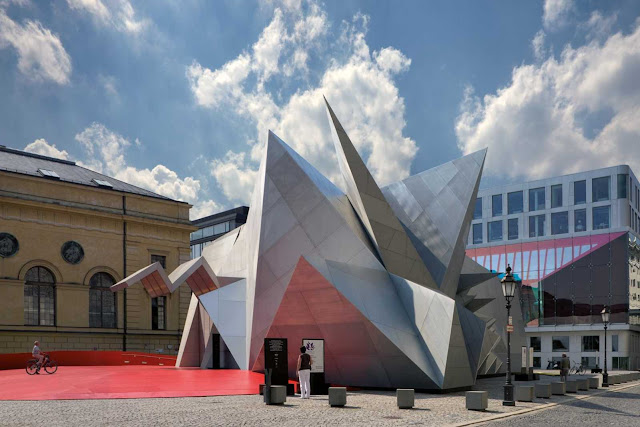 The idea to combine architecture with music is not new. Also the term soundscaping is not new. Similar to landscaping it involves “Gestalt”. Soundscaping originates in the 1940’s and designates a method of composing.

In architecture, Le Corbusier and Iannis Xenakis together engaged in the topic of music and architecture when they thought about three-dimensional implementation of musical compositions (Le Corbusier’s Philips Pavilion and the partition of the windows in La Tourette). 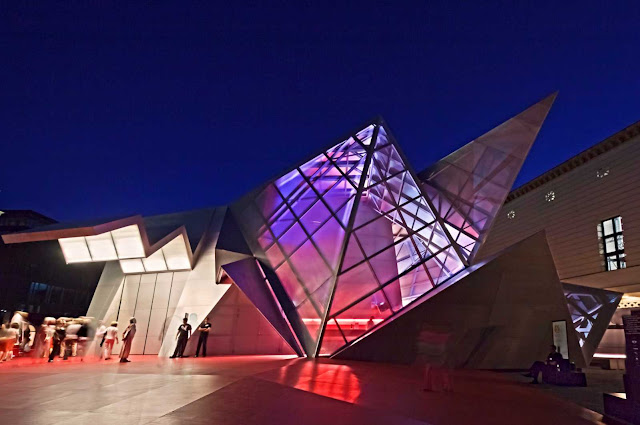 As a starting point towards the abstraction of music into spatial form, a sequence from the song “Purple Haze” by Jimi Hendrix and a passage from “Don Giovanni” by Mozart were transcribed. 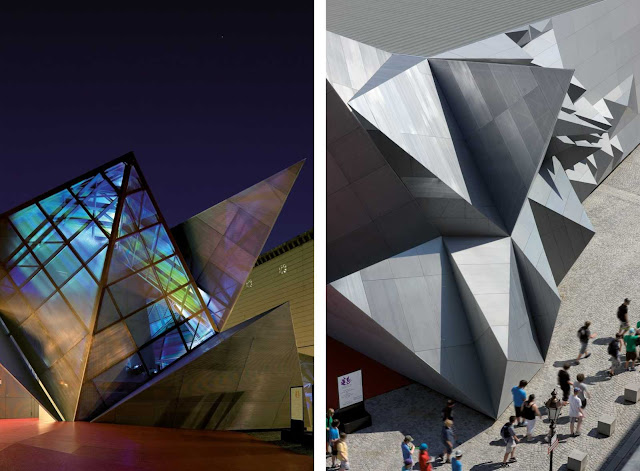 Through the analysis of frequency sections from these pieces of music and through the combination with the computer generated 3D model, the sequences are translated into pyramidal “spike constructions” by means of parametric “scripting”.