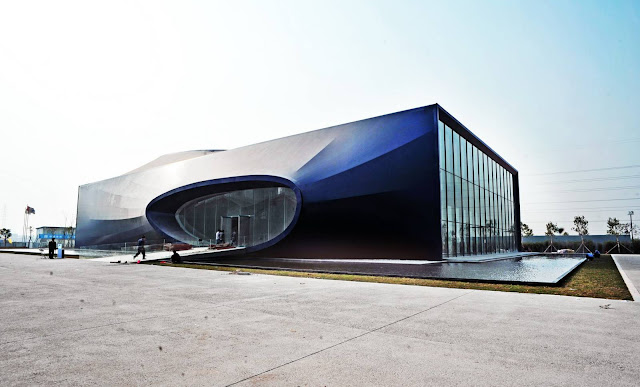 Thanks to the reform and opening-up policy 30 year ago, Shenzhen successfully evolves into an international metropolis today. 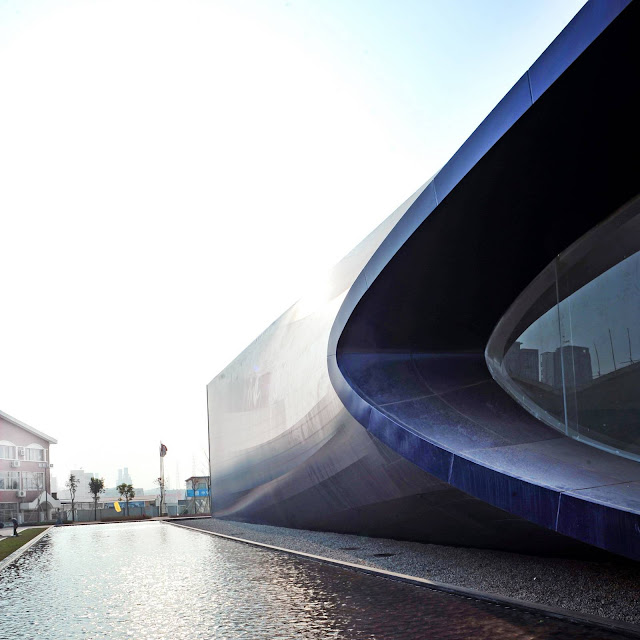 Qianhai, in the west of Shenzhen, is positioned as a new urban center as well as a pilot area and a breakthrough point of Shenzhen’s further development. 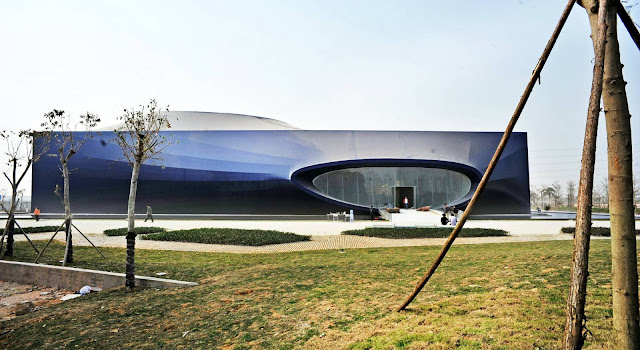 The building is located in Liyumen parcel of Nanshan district where Dongbin Road and Yueliangwan Road meet, whereas Yueliangwan Road forms the boundary between existing urban area and Qianhai new area. 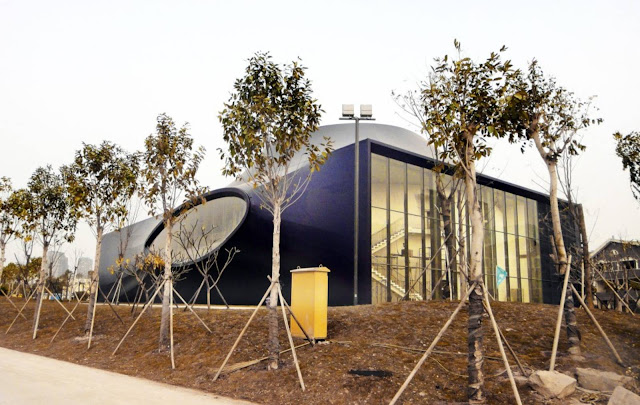 As in the master plan, the rectangular building with longer sides in parallel with Yueliangwan Road looks as if it is expanding outward. It addresses the main entrance facing the Yueliangwan Road and creates on the back a window of the future that opens to the sky. 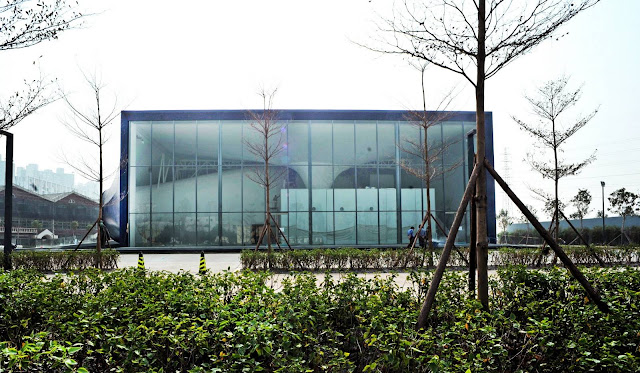 The exhibition center is meant to route visitors from existing urban area into the new area, allowing them to overlook the entire Qianhai through the window of the future. 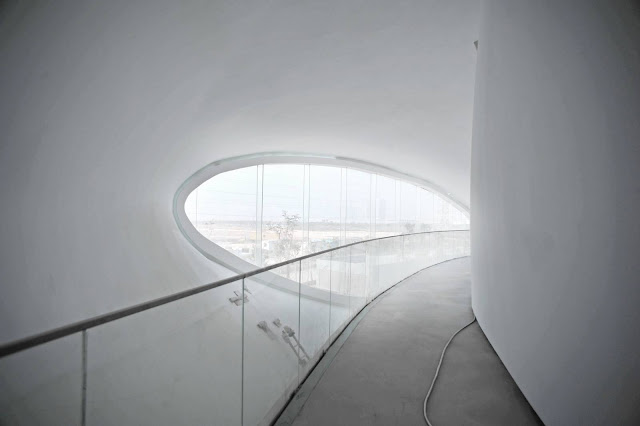 Its architectural form and spatial design collectively tells a story of the city’s today and tomorrow. Qianhai Exhibition Center expresses the idea of the new area’s aggressive breakthrough and structural reform in an abstract way. 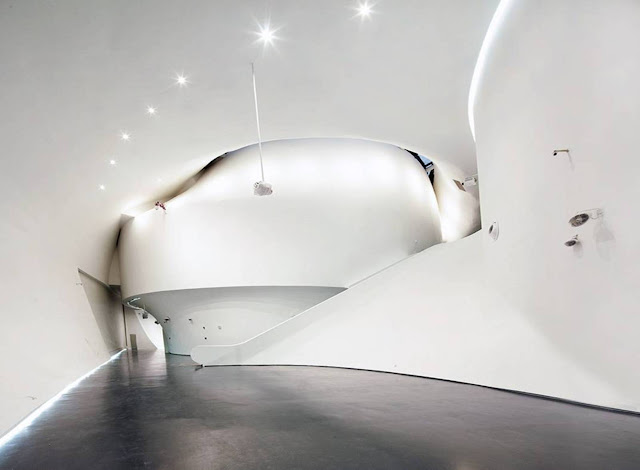 Its expansive and stretching architectural design along with its simple and impressive spatial language reflect the theme of facing the future. 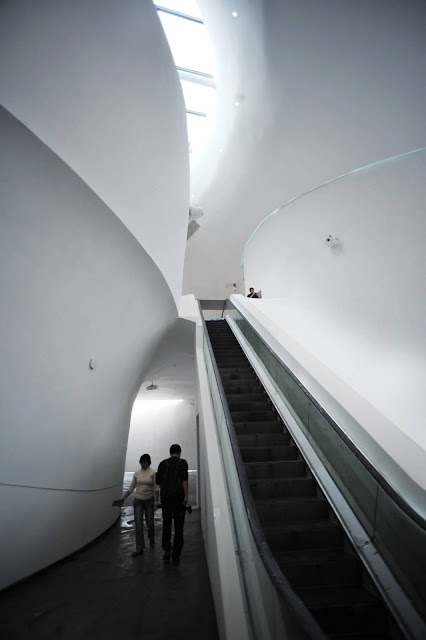 This ad hoc exhibition center acts as a pioneer, followed by numerous prospective construction projects that will make Qianhai new area a hot spot. The building is constructed out of membrane material which features provisionality and is in concert with the on-site location.