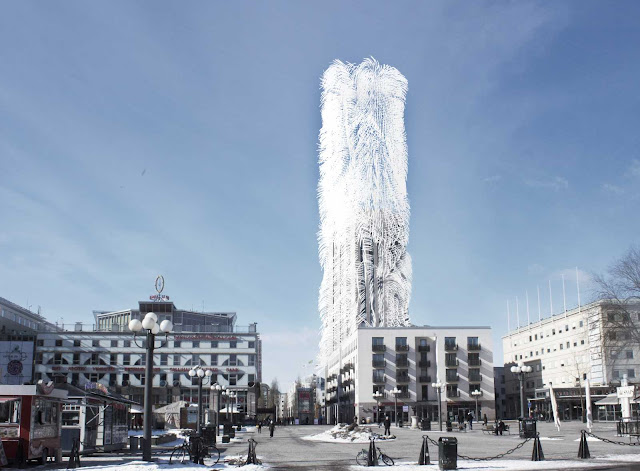 STRAWSCRAPER is an extension of Söder Torn on Södermalm in Stockholm with a new energy producing shell covered in straws that can recover wind energy. What was supposed to become a building of 40 flights became 26. Söder Torn on Södermalm in central Stockholm was finalized 1997, but the architect Henning Larsen had already left the contract after having lost influence over the design of the tower. 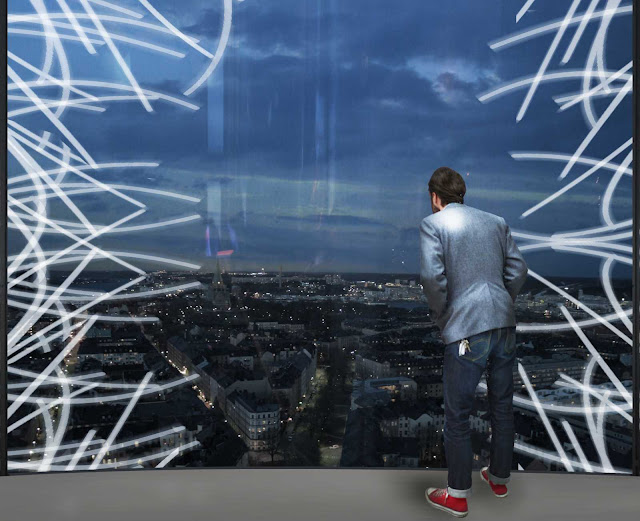 Belatchew Arkitekter wants to give Söder Torn its original proportions and at the same time explore new techniques that could create the urban wind farm of the future. By using piezoelectric technology a large number of thin straws can produce electricity merely through small movements generated by the wind. The result is a new kind of wind power plant that opens up possibilities of how buildings can produce energy. 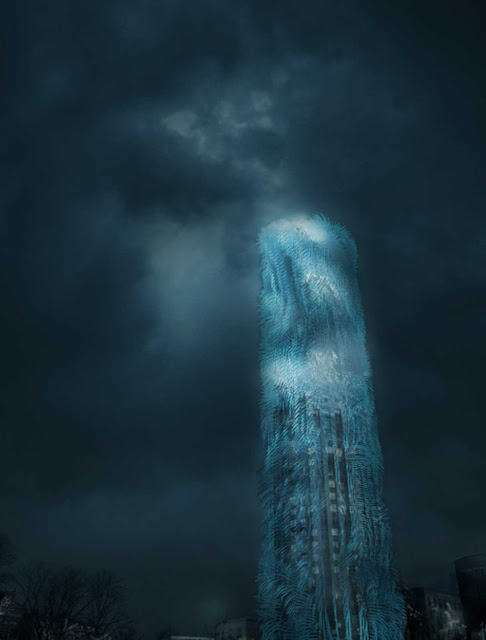 With the help of this technique surfaces on both old and new buildings can be transformed into energy producing entities.  Furthermore, an additional aspect is revealed when the constant movement of the straws creates an undulating landscape on the facades. What is usually considered to be the most static of all things, the building, suddenly comes alive and the construction gives the impression of a body that is breathing. 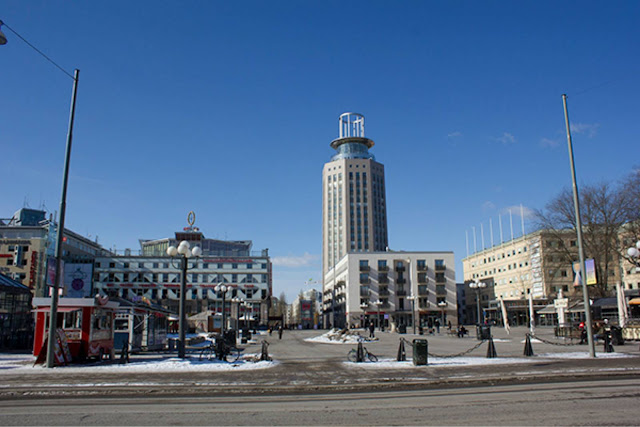 The straws swaying in the wind gives the building a constantly changing facade further reinforced at nighttime with lighting in changing colors. The straws of the facade consist of a composite material with piezoelectric properties that can turn motion into electrical energy. Piezoelectricity is created when certain crystals’ deformation is transformed into electricity. 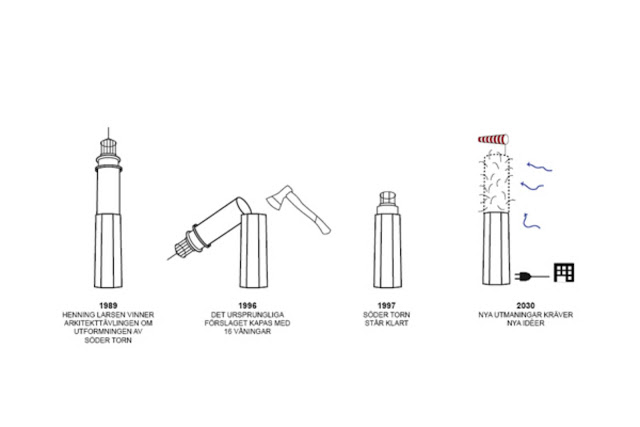 The technique has advantages when compared to traditional wind turbines since it is quite and does not disturb wildlife.  It functions at low wind velocity since only a light breeze is sufficient for the straws to start swaying and generate energy. The existing premise on top of the building is replaced with a public floor with room for a restaurant. The new extension creates, a part from the energy producing shell, room for the citizens with the possibility to reach a lookout platform at the very top of the tower with an unmatched view of Stockholm.