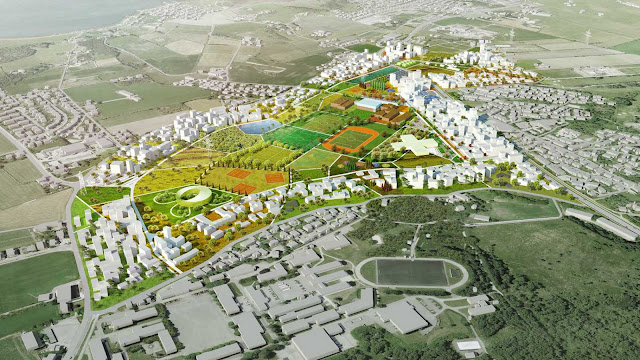 Madla-Revheim is the main development area outside Stavanger, for which MVRDV and Space Group were to implement 4000 housing units on the 780acres site area, in addition to public programs and sports facilities. 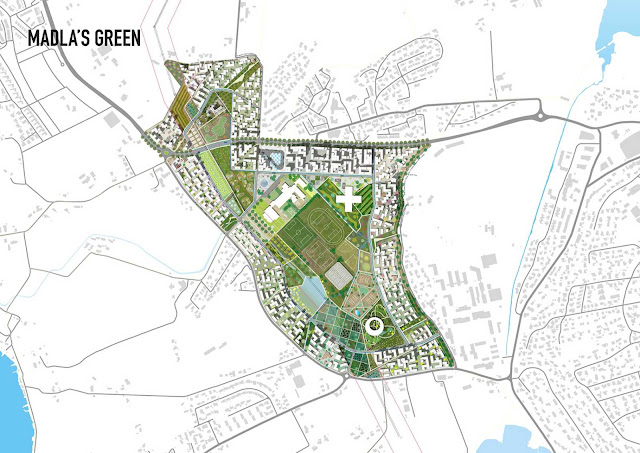 The aim of the comission being to develop models for sustainable growth on the site, considering development principles, transportation systems and built structures as parts of one whole. 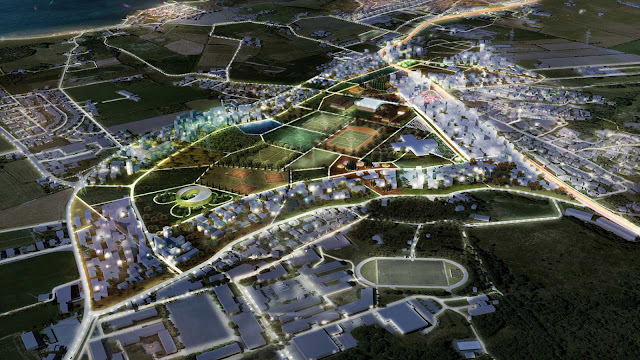 Stavanger has established a unique position both in a Norwegian context and internationally. A culture of ambition, innovation and entrepreneurship has shaped the city into what it is today Europes capital of Energy, a strong cultural hub and a destination for breathtaking extreme sport. 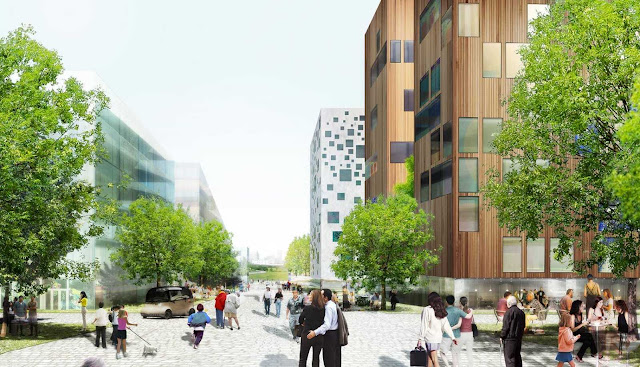 Due to the booming offshore industry the region has doubled its population since 1950 and is continuing to grow rapidly. Currently Stavanger/Sandnes has the second largest growth rate in the country. This makes urban densification both a necessity and a desire. 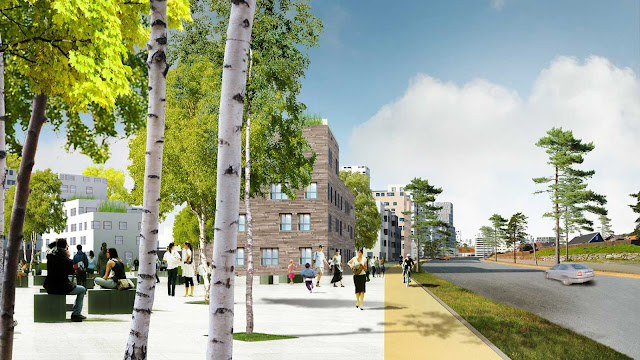 Madla Revheim is positioned at the point where the urban and the rural meet, the area seems perfectly suited to set a new example for how sustainable growth can be facilitated in the Stavanger region. 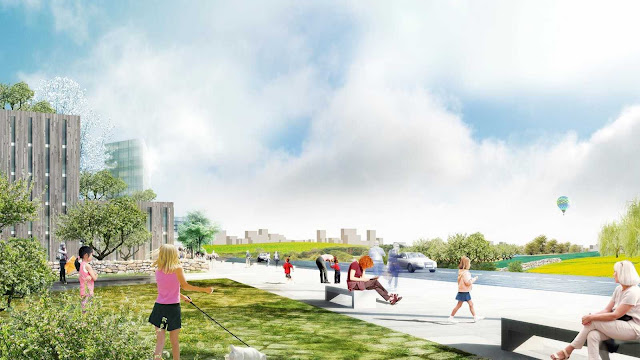 Identifying two clearly defined zones a green zone and an urban zone allows concentrating development along the perimeter of the site in order to realize the collective quality of a large scale common space, a recognizable quality at the heart of the development: Madlas Green. 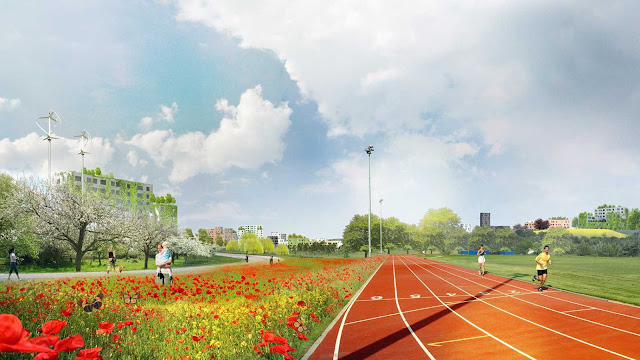 The development avoids the equal distribution of program and realizes green and urban that strengthen each other in a symbiotic manner. It answers to the site conditions that define an ideal zone for housing on the perimeter and the development of an open green area in the central area. This allows for the development of a unique character that combines the inserted urban qualities with the existing rural qualities. 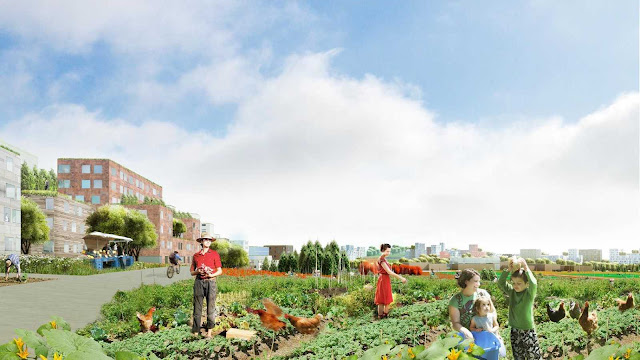 MVRDV from the Netherlands and the Norwegian Space Group joined forces for this project executed for Stavanger Kommune. Environmental engineer is Norconsult. The plans will be used for further discussion and are part the development proces for the area. 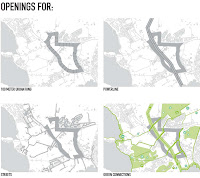 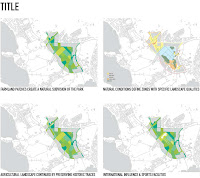